R.E.M. was formed in Athens, Georgia, in 1980 by singer Michael Stipe, bassist Mike Mills, guitarist Peter Buck, and drummer Bill Berry. In 1992, the band released their eighth album, Automatic for the People. In honor of the 25th anniversary of its release, in this episode, Michael Stipe and Mike Mills take apart the song, "Try Not to Breathe."


Song Exploder is a podcast where musicians take apart their songs, and piece by piece, tell the story of how they were made. Each episode is produced and edited by host and creator Hrishikesh Hirway in Los Angeles. Using the isolated, individual tracks from a recording, Hrishikesh asks artists to delve into the specific decisions that went into creating their work. Hrishikesh edits the interviews, removing his side of the conversation and condensing the story to be tightly focused on how the artists brought their songs to life.

Link to episode
posted by roger ackroyd (3 comments total) 10 users marked this as a favorite
“‘I have seen things that you'll never see.’ I pulled that line from the original Blade Runner. I brought the climatic death scene of the android Roy Batty into my grandmother's voice to create this beautiful kind of narrative. The record became a lot about death and passage and transition. Looking at America was and where the world was in 1991 and 1992 when we were working on this, the whole world was in great transition. The Berlin Wall had just come down, the Soviet Union was basically dissolved. In America, we were at the end of the Reagan and Bush Senior years, and I had watched intimately an entire community decimated by AIDS and the AIDS epidemic, I had grandparents who were at the ends of their lives, and for us, we were in our early thirties, we had made it through our twenties, which I had never expected to have happen. I thought that I was going to die before I made it to thirty. So here I was kind of looking at that from the other side. That was reflected the themes that dominated the making of Automatic for the People. But it's not just death and it's not all darkness. There's lightness and humor and levity in there, hopefully, and transition. A door closes and another one opens.” - Michael Stipe
posted by roger ackroyd at 2:24 PM on February 1, 2018 [3 favorites]

I enjoy Song Exploder in general, but this episode was outstanding. I've listened to this song a million billon times but hearing it taken apart like that was absolutely astonishing.

I wish they would do this with every song on the album. I know they did a 25th anniversary reissue; if they "exploded" other songs I would buy it at twice the price (which, now that I've looked it up is $85.)

Never listened to this show before but that was a great episode, thanks for highlighting. I'm more of a New Adventures in Hi-Fi man myself but Automatic for the People is a rare album that doesn't really have a duff track on it.
posted by slimepuppy at 3:31 AM on February 2, 2018 [2 favorites] 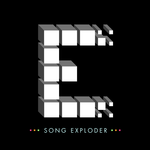