That little 12 year old has been all over the talk shows. And all of this is giving my old jaded heart a little glimpse of hope. Samantha put into words what I've been feeling for a while, that I didn't think anything would change either, but now it might.

I was surprised to learn that there's basically no oversight on district attorneys. Or that they were 95% white, although I guess I shouldn't be surprised by that. But the 85% running uncontested every election is staggering.
posted by numaner 1 user marked this as a favorite
« Previous Episode  |   Next Episode »
« Older The X-Files: Nothing Lasts For...   |  Tatort: Im toten Winkel... Newer » 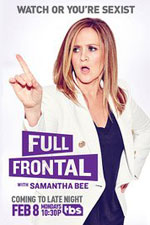