Three buddies wake up from a bachelor party in Las Vegas, with no memory of the previous night and the bachelor missing. They make their way around the city in order to find their friend before his wedding.


Empire: On the face of it, The Hangover doesn’t look particularly promising, nor, to be honest, terribly original. The ‘bachelor party gone wrong’ is a well-established comedy sub-genre and the prospect of yet another bunch of shit-faced yuppies getting into scrapes with hookers is hardly one to savour. Mercifully, and very astutely, The Hangover avoids the clichés — the majority of them, at least — by starting where most movies of this ilk finish: in the aftermath of the ruinous carousing rather than the preamble to it. In fact, sparing us the gratuitous party scenes is not just good sense but an intrinsic element of the narrative since, thanks to a self-administered mickey that turns out to be roofies rather than E, the central characters have no more idea of what went on the night before than we do.

Roger Ebert: "The Hangover" is a funny movie, flat out, all the way through. Its setup is funny. Every situation is funny. Most of the dialogue is funny almost line by line. At some point we actually find ourselves caring a little about what happened to the missing bridegroom -- and the fact that we almost care is funny, too.

SF Chronicle: This comedy, though hysterically funny for over an hour, loses some steam in its last act. But it never comes close to derailing and never does the fatal thing of becoming dishonest and sappy, as so many comedies (and all sitcoms) do. Maybe the audience gets exhausted from laughing.

Throughout, the filmmakers resist the temptation to go too far, either into flat-out tastelessness or into perilous plot turns. Just when they seem they might, they always pull back, and that's good. After all, "The Hangover" is not about anything truly horrible, but rather about the kind of seemingly horrible time that makes for great memories.

NYTimes: The tiny handful of women who have speaking roles in “Hangover” may at first seem to be conventional figures in the straight-male imaginary — the sweet and patient bride; the emasculating, hypocritical shrew; the friendly prostitute (a sunny Heather Graham) — but they are all really incarnations of mommy. There is a bad mommy who won’t let you play, a good mommy who cleans up your mess and kisses your boo-boos and an extra special mommy who offers you her nipple even when you don’t pay for it as most of the other kids do. What hangover? This movie is safe as milk.

LATimes: When you tire of Stu whining over his missing tooth, or the endless invective of a small, naked, gay Chinese high-rolling mobster named Mr. Chow (Ken Jeong) representing every possible cliche and racial slur rolled into one angry body, Alan is there doing the hard emotional work of "The Hangover." While his scenes with the baby are priceless (and sometimes tasteless), Alan turns out to be the one with the emotional depth.

Piece by sordid piece, the night starts coming back to them: the hospital, the police station, the wedding chapel, and, in keeping with its theme of overindulgence, much more. Some bits are better than others, but one of the best comes when former heavyweight champ Mike Tyson enters the picture, his right hook still deadly and his version of Phil Collins' "In the Air Tonight" already a YouTube classic.

The Uncensored Oral History of 'The Hangover'

UPDATED: How 'The Hangover' Got Made (P.S., It's Based On Someone In H'wood)

The Hangover Reimagined as a Horror Movie
posted by MoonOrb (3 comments total) 1 user marked this as a favorite
I kinda sorta liked this movie, but this made me hate Ken Jeong. I'm Canadian of Chinese descent and old enough to despise someone a decade older. Also actually (benignly) queer and have been called/ bullied on it as a child.

Found out later during a night show circuit that he got his MD from UNC and is a licensed medical doctor in CA. This fact doesn't help any.

The kinda sorta like comes from laughing at these characters rather than with them.

Not a fan of "redemption" endings for movies with awful characters - that's why I'm a big fan of 'Very Bad Things' because the conclusion is the logical outcome for that group of terrible people.
posted by porpoise at 10:30 PM on March 31, 2018 [1 favorite]

Around the time this came out, my therapist spent ten minutes of a session telling me how funny it was, while I sat there doing mental math on how much that recommendation was costing me.
posted by roger ackroyd at 2:43 PM on April 1, 2018 [5 favorites]

I really wanted the "nice guy" character at the end to have the sex worker turn to him and said, "By the way, it's double for the girlfriend experience. Pay up."
posted by praemunire at 7:52 PM on April 1, 2018 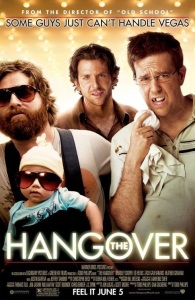