The highest homicide and hates crime rate in the country. A mayor charged with extortion. A police chief who faced trial for obstruction of justice. Nine tragic deaths of Indigenous high schoolers. Why does it all happen here?


A Canadaland podcast with excellent production value (on a par with Serial, imho), Thunder Bay is written and narrated by First Nations comedian/reporter Ryan McMahon, who has some history locally, which provides him with the motive and empathy to want to get to the bottom of pretty dark events.

Ep. 1: Locals call it Murder Bay. It might be the most dangerous city for Indigenous youth in the world. But to others, it's their white nirvana. Host Ryan McMahon wants to know - not who killed all those kids, but what killed them. This is Thunder Bay.

Ep. 2: A dark, grainy, cellphone video leads to criminal charges against the mayor, his wife, the chief of police, and a multimillionaire lawyer turned convicted sex offender, whose wife disappeared years ago.

Ep. 3: Nine teenagers died. There is evidence of foul play. There are suspects. There are motives. There have even been confessions. But nobody has ever been charged. In a town with no consequences, it will happen again.

Here's an article/interview with McMahon about the podcast, and potential local reaction.

(Here is Canadaland's Patreon, through which this series was financed.)
posted by progosk (7 comments total) 3 users marked this as a favorite
This is a terrific podcast series which deserves attention. I'm two episodes in now.
posted by bowline at 8:24 PM on October 30, 2018

Just started it and it is gripping.

I've been waiting for this to come out for a while, and it's good.

I have a family in and around Thunder Bay, and I visit every year or two. It's virtually impossible to understate the depth and intensity of the anti-indigenous racism that white people in and around Thunder Bay harbour. And they're happy to tell you how racist they really are. Hop on the TransCanada and visit some of the smaller communities up and down the north shore of Superior, like where my inlaws live, and it gets even darker.

Thunder Bay's white majority, as McMahon has already demonstrated, are collectively incapable of managing their own affairs. They turn this disgust with their own ignorance and stupidity outwards, on First Nations kids whose families have had no choice but to send them hundreds of kilometres away to attend school, in a city they are unfamiliar with, and whose citizens loathe them.
posted by mandolin conspiracy at 7:20 AM on November 1, 2018 [3 favorites]

This is really great work. I just finished episode 4, which was horrifying though not entirely surprising. I’m so impressed with the series and will be keeping up my monthly Patreon payments to Canadaland.
posted by Cuke at 8:57 PM on November 16, 2018

A really good piece of companion listening (and/or reading) are Tanya Talaga's Massey lectures. I attended the one in Toronto and it was very good. She made a point of giving the first one in Thunder Bay, and Nishnawbe Aski Nation put up the sponsorship to make that one a free event:

Lecture 1 in Thunder Bay: We Were Always Here

Lecture 3 in Vancouver: The Third Space

Lecture 4 in Saskatoon: 'I Breathe for Them'

Her book Seven Fallen Feathers provides some more background (and McMahon's been using some of it as source material for Thunder Bay). It's definitely worth reading.
posted by mandolin conspiracy at 1:03 PM on November 17, 2018 [2 favorites]

This is a pretty good follow up to the show:

The Making Of Finding Cleo And Thunder Bay
posted by mandolin conspiracy at 1:53 PM on December 3, 2018 [1 favorite]

The Office of the Independent Police Review Director has released its report on Indigenous People and the Thunder Bay Police Service (pdf).

Our detailed review of cases involving sudden deaths of Indigenous men and women found TBPS investigators failed on an unacceptably high number of occasions to treat or protect the deceased and his or her family equally and without discrimination because the deceased was Indigenous.

TBPS and its officers have attempted to explain the deficiencies in the investigations by referencing their workload as well as a lack of training and resources. In my view, these explanations cannot fully account for the failings we observed, given their nature and severity.

The failure to conduct adequate investigations and the premature conclusions drawn in these cases is, at least in part, attributable to racist attitudes and racial stereotyping. Racial stereotyping involves transforming individual experiences into generalized assumptions about an identifiable group defined by race. We observed this process of generalization based on race in a number of the investigations we reviewed.

Officers repeatedly relied on generalized notions about how Indigenous people likely came to their deaths and acted, or refrained from acting, based on those biases.

My finding that investigations were affected by racial discrimination does not represent a determination that all TBPS officers engaged in intentional racism. However, overall I find systemic racism exists in TBPS at an institutional level.
posted by mandolin conspiracy at 12:03 PM on December 12, 2018 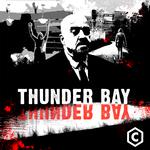