A San Francisco cartoonist becomes an amateur detective obsessed with tracking down the Zodiac killer.


Roger Ebert outlines the accomplishments of the film in his 2007 film review:

"Zodiac" is the "All the President's Men" of serial killer movies, with Woodward and Bernstein played by a cop and a cartoonist. It's not merely "based" on California's infamous Zodiac killings, but seems to exude the very stench and provocation of the case. The killer, who was never caught, generously supplied so many clues that Sherlock Holmes might have cracked the case in his sitting room. But only a newspaper cartoonist was stubborn enough, and tunneled away long enough, to piece together a convincing case against a man who was perhaps guilty.

The film is a police procedural crossed with a newspaper movie, but free of most of the cliches of either. Its most impressive accomplishment is to gather a bewildering labyrinth of facts and suspicions over a period of years, and make the journey through this maze frightening and suspenseful. I could imagine becoming hopelessly mired in the details of the Zodiac investigation, but director David Fincher ("Seven") and his writer, James Vanderbilt, find their way with clarity through the murk. In a film with so many characters, the casting by Laray Mayfield is also crucial; like the only eyewitness in the case, we remember a face once we've seen it.

Wikipedia has a detailed section about the development of Zodiac, of which one background story concerns the director's own personal history:

Fincher was drawn to this story because he spent much of his childhood in San Anselmo in Marin County during the initial Zodiac murders. "I remember coming home and saying the highway patrol had been following our school buses for a couple weeks now. And my dad, who worked from home, and who was very dry, not one to soft-pedal things, turned slowly in his chair and said: 'Oh yeah. There's a serial killer who has killed four or five people, who calls himself Zodiac, who's threatened to take a high-powered rifle and shoot out the tires of a school bus, and then shoot the children as they come off the bus.'" For Fincher as a young boy, the killer "was the ultimate boogeyman". The director was also drawn to the unresolved ending of Vanderbilt's screenplay because it felt true to real life, as cases are not always solved.

From the New York Times review by Manohla Dargis:

Informed by history and steeped in pulp fiction, “Zodiac” stars a trio of beauties — Jake Gyllenhaal, Robert Downey Jr. and Mark Ruffalo — all at the top of their performance game and captured in out-of-sight high-definition digital by the cinematographer Harris Savides. Mr. Gyllenhaal is the sneaky star of the show as the real-life cartoonist turned writer Robert Graysmith, though he doesn’t emerge from the wings until fairly late, after the bodies and the investigations have cooled. A silky, seductive Mr. Downey plays Paul Avery, a showboating newspaper reporter who chased the killer in print, while Mr. Ruffalo struts his estimable stuff as Dave Toschi, the San Francisco police detective who taught Steve McQueen how to wear a gun in“Bullitt” and pursued Zodiac close to the ground.

IMDb Trivia (more at link): "If it was so important, what did you do? Hovered over my desk? Stole shit out of wastebaskets? Oh, I'm sorry, I'm being unkind. You went to the library."

Links
Movie Trailer
The script (pdf)
posted by joseph conrad is fully awesome (9 comments total) 7 users marked this as a favorite
This is one of those movies I will never not watch if it comes up on TV or whatever. I watched it not so long ago for probably the 20th time, and it's such a fantastic film, just so well put together, ticking along, super-oppressive and tense and at times quite scary, but it also has some laugh out loud moments. It's tempting to say the script is a big part of it (and it is, I think), but for me, it's just one of those movies where everything comes together, from script to acting to cinematography.
posted by Joakim Ziegler at 11:10 PM on October 31, 2014 [2 favorites]

When I first saw it, I thought it was very slow going. I understood why it was that way, but I still felt like it was slow, too drawn out, not enough happening. But I like that about it now. I like that it's so elegantly paced. I like that the tension builds, but leaves you frustrated, just like everyone who has worked on this case has felt.

It was on BBC2 recently, right after the rumours had come through about Ruffalo playing Colombo. And, man, this film is everything you need for a casting reel. He has the look down so well, it's almost eerie. And you could see how great he would be at it too.
posted by Katemonkey at 1:23 AM on November 1, 2014 [1 favorite]

I've only watched this once because, even though I loved it, I was a bit afraid it might be less than I remembered if I went back to it. But I really liked the sedate pacing of it, that languid sense of doom, the suspense, the tragedy of obsession and wasted lives, and the occasional bits of humor (one in particular I remember was when it cuts from various agencies trying to crack the Zodiac code to a couple in their pajamas at the breakfast table, and introduces them as Mr. and Mrs. Whatever, and you know immediately that these are the people who will crack the code rather than the rooms full of clever government employees being paid to work on it).
posted by johnofjack at 5:01 AM on November 1, 2014 [1 favorite]

I do remember coming out of the theatre and thinking " well that was a fast little movie." and realizing it was dark cause cause it was three hours long. Time just whooshed by.

( I do enjoy Fincher's seeming aversion of natural light, everything is gloomy interior lighting or sodium yellow streeplamps.)
posted by The Whelk at 8:15 AM on November 1, 2014 [1 favorite]

I also thought it was a bit long when I first saw it, but that slowness really works, I think, it reflects what's going on in the movie.

I also really respect it for throwing out red herrings and dead end clues without feeling the need to explain them or neatly wrap everything up, it felt very real (and frustrating) because of that.
posted by Joakim Ziegler at 10:50 PM on November 1, 2014 [1 favorite]

No film has grown on me through subsequent viewings the way "Zodiac" has. And it's hard to explain why. The film has many obvious flaws... but are they flaws? Or are they what makes the film great?

You could start with the one-note performance of Jake Gyllenhaal as Graysmith. He's supposed to be a Boy Scout who becomes consumed by his hunt for a serial killer, but it's made clear early on that Graysmith cares more about puzzles than people, and this makes him an unsympathetic protagonist. There's no arc to his character, no sense that the loss of his wife or kids or job affects him emotionally. If he doesn't care, why should we?

And then there RDJ's Avery, whose cocky confidence blossoms into a manic paranoia that you expect to lead somewhere; to an accidental murder or suicide or sudden burst of inspiration, perhaps. But it doesn't. It simply peters out into nothingness, the same way the story of Anthony Edwards' Inspector Armstrong does when the Ruffalo/Edwards buddy-cop duo fractures halfway through the picture, right when you've gotten invested in them.

The film is a symphony of frustration for the audience, which of course, is the whole point of "Zodiac": Things don't work out. It's not just that the good guys don't win, it's that there aren't any good guys -- not really. Cops are just people, people who care about other things than solving serial killer cases, sometimes. One man's death threat is another man's crossword puzzle. And even a psychopath who can utter the words, "Before I kill you, I'm going to throw your baby out the window," ultimately isn't any more deadly, statistically speaking, than a couple of curvy stretches of rainy highway.

If this sounds like the punchline of a Conan WikiBear skit ("Morality is an illusion! The universe is random and absurd!") it's because all of Fincher’s films are, at some level, black comedies, and "Zodiac" may just be the blackest. Fincher even stages the murders as ultraviolent jokes: During one scene, a hogtied victim asks, “Is that thing even loaded?” to which the Zodiac responds by showing him the bullets… before stabbing him repeatedly with a knife. Ba-dump-tish.

On the director's commentary, Fincher's fascination with the Zodiac often comes off as unctuous to me. He certainly is more captivated by the Zodiac than by any of the other characters in the film, or, incidentally, by any of the Zodiac's victims. The film's murder scenes are its most vivid, crackling with Fincher's directorial passion, even as they become almost too brutal to watch.

So why do I like this film so much?

I think it's precisely the open-ended qualities of "Zodiac" that make it so satisfying to return to. In many ways, it functions more like a place than a drama. Part of this is due to Fincher's meticulous attention to period detail, and the painterly way he composes his shots. That opening sequence of fireworks in Vallejo is hypnotic, of course, and conjures both the placid confidence of the late-sixties and the barely contained id of that era. There are many other great visual moments, too.

But it's more than that. It's the way the story goes nowhere, the way the mysteries don't get solved, the way the characters' struggles remain unresolved that make the movie feel fresh each viewing. Fincher has Graysmith convince us that Arthur Leigh Allen absolutely must be the Zodiac, then pulls the rug out from under us by telling us in the epilogue that Allen was excluded by a DNA profile. It's a big noisy raspberry to us, but it's also a gift. Because now we're lost again. Maybe the next time we watch, we'll figure it out.
posted by Missiles K. Monster at 11:42 PM on November 1, 2014 [10 favorites]

Yeah, it's like how Jack the Ripper or other such unsolved crimes remain eternally fascinating to some people, there is no ending or resolution. It's a movie about crimes that don't get solved and why that can be so frustrating/fascinating. The appeal seems to be the idea that if we just go over the evidence again or try a little harder then this time we could "solve" the problem - but you can't but that doesn't stop people from trying.
posted by The Whelk at 7:21 AM on November 2, 2014 [1 favorite]

Also, just in case you didn't already know that Hurdy Gurdy Man is, in fact, THE CREEPIEST SONG IN EXISTENCE, the credits will absolutely convince you.
posted by floweringjudas at 9:05 PM on November 10, 2014 [2 favorites]

Finally watched this movie that I've been meaning to see for nine years and was pretty much amazed by it. Fincher can create a world for a movie like almost no one else. Except for the lack of overwhelming cigarette smoke, I really felt like I was back in the seventies for three hours. I love how uncompromising this film is; a three hour film with no ending. I can see why it didn't do very well in the theater but I would have felt cheated if they'd tried to create some sort of fake happy ending.

The only bit that took me out of the movie was when Avery was pissing off Toschi and my brain was thinking, "Dude, don't taunt The Hulk".
posted by octothorpe at 3:34 PM on May 29, 2016 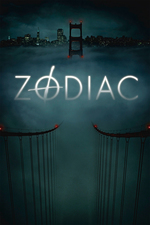