(From IMDB): Barry tries to convince Sally and the rest of the class to go ahead with a performance, despite the absence of teacher Gene; Noho Hank and Cristobal's new partnership faces growing pains; Fuches learns that replacement hit men don't come easy.


Our anti-hero is back. The opening episode brought in (and unravelled a little more) some of the leftover strands of last season. Somehow Barry manages, by saying very little, to let people tell his story for him and give him information he needs to know. I loved the scenes with Fuches, and LOL'd as he thanked the cop taking away his Coke can in the same breath as he refused a DNA test.

My crush on Bill Hader continues unabated...
posted by essexjan (12 comments total) 1 user marked this as a favorite
Noho Hank in the wig...

I was a bit worried that the show would continue to lean hard into Noho Hank as comic relief. S1 tricked us into thinking he's a good guy: he moved from trying to kill Barry at the start of the season to helping Barry kill Goran at the end of it. The scene in which he threatens Barry unwinds that a bit; and positions him into a more antagonistic role going forward.
posted by We had a deal, Kyle at 1:09 PM on April 2, 2019 [4 favorites]

As good as the whole episode was, hands down my favorite part was Kirby Howell-Baptiste swearing up and down that she'd never play an Australian.
posted by thecaddy at 3:10 PM on April 2, 2019 [16 favorites]

I dunno, the glib way the show is handling its protagonist's murder of Moss - a sharp, smart female black cop in love with another main character - doesn't sit well. No one's found her body yet, so suppose we could get a Shocking Reveal at some point that Barry's got her imprisoned alive somewhere, but that would probably feel worse. I"ll keep occasionally watching for Winkler and the overall goofiness about acting (even as the Polly Purebread girlfriend continues to be a sadly underwritten character) but this episode didn't encourage much trust in the writers to keep things interesting.
posted by mediareport at 11:39 AM on April 6, 2019 [1 favorite]

I don't think we really know how the show is handling her killing yet, but Barry doesn't strike me as the imprisoning type. I think Gene is going to be a lynchpin here, since this is now two murders that have happened in close proximity to him.
posted by rhizome at 11:49 AM on April 6, 2019

I like Noho Hank as a mirror for Barry and loved the contrast between the first, goofy confrontation (Hank in a dumb disguise, Barry with a stupid accent) and the dead-eyed, serious confrontation at the parking lot. They're both trying to The Secret their sunny Angeleno thing into reality while desperately covering up the dark deeds that led them to this point. (Also, Hank driving off with Carly Rae Jepsen blaring out his speakers after threatening everything Barry has ever loved was very funny...though not quite as funny as the contrast between Barry's memories of the first people he killed and his classmates' understanding of the scene.)

...I'm assuming Sally will be having drinks with her sleazy agent from last season, in which case, I'm guessing we'll get a lot more of her next episode??
posted by grandiloquiet at 10:18 PM on April 6, 2019 [3 favorites]

I think Moss' partner being so grief-stricken is a good sign that the writers are taking Moss' death seriously. Maybe Loach and Gene will team up to find the woman they both loved. I'm willing to give it a couple more episodes, but I miss the actress and the character.

It's nice to see D'Arcy Carden in anything now that The Good Place is between seasons. I wish she were the love interest instead of Sarah Goldberg.
posted by Nyrha at 11:23 PM on April 6, 2019

The disparity between what the theater people assumed about Barry's first kills (?) and how it really went down was... saddening.
posted by porpoise at 11:39 AM on April 7, 2019 [3 favorites]

Yeah, porpoise, "saddening" works. "intensely harrowing in a great, dramatic way" also works. "Funny" is not very high on my list of words to describe it.

I miss the actress and the character.

Yep, that's it. Moss was fantastic - a skilled, thoughtful, emotionally sharp black woman in control of her job, her sexuality and her love life. Of *course* an HBO show about a white male hit man killed her off. *shakes head*

(sorry, my quoting above wasn't clear; porpoise didn't make the comment about how "funny" that scene of Barry's first killing was; I"m agreeing with their comment that how it went down was saddening, not funny.)
posted by mediareport at 4:51 PM on April 7, 2019 [1 favorite]

Harrowing, sure. Dark, yeah. But I was absolutely cackling at the contrast between what Barry actually experienced (unsurprising glibness from young men in a high stress/high boredom situation, killing dehumanized foreigners from afar) and the grab bag of melodrama and cliche that his insulated classmates turned it into (war is bad, out damn spot, etc).

And if I'm going for unpopular opinions here, I'll say that I think Moss died well. If she'd been kept around for another season, it would have been as a) the cop who couldn't see the killer right in front of her or b) the cop who was suspicious of Barry but couldn't get evidence against him. We got b for a few episodes in the first season and we got a for the first half of the season finale. Detective Moss was smart, and a good cop. She figured out the Barry was a killer -- and wasn't going to let him get away with it. Barry is selfish, and he's a murderer. He didn't want to kill Moss because he didn't want to think of himself as a murderer anymore. But ultimately, he'd rather kill Moss and "restart" than risk losing the life he was pursuing in LA. That's a head-on collision of motivations, and their final confrontation was extremely powerful. I'll miss Paula Newsome, but I'm hoping the memorability of this role brings her bigger and better things.
posted by grandiloquiet at 7:25 PM on April 7, 2019 [8 favorites]

It's not about unpopular opinions - and I'm very sorry if it turned into something like that.

I agree that the contrast is darkly humorous but my angle is that 1) there's the stereotype of the 'lefty' type where killing other people is never acceptable and the act of killing creates trauma, even in the context of military operations 2) soldiers, especially young soldiers, and in particular in the USA military, have an awful reputation of being callous/ racist, especially in the context of military operations 3) the reality is somewhere in between - but the trauma is real, but those who don't have that trauma don't understand it, or are presented with inaccurate versions of it.

The (Overton) windows used here were, just... saddening to me. Personally.

The evidence that I have been exposed to suggest that 2) is much more prevalent than 1) and the conclusion of 3) contributes to the political and social polarization in the USA (and everywhere else).

Of my friends and acquaintances who don't understand the realities of warfare (especially modern asymmetric warfare), and especially those who espouse lefty/ progressive ideals, there is a level of willful naivete that's prevalent enough to be an entertainment trope.

I'm a little bit older, I went to the US for college in the late 90's as a Chinese (HK) Canadian. I've met the family of friends who's older relatives were involved in war/ espionage (Korean war, Vietname war) and friends who's older relatives were not, and friends of friends who ended up in Iraq and Afghanistan. There is a stark difference in certain attitudes between military/ espionage families and those who were not.

Mind you, all my my experiences were with strictly caucasian families (although ranging from Mayfair types to Daughters of the Revolution to mutts - very few recent immigrants). Lots of other caveats (Iowa, private Lib Arts College).

My singular weirdest experience re: USA/ war/ combat veterans was visiting my college bff's family in Dodge City; his grandad, upon my being introduced to him, "What kind of Gook are you?"

"Here's the sidearm I killed a lot of gooks with..."

/hands me his battered, but well kept, nickle plated Colt Commander .45 ACP - with a loaded magazine and a round in the chamber, that he picked up from a shelf in the closet behind him - in the hallway that the front entrance opened into.

//it's a nice handgun. The weight and balance is essentially perfect for a compact sidearm, for my smaller hands. I have no idea how it performs.

bff's mom also accused me of stealing her pain meds while I was there, but it turned out to be some plumber who was doing it on the regular but went overboard this time
posted by porpoise at 8:07 PM on April 7, 2019

Calling two things: Sasha will have to do an Australian character at some point, and Gene's gun will come into play.

I'm enjoying the extras they tag on at the very end of the episodes - the technical stuff (scenes where food is eaten) to the writer's room stuff, it's a pretty good little bonus at the end.
posted by joseph conrad is fully awesome at 7:48 AM on April 8, 2019 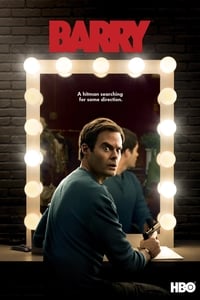