(Whole season) Not to be confused with the 1970s cop show of the same name (and later of 'Bargearse' infamy thanks to the D-Generation), Bluey is an Australian kid's cartoon that follows the adventures of the titular six-year-old Blue Heeler puppy, her dad, mum and four-year-old little sister, Bingo. With 21 million views since it launched in late 2018 on ABC's iView service (overseas viewers will want a VPN for the short seven minute episodes), Bluey has quickly become one of the most popular shows in Australian history.


Soon to wing its way overseas with its local accents intact, the show, set in a fantasy version of Brisbane has managed to become an enormous hit not just with Australian children, but also adults, in part thanks to a nuanced portrayal of working parents that tries hard to buck some of the old stereotypes about parenting roles. The episodes 'Magic Claw' and 'Takeaway' in particular are love letters to ordinary suburban life in Australia, deftly avoiding the cultural cringe induced by shows such as 'Upper Middle Bogan' or 'Kath & Kim.' With a new episode now being added each day until Easter Sunday, the first season of Bluey will consist of 52 episodes in total.
posted by MarchHare (1 comment total) 4 users marked this as a favorite
Also not to be confused with American kids' TV icon "Blue 's Clues", right? (although it's unclear whether the creators of "Clues" even knew what a 'blue healer' breed was)
posted by oneswellfoop at 1:09 PM on April 11, 2019 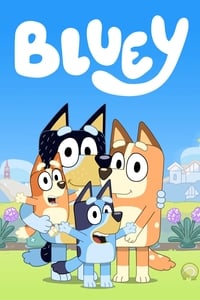