A Late Night comedy writer stumbles upon a hilarious, hidden world of entertainment and finds an unexpected connection to his fellow man. With David Letterman, Chita Rivera, Martin Short, Jello Biafra, and more.
posted by fings (14 comments total) 4 users marked this as a favorite
I just stumbled across this tonight on Netflix, and found myself charmed by it. (Netflix link) Sure, it is a goofy topic -- Industrial Musicals, singing about bathrooms and washing machines. But as I learned more about it I couldn't help but feel for the people involved.
posted by fings at 9:33 PM on May 19, 2019

Saw it yesterday and it's a wonderful antidote to the current shittiness of the world. I needed lots of kleenex at the end.
posted by Orange Dinosaur Slide at 9:21 AM on May 20, 2019 [1 favorite]

I really enjoyed the concept of this: the existence of industrial musicals, a community of devoted fans, hunting down the stories, etc. The actual substance of the movie was kind of meh to me, but what a cool thing for all these folks to be into and keep alive.
posted by Going To Maine at 11:10 PM on May 20, 2019 [1 favorite]

Here is a related article about a book: Sales Take Center Stage: To Boost Morale, Companies Burst Into Song

Here's the first place I heard the My Bathroom song: Annoying Music

I really thought there was a This American Life episode that mentioned industrial musicals, but I can't for the life of me find it if there is.
posted by fiercecupcake at 8:04 AM on May 21, 2019

I really loved this movie. I'm still humming Take That Step to myself.

"Life can be so rich and wonderful when we step off the logical path and embark on eccentric adventures."
posted by Stanczyk at 6:41 PM on May 30, 2019 [2 favorites]

I have always found Letterman unfunny and weirdly sinister so it's satisfying that his lead writer has a joyless obsession with ruining all the other collector's fun of something he himself is full of contempt for.
posted by bleep at 7:50 PM on June 29, 2019

I don't see how you can call Young's obsession joyless. While the starting point was mockery for the "Dave's Record Collection" segment, it seems clear he developed a real love for the genre and the people involved in creating the musicals, and seemed friendly with the other collectors. Like, while it's kind of hoarder-y to outbid someone else on a vinyl you already have one or more copies of, these guys seem like they digitize and share the music even if they hoard the physical originals.
posted by oh yeah! at 7:00 AM on June 30, 2019 [3 favorites]

I have a kind of unusual relationship to the subject matter here -- I have in fact made industrial theater ("Code Review, Forwards and Back", "Python Grab Bag: A Set of Short Plays", and -- as organizer -- The Art of Python). And I already liked and knew about some small amount of corporate song, like the KPMG anthem, the Lucent video for "Bell Labs Innovation", and so on. So I came into this as someone who wanted a dive into the industrial theater itself. I wanted lots of clips, and discussion of what caused people to start doing it, how it mirrored (or didn't) shows for the public, how you can see the influence of working on corporate theater on the artists' careers, what the executives who commissioned the musicals thought they were getting and what constraints they put on the artists, whether the artists sometimes tried to be clever and subversive despite those constraints, what effects the theater had on the intended audience, which industries or locations have stopped doing it and who's kept going, the way that grassroots/staff-driven theater made with prosumer video and shared on YouTube has perhaps come to occupy some of the same niche, stuff like that.

And this documentary gets to some of that, but is fundamentally framed by Steve Young's story of discovery, growth, and connection. There are these tantalizing one-off lines (like how if musical theater is the American art form, industrial musical theater is the hyper-American art form, or one artist's mom dismissing the work as "just commercials" -- well, let's get into that! what is the difference?). And in the first half of the movie I basically resented the time spent on Late Show with David Letterman stuff (I care far more about industrial theater than I do about The Late Show or David Letterman) and the way Young was mocking the subject, and generally I was like "argh, I don't want to hear about this guy, I want to hear about the theater!!". But in the second half or so, the payoff, I did care a lot about his fannish discoveries and accomplishments and networking. Oh my goodness the work he put in to nurture this fandom! First as, like, an investigative journalist, and then as a writer-archivist and a kind of community organizer!

I love what he says about how when he looks at anybody on the street that he might dismiss, he's like, "they might be the [name] of a realm of creative endeavor that I know nothing about." And the Burbank-backlot song-and-dance number at the end is SO SWEET, as is his eulogy for Siegel, and how clearly moved he is toward the end when he's talking about having found friends and community.

So, you know, I'm glad I saw this movie, and I clearly ought to go read the book! And possibly go reach out to Steve Young and tell him that my work maybe ought to be in the second edition??

On a small side note, my spouse pointed out that, although it is of course obvious in retrospect that some people must in conversation address Jello Biafra as "Jello", this was the first time he had heard it, and it was a fun surprise.
posted by brainwane at 4:17 AM on July 10, 2019 [4 favorites]

It's neat to reflect on how punk rockers and punk fans show up prominently as collectors and commentators here -- punk's interested in marginalia, found art, and critiquing capitalism, after all...
posted by brainwane at 5:16 AM on July 10, 2019 [2 favorites]

Yeah this ended up being about Steve Young's emotional journey, from cynical, aloof, lonely collector, to someone who is a human connector and steward of rich histories, and that was very moving.

I wanted to have more politics in this movie, more analysis, but I ended up being ok that the movie lets you figure that part out yourself and takes you on this other, emotional trip instead. 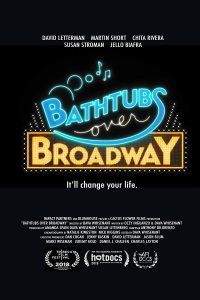