Set in an alternate history where masked vigilantes are treated as outlaws, Watchmen embraces the nostalgia of the original groundbreaking graphic novel of the same name, while attempting to break new ground of its own. (IMDB)


(This is marked "Show Only" in accordance with long-standing convention on Fanfare, meaning that material from the work on which the show is based is excluded from conversation to avoid the potential for being spoiled on plot or character elements. (The other thread has decided that it's "Books Included". This thread does not assume that because one person is familiar with some aspect of popular culture, be it 5 or 50 years old, everyone must be. #inclusion))
posted by sylvanshine (15 comments total) 2 users marked this as a favorite
Just... yikes. After that premiere, I'll let the rest of y'all watch the rest and get back to me on if it's worth bothering with. It smells like Farmham's Freehold.
posted by jordemort at 7:40 AM on October 21, 2019 [2 favorites]

Well, I haven't read the comic book and I hated the movie, and this first episode left me feeling uneasy that HBO is setting up some "both sides" shit that paints white supremacist terrorists in a light that the deplorables will find sympathetic. Please tell me I'm wrong, because the world does not need that kind of edgy at this particular moment.
posted by qxntpqbbbqxl at 8:16 PM on October 21, 2019

I don’t know where this show is going, but so far it seems to be very clear that the white supremacist Seventh Cavalry are the bad guys. Maybe down the road they’ll be treated differently, but they started the episode murdering a black cop, so I don’t think they were meant to be sympathetic to anyone.

On the other hand, every trailer I watched fed into my presumptions that Don Johnson’s character was the bad guy. Maybe that will change after this episode, maybe it won’t. I guess the short version of what I’m trying to say is that we shouldn’t assume we know what the show is trying to say yet, but if anyone is uninterested in coming along for the ride, there’s no reason to.

One last thing: Tim Blake Nelson’s mask being a mirror was such a perfect counterpoint to the Rorschach masks. Big props to Lindelof for that!
posted by ejs at 9:17 PM on October 21, 2019 [4 favorites]

OK I didn't know Tim Blake Nelson was in this and that is what got me, in the end, to watch.

Like ejs, I have a hard time imagining the white supremacist terrorists being considered sympathetic. The show opens not just with the murder of a black cop, but one they take time to humanize by showing his childhood escape from white supremacy. But hey it's HBO so it's possible.

I wasn't that into the episode. I stopped and started it a few times. If it wasn't for Nelson, I probably would have given up before I got half way through.

I don't believe that the cop was the kid who escaped. He was just too young. The tulsa riots were in 1921, this is set in an alternative version of the modern day, which would make that kid at least a hundred years old. If I had to guess, it's the old man in the wheelchair.
posted by gryftir at 2:54 AM on October 22, 2019 [3 favorites]

We are shown that it is the old man in the wheelchair because he’s holding the paper with “watch over this boy” that his dad wrote and tucked into his pocket.
posted by computech_apolloniajames at 4:57 AM on October 22, 2019 [5 favorites]

Well, I haven't read the comic book and I hated the movie, and this first episode left me feeling uneasy that HBO is setting up some "both sides" shit that paints white supremacist terrorists in a light that the deplorables will find sympathetic. Please tell me I'm wrong, because the world does not need that kind of edgy at this particular moment.

just watched ep 1 last night and yeah...there is a lot to unpack and I am pretty conflicted about what some of the subtleties seemed to be hinting at?? I think nuance is great, and life is certainly complicated but there does seem to be some room in there for a sympathetic reading of the white supremacists, which is concerning...to say the least.

I will watch more to see how things develop. its a million times more appealing to me than the movie, which I very much disliked.
posted by supermedusa at 9:47 AM on October 22, 2019

#ripcows indeed, that was harsh

Yeah, you all were right about the man in the wheelchair. This is what I get for watching a show when I'm about to go to sleep.
posted by miss-lapin at 2:06 PM on October 22, 2019

'Watchmen' recreates the 1921 Tulsa race massacre, exposing viewers to an ugly chapter. The facts of the Tulsa massacre appeared to have been unknown to many "Watchmen" viewers, who expressed their disbelief on social media.
posted by Pendragon at 8:58 AM on October 23, 2019 [4 favorites]

supermedusa: I do think the man in the wheel chair is the little boy from the tulsa riots.

At first, it bent my concept of the timeline/ universe:

Exhibit B: from the radio: "Thirty years of Redford and what've we got to show for it? More land we can't live on, more animals we can't kill, and a six-month wait to get a gun for our own protection."

I initially assumed this meant that Robert Redford had been president for 30 years, which seemed like a startling shift to have taken place, but then I read ...

Exhibit C: The Computer and You memo PDF, (on the canonical Peteypedia, from HBO -- no apparent spoilers for this show, from what I've seen), which notes that that the squid first dropped in 1984 or 1985. That memo also cites the Tech Recall and Reintroduction Act of 1993, which set out a 30 year plan to reintroduce technologies once deemed unsafe or illegal. Apparently, new technology was the scapegoat for the rain of baby squid in the 1980s, but when the squid kept falling, people realized it wasn't the fault of computers and cell phones.

With the radio statement on 30 years of Redford, I'd guess that Robert Redford became president in 1993 instead of Bill Clinton, and because of issues and/or his solutions, he got an extended term (or a series of terms).

And this makes things line up to make the wheelchair-bound strongman ("you think I could lift 200 pounds?") a likely candidate for the little kid from Tulsa in 1921.
posted by filthy light thief at 11:09 AM on October 23, 2019 [1 favorite]

Correction: if the list of presidents as repeated by the kids was accurate, it went Truman, Eisenhower, [Kennedy?] Nixon, Ford, and currently (?!) Redford.

And looking around more online, this episode's "current day" is set in 2019. So the in-universe history is that the war in Vietnam ends with an American victory in 1971 and Nixon is still president as of October 1985 upon the Watergate scandal not coming to pass. The Soviet invasion of Afghanistan occurs approximately six years later than in real life, so Ford served after Nixon's final term (the 22nd Amendment was repealed, and Washington Post reporters Bob Woodward and Carl Bernstein were suspiciously murdered, preventing the exposure of the Watergate Scandal, Nixon is reelected repeatedly, with Ford as his VP).

In short, this alternate timeline has given itself a lot of room to play with how we get from Nixon to Ford to Redford and still give Redford "only" 30 years.

Theory I'm not sure about: is the implication at the end that in fact the wheelchair bound ~98 year old hung Judd?

The foreshadow of "do you think I could lift 200 pounds" plus the camera lingering along the pulley and the noose seem to imply this reading. (Here's how he did it!)

But the fact Judd shows on IMDb as appearing in 9 episodes this season suggests either lots of flashbacks or that this is a misdirecting cliff-hanger.
posted by abulafa at 5:52 AM on October 27, 2019

Judd shows on IMDb as appearing in 9 episodes this season...

Yay! I thought Don Johnson was wonderful, especially in the dinner party scene when he sang "People Will Say We're in Love" while going around the table serenading each person in turn.
posted by carmicha at 8:47 PM on October 30, 2019 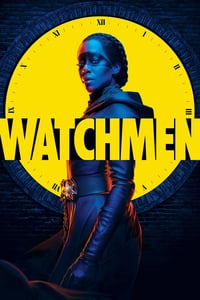