Vulture (3/5): “He Built the Saturn V” is largely one of those place-setting episodes that may be essential to future storylines, but lacks some degree of its own momentum. However, it does end with another bombshell: Apollo 12 launches just as another Russian expedition also blasts off almost simultaneously. And this one brings with it a new surprise for the Americans — the new cosmonaut on the surface of the moon is a lady. So the Russians can now claim both the first man and the first woman on the moon. Your move, America.

Tell-Tale TV (4.5/5): “He Built The Saturn V,” continues the remarkable streak set by the premiere, of a period drama that informs on its time by veering from itself, and setting up a wealth of character development that helps define them in succinct and poignant ways.
posted by adrianhon (6 comments total) 4 users marked this as a favorite
I was wondering how long it’d take to get to Von Braun’s past, and I’m glad it only took one ep.

- The Vietnam War ends six years early! I guess this helps free up a lot of cash and resources for NASA, and helps explain the deeper military involvement.

- I think they’re setting up Ted Kennedy for a successful run for the Presidency. I can’t remember if it’s in this ep or the previous one, but they mention him returning to DC from Chappaquiddick earlier than in our timeline, and thus not getting into the car accident that killed Mary Jo Kopechne. My half-assed Wikipediaing suggests that had this not happened, he’d have run for the Presidency in 1972.
posted by adrianhon at 2:54 AM on November 3, 2019 [3 favorites]

One has to wonder if ours is the unlikely historical branch where von Braun's past didn't catch up with him. Had he not died in 1977, would he have been entangled in the investigation in the early 1980s that led to Arthur Rudolph - former project director for the Saturn V - renouncing his US citizenship in return for not being prosecuted for war crimes?

I hope viewers sadly unfamiliar with Tom Lehrer don't imagine that the von Braun song was created specially for this show. Oh no, that was Lehrer performing it on That Was The Week That Was in 1965, four years before Apollo 11. Mind you, they did trim one verse, which is a pity as it has arguably the best line of the song:

Don't say that he's hypocritical
Say rather that he's... 'apolitical'
"Once the rockets are up, who cares where they come down?
That's not my department!" says Wernher von Braun
posted by Major Clanger at 1:09 PM on November 3, 2019 [13 favorites]

My guess is they didn’t use that verse because it was memorably used in The Right Stuff, whereas I hadn’t heard the verses they used in this ep.
posted by adrianhon at 2:15 PM on November 3, 2019 [2 favorites]

And yeah, I was really worried that they were setting up Von Braun as a gold plated hero of western democracy, or would let him weasel his way out of his past. Nope! Here's the dead workers, here's the widows and wounded Londoners.
posted by Kyol at 6:18 PM on November 3, 2019 [3 favorites]

Over on The Space Review space historian Dwayne Day follows up on FAM's plot thread about military lunar bases with a detailed discussion of the history of such ideas in the US military.
posted by Major Clanger at 2:06 AM on November 5, 2019 [1 favorite]

Hm, dodgy orbital mechanics in the first scene? In vacuum, you only really need to go vertical to make sure you don't hit terrain. With the ascent stage's TWR >2 in lunar gravity, I don't think it would have had any bother with that launch.
posted by rhamphorhynchus at 5:14 PM on March 16, 2020 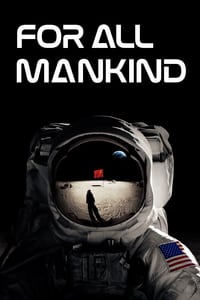