Charles visits the exiled Duke of Windsor in his Paris chateau, only to find him very ill. But will the Queen make peace with her uncle before he dies?
posted by Cash4Lead (13 comments total) 2 users marked this as a favorite
I feel like this makes me heartless and super negative, and I imagine I might get some flak for this, but I honestly thought they'd stopped this whole "romance of the century" nonsense when they finally addressed what Nazi shitstains Edward and Wallis were last season, and I was really unhappy to see it rear its ugly head again. It was dismaying how many people had been led by that narrative when I was watching season one, and the fact that still to this day people persist in that whole swoony romance story of a king giving up the throne for a woman he loved--I waited, annoyed, to see if they'd address the Marburg files, but didn't until midway through the second season. I was so glad when they finally exposed that, so this felt like a weird step backwards.

In the '70s when I was growing up, I recall that there was so much attention on them, and so many books, and everything was presented with that breathless, starry-eyed, unquestioning view that his family was cold and terrible and he was this magnificent virile young progressive Englishman whose only misstep was falling in love with an American woman and giving everything up for her.

It seemed to also be really intense in America, because he'd married an American, I guess, and I know I bought that fairy tale till I read about the Nazi stuff when it came out later. Not to mention it's like hardly anyone ever talks about the fact that there was infidelity on both sides, the whole Nazi business and how he may have been more than willing to let his family swing from the gallows so he could retake the throne and be Hitler's puppet, their fights, which sounded epic, or the way they traded on their reputations and embittered so many people around them.

I get that they want to soften some of the issues around the two of them, and maybe Charles did find some kind of solace in their friendship since he himself was experiencing so many problems with his family, but this episode felt like they were almost attempting to walk back all the things they exposed with Marburg. They never seem to have addressed the stories about Wallis, and yes, I'm sure she was devastated when he died, but they really glossed over a lot of the background about her, which is important to what happened with him. The Crown is not her story, of course, and neither is it his, but while I enjoyed the Charles bits of this episode, I could have done without romanticizing him again and pretending that their ties to the Reich didn't matter in the long run.
posted by kitten kaboodle at 3:14 PM on November 29, 2019 [15 favorites]

I honestly thought they'd stopped this whole "romance of the century" nonsense when they finally addressed what Nazi shitstains Edward and Wallis were last season, and I was really unhappy to see it rear its ugly head again.

Agreed 100%. I went and looked up the past seasons’ episodes because I thought maybe I’d misremembered the show covering that. I found it super odd.
posted by sallybrown at 4:42 PM on November 29, 2019 [1 favorite]

It is weird that Edward and Wallis' Nazi ties weren't mentioned explicitly in this episode. On the other hand, when Elizabeth is reading Charles' letters, in which he goes on about wanting to put his own individual stamp on the monarchy and desiring freedom of thought, the look on her face says nothing so much as "Dear God, we may have another Edward VIII on our hands" -- i.e., the same qualities that led Edward to embrace Hitler may lead Charles to similarly bad actions. (And while Charles in real life has done nothing as odious as what Edward did, his penchant for political meddling has led some to believe that his ascension to the throne could result in a republican Great Britain.) I think the show expects us to draw the line connecting Charles to Edward, knowing about Edward's Nazi past, and to be a little alarmed that Charles wants to follow his example.
posted by Cash4Lead at 8:44 PM on November 29, 2019 [3 favorites]

They really should have made the Nazi ties more explicit. After reading it mentioned here, I have a vague recollection of it coming up last season but I watched that awhile ago and my memory of it is patchy.

Sometimes I think this show assumes a certain knowledge of UK politics and events surrounding the royal family. That assumption may hold for UK viewers (or may not?), but I think lots of people who are not in the UK watch the show and so the producers would do well to err on the side of explicitly laying things out when necessary.
posted by breakin' the law at 2:03 PM on December 1, 2019

I think the show expects us to draw the line connecting Charles to Edward, knowing about Edward's Nazi past, and to be a little alarmed that Charles wants to follow his example.

Right, yeah, I took Charles' infatuation with his uncle to be an indicator of his naiveté, which I am sure we're about to see more of very shortly.
posted by something something at 10:14 AM on December 2, 2019 [3 favorites]

I wondered if Charles at this point actually knew about the Nazi past bit. As I recall the royals managed to keep that pretty hidden from the public until fairly recently, it certainly seems plausible to me they could've not even told Charles as part of that cover up.

Though, yeah, not even mentioning it in the episode seemed odd. Edward trying to rehab his image is one thing, but I expected at least the Queen would answer him back with "you helped the Nazis, you little shit."
posted by dnash at 10:20 AM on December 2, 2019 [2 favorites]

I was too lazy to look up whether I was misremembering that Edward and Wallis were nazi sympathizers, but I also vaguely remembered that and then decided I must be thinking of someone else when it didn't come up. They really should have reminded us, though I bet they didn't because they wanted to play it as a rehabilitative death episode and it otherwise would have seemed terrible that Charles was so interested in his great uncle.
posted by urbanlenny at 10:15 PM on December 5, 2019

The show was super clear about the Nazi stuff. Also worth pointing out that the Emperor Hirohito was the emperor during WWII.

I felt like we knew about it, the Queen knew about it and didn’t have to say anything, and Charles didn’t know about it and so was susceptible to the Mistreated Edward True Love myth.
posted by Huffy Puffy at 7:01 PM on December 8, 2019 [3 favorites]

Nothing I have seen in this episode has done anything to convince me against my “this show is propaganda for Charles and Camilla” theory.
posted by corb at 7:58 AM on December 9, 2019 [2 favorites]

You might be right corb; however, I think the show made a mis-step by not reminding everyone, or even just acknowledging existence of, the Duke's Nazi sympathies - given that it was all I could think about whenever he was on screen. It's a huge elephant in the room, especially after it being the focus of on the best episodes from last season.

All the episode needed to do was have a short scene at the end in which the Queen sits down with Charles and says "Let me tell you what your Great-Uncle was doing during the war..."; I don't think it would detract from showing Charles with some empathy, but it would avoid this overly romantic view of the Duke.
posted by nubs at 7:45 AM on December 12, 2019 [1 favorite]

I'm pretty sure I read that the Duchess was already in the early stages of dementia when the Duke died and that he was worried what would become of her once he passed away.

What I don't understand in this episode, is the scene in which Philip asks where "the other guy, the bald one" was, meaning Michael Aldeane, and the queen says he retired three months ago and you presented him with a clock. So is he supposed to not be bothered with remembering names of long-time courtiers? or just temporarily blanked on the name? but then to forget about a retirement presentation from three months before and when she reminds him, isn't it the most natural thing to say "oh right, of course. How could I forget about that" but he just sat there looking blank. We know he doesn't have dementia so was this scene just to remind us that he's still an oblivious asshole? ugh.
posted by TWinbrook8 at 5:14 PM on December 22, 2019 [2 favorites]

Didn't Philip hate Michael Adeane? I seem to recall something about him forcing the guy to shave his mustache, even? I assumed it was somewhat deliberate insult there.

The fact that Charles and Anne were fucking the same off-and-on couple never stops being hilarious to me. Was Anne this awesome IRL? Because on this show I want to die laughing every time she drips with sarcasm.

On a related note, I got "Elizabeth and Margaret" by Andrew Morton from the library today and there's a charming mention of how "Uncle David had taught them the Nazi salute on the lawns of Balmoral."
posted by jenfullmoon at 11:13 PM on June 19, 2021 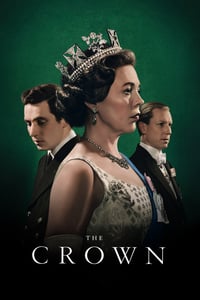