Set in contemporary Georgia with an election race underway, Great Performances: Much Ado About Nothing finds the community of Messina celebrating a break from an ongoing war, but not all is peaceful amid the merriment. Former rivals battle it out, revenge is sought and trickery runs amok in this timeless comedy of romantic retribution and miscommunication.

This bold interpretation of Shakespeare’s comedic masterpiece features Danielle Brooks (“Orange is the New Black,” Broadway’s “The Color Purple”) and Grantham Coleman (“Buzzer,” “The Americans”) as the sparring lovers Beatrice and Benedick. Tony Award winner Kenny Leon (“American Son,” “A Raisin in the Sun”) directs with choreography by Tony Award nominee Camille A. Brown (“Choir Boy”).
posted by the primroses were over (3 comments total) 2 users marked this as a favorite
This has been on my dvr since it aired in November and I only just got to it, but it is fantastic.

I love the 1993 adaptation with Emma Thompson and Kenneth Branagh (and Denzel Washington and Billy Crystal and Keanu Reeves and, and, and...) but I think this is my new favorite version.

Danielle Brooks' performance steals the show, but everything about it is wonderful.
posted by the primroses were over at 7:08 AM on January 11, 2020

(just realized I typed Billy Crystal when I meant Michael Keaton, to save anyone racking their brain trying to figure out who the hell I was referring to in the 1993 version ... sigh)
posted by the primroses were over at 7:17 AM on January 11, 2020 [1 favorite]

This thread has kicked me into setting up a season pass in my tivo for Great Performances. I never got around to it; I think I felt like there would be too many episodes stacking up like homework that I felt like I should be watching but didn't actually want to, but I would have liked to have seen this. Maybe I'll catch it on a repeat.

(I also loved the Thompson/Branagh Much Ado, and will fight anyone who disparages Keanu Reeves' performance, I thought he did absolutely fine. But my new favorite is the David Tennant/Catherine Tate stage production that's up on YouTube.)
posted by oh yeah! at 8:55 AM on January 11, 2020 [1 favorite] 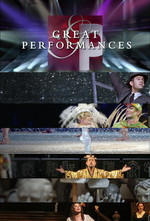