Variety - The new series hits the comedy sweet spot of self-aware and completely ridiculous. "The premiere of “Astronomy Club” is so dense with fully-formed jokes, wry social commentaries, and wild left turns that you’d be forgiven for wondering if you accidentally dropped into the show’s second season rather than its first. There are sketches about a life or death hair emergency, the chain reaction of biases of people sizing each other up from either side of a locked apartment building door, and a harrowing disaster from the perspective of its gingerbread-men victims. There’s one about a support group for Magical Negroes who can’t let go of their need to help white people (think Bagger Vance), and another about Robin Hood getting a lesson in the intersection between class and race when he tries to rob a wealthy black family. Throughout, there’s a faux MTV-style reality show starring the Astronomy Club itself. (“Why Astronomy Club? We’re black and we’re all stars — and like most stars, nobody knows our names,” explains cast member Keisha Zollar.)"

Fast Company - Netflix’s ‘Astronomy Club’ is an A+ sketch show skewering Hollywood’s “C+” on race: Jonathan Braylock, Jerah Milligan, and James III have been riffing on representation in pop culture for years on their podcast. Now they’re going next level.

Astronomy Club on Rotten Tomatoes
posted by oh yeah! (6 comments total) 1 user marked this as a favorite
This season dropped on Netflix back on December 6th, but the imdb API was being all glitchy about letting the show get added to Fanfare until now.

I have been doing the slowest of binges on this -- the first episode was so damn good, I was sorry to have only 6 episodes in the season. But I finished tonight. Such a great collection of sketches.
posted by oh yeah! at 6:04 PM on January 15, 2020 [1 favorite]

I generally find even the best sketch-comedy shows are too hit or miss for me to enjoy, but the hits here and quick, breezy pace made it very worthwhile. I can't find any reference to it on google, so I'll probably butcher it, but there was a song about all the different kind of guys the singer wanted to get with, and mid-song she realizes she's generalizing ethnicities too much, so then decides to list every single country in Asia and Africa before giving up. I was dying, I'm surprised it's not viral.

I'm surprised it's been out since December 6th, Netflix didn't recommend it to until last weekend, and I hadn't heard of it before then.
posted by skewed at 6:56 AM on January 16, 2020

I think my favorites were the Magical Negro support group sketch and the ‘You Shoulda’ game show sketch, but there wasn’t really a dud in the batch. I hope Kenya Barris uses his Netflix deal to get additional seasons made.
posted by oh yeah! at 7:28 AM on January 16, 2020 [1 favorite]

I binged this in about two sittings, it was fantastic the whole way through.
posted by solotoro at 7:59 AM on January 16, 2020

"You Shoulda" was awesome. I also really liked the Murder Mystery bit, and Monique's birthday party entrance. Oh, and Ice Cube day, and the old fashioned shade off.

I will definitely rewatch this, and I demand a second season!
posted by the primroses were over at 6:39 AM on January 18, 2020 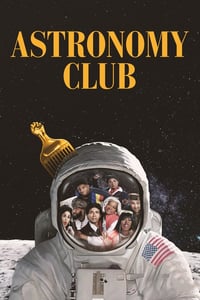