"They're all distortions of love. Hysteria of one sort or another. That's how the Holy Father defined them. [...] Follow the love, I was saying. That's where you will find failure."


Voiello's Vatican bucket list is a season highlight for The New Pope (Eric Thurm for TV/AV Club; rating: A-)

We’ve been dancing around this conclusion for a while, as The New Pope makes it increasingly clear that John Brannox doesn’t really know what he’s doing. By the end of this episode, John Paul III has allowed himself to be fully manipulated by the grotesque conspirators, gotten rid of the most competent person in the Vatican, and, uh, embarrassed himself on live television. The rest of his crew isn’t doing so hot either—Sofia’s perception of her husband has totally shattered, Spalletta has been partly exposed, and Voiello is in exile with Don Mimmo and Girolamo.

posted by filthy light thief (3 comments total)
It turns out what I liked about The Young Pope was, you know, the young pope. Jude Law lights up the screen when he’s around, and nothing else on this show is all that interesting.

“People make vague accusations and refer to characters whose names you only sort of know, through heavy accents” isn’t that interesting, and Esther’s plot line seems entirely superfluous. Also, let’s put in lots of nudity for no reason.

But it looks like he wakes up next episode, so maybe something interesting will finally happen.
posted by Huffy Puffy at 7:47 AM on February 19, 2020

The thing that's been boring this season is that Brannox's assessment of himself is true: he is a bad pope. Bad at speaking (I didn't fall for the "no!" "speech"), bad at Vatican politics (letting Spalletta manipulate you?? ugh), bad at being a human being making an effort at being non-broken. Bad at flirting with Sophia. But: not bad in an interesting way. Burn it all down? Interesting. I hated Francis II but watching that dismantling of the institution could have been fun. As a person, I'm not a huge fan of Voiello, but goodness if his character isn't fun to watch. Now that he's legit officially sidelined, I find myself really not caring, unless the rest of this is going to be Voiello figuring out how to be three layers sneakier than he already was.

Have a weird non-sexual but subtextually sexual affair with Sophia! Exact vengeance on all the pedophiles! Let the gay priests get married! Use your trained army of opiate-influenced millipedes for good! Do something SO CRAZY that Lenny has to wake up to miraculously undo whatever you did! Give the Vatican over to the nuns! *DO* something interesting for fuck's sake. All this moping and eyeliner is--okay, hang on, I love the eyeliner--but mopiness is not next to godliness.

The best part of The Young Pope is the ... coronation, whatever the hell, when we got the montage of I'm Sexy and I Know it with the papal robes. Brannox can hardly stand up or open his mouth to talk. Pretty soon I'm just going to watch a youtube of all the opening credit dance sequences, and Ms. Red Idolator hugging Ester, that was actually a good part.
posted by emkelley at 2:27 PM on February 20, 2020 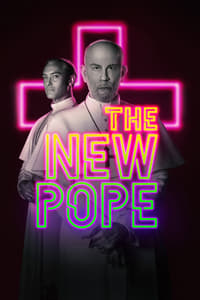