In the Season One finale, the group finds itself in a climactic showdown in their last-ditch effort to root out El Cuco.

EW recap: The team confronts El Coco after a deadly shootout - It's Good vs. Ancient Evil as the team confronts El Coco.
posted by oh yeah! (17 comments total) 1 user marked this as a favorite
For some reason it was only in the finale that I realized that essentially this entire season is very similar to an extremely long X-files episode. I found the ending satisfying though. I do wonder if Claude not knowing Holly's surname was in as a feint towards El Cuco escaping in disguise as Claude, as I was very sure there was going to be some ambiguity about that, but no, they cleared that up pretty quickly.
posted by Jon Mitchell at 11:52 PM on March 8, 2020

I think the last song playing during the last Holly scene was "the Passenger" sans vocals, but I'm not sure, can anyone confirm? If so that points towards a sequel.

I had that exact same thought - particularly the episodes about Tooms.

Overall this seemed a bit of an anticlimax to me - after all the build-up, I was expecting the final confrontation with the Outsider to have a little... more going on? I thought the same thing while reading the book, actually (which the series sticks very closely to, as near as I can recall). I seem to remember there being a lot more dialogue with the monster during that ending scene.
posted by whir at 2:00 AM on March 9, 2020 [1 favorite]

It's unclear, Burhanistan. We never see the monster scratch her or even be in a position where he might scratch her (she only approached him AFAIK when she stabbed him, and he didn't move and she was under observation the whole time). It could have happened when all the friggin' rocks fell on her too.

But they were definitely leaving it ambiguous, what with the freaky way the epilogue was shot. If you watch the very end when she is twirling her hair it looks almost like the film (or whatever we call it since its not on film?) was running backwards; her hair was sorta curling up into her hand rather than down away from it. Probably to give the very end a weird air of unease which you can't quite place without running it back a couple times like a crazy person me.

Additionally even if the monster scratched her its not clear that would do anything. The scratches aren't how the monster starts controlling you, the scratches are how he collected your DNA or whatever to transform into you for the next kill. With him dead who knows it would be meaningful even if he did scratch Holly.
posted by Justinian at 2:38 AM on March 9, 2020 [1 favorite]

They also hinted at another season when Ralph asked what else could be out there. I'd be in for that!

Really was so invested in how chaotic and well filmed the initial shootout was. The tight shots, the moving and shaking camera, the lack of focus was intentional depending on the POV of the shot. It was extremely well done and I honestly couldn't say how long it lasted because it was so intense and heartbreaking.

And then Holly shouted the devil into (or out of) existence.

This was a much more satisfying show than book. The actors really brought a lot to the table in keeping the second half much more cohesive.
posted by OnTheLastCastle at 9:10 AM on March 9, 2020 [1 favorite]

The "Who's Terry?" line was interesting because it implies that something is up at that point with Holly, but if anything were controlling her (the most obvious implication), you'd think the first thing it would learn is not to indicate it doesn't know things. I hope we get a second season and a satisfying explanation for that line, but I'm not sure there is such an explanation, either...
posted by neuromodulator at 10:20 AM on March 9, 2020

Just watched HBO’s behind the scenes but for this episode and noticed that in that very late scene in which Holly and Ralph say goodbye and hug, Holly is wearing short sleeves. I can’t promise that the scratch isn’t there then but you’d think Ralph would notice.

If there is a second season, I should think it wouldn’t be about the same creature, because the moment that “Holly” was witnessed murdering and eating a child, real Holly and Ralph would know exactly what was going on and what to do. It would make more sense to have a new monster of the week (or monster of the ten weeks). But hey, I didn’t think anyone could make a good Watchmen TV show and I was extremely wrong about that, so...
posted by ejs at 8:55 PM on March 9, 2020

Yeah, I do not think there is a plausible reading of the end of this series in which the creature is masquerading as Holly or where Holly somehow becomes a new creature? I think the very end was just "lets include some weirdness as a hook in case we go for another season."
posted by Justinian at 9:40 PM on March 9, 2020

Bored as fuck watching this. Last episode, by making the climax a cliffhanger, reminded me of True Blood at its worst.. the structure of: 1. dissatisfying resolution to last episode's cliffhanger, 2. a whole bunch of busywork or clock-watching character moments, then 3. a climax that becomes a cliffhanger.. Just.. stretched out, bad serial writing.

I thought the shootout itself was protracted and boring. It didn't feel very well established. Why not run away from the shooter with cars blocking his shot as much as possible? Why not just sit behind cover and wait and see if he runs out of bullets? Why not more concerted action? Those are questions that could have good answers, and the characters in the scene exploring those questions would be interesting. That's what makes action scenes good, not just a constant drumbeat of "OMG PERIL! DURESS!" I haven't read these books but I thought Stephen King was better at that stuff. Going back to Creepshow 2 e.g. the kids on the raft.. King's often been good at people in peril trying to act rationally, but this shootout scene was just pretty boring and goofy and I think every single thing the characters did was kinda stupid — but not knowingly stupid, like when Amy Seimetz sprints out into piano wire in You're Next.

The final confrontation with El Cuco had nothing really. Blah blah, Mendelsohn won't just shoot it, Cynthia Erivo isn't really getting anything interesting out of it, okay whatever so Paddy Considine, this not very good character TBH, can pull the trigger. Annoyance spike for very minimal killing of dead monster. Come on, show, this is 2020.

Then there's another thirty minutes or so, when I thought, ah-ha maybe it's time for the twist! All right! Like, the "innocent" Bateman veering off into the bookstore to fondle a book to leave fingerprints was pretty suspicious. And what was with the new child murder the wimpy DA discovered? And is there something special about Mendelsohn, why the gravitation towards him? And for real, why all that cop-baiting? Hard to reconcile the cheeky evil Jason Bateman flipping off a security camera with the boring hungry monster in the cave.. and remember when it was doing ghost power stuff?

But, nope, I guess? Just a gentle setdown, a bunch of expected scenes going as expected; a mirror scare.

It's possible I missed something because my attention was really flagging during this episode. However I have a suspicion the Ark is not waiting in some antechamber for us to discover.
posted by fleacircus at 9:39 AM on March 10, 2020 [4 favorites]

Might not even be a hook for the next season. Just a creepy way of ending the show with "And everyone lived happily ever after.... 👀Unless."
posted by sideshow at 9:40 AM on March 10, 2020

Also, I'm not one who needs everything explained, but El Cuco's connection to the cave, and the reveal of the horrifying tragedy that occurred there, led me to believe that the horrifying tragedy was going to be tied into El Cuco's origin or fundamental nature. When it turned out El Cuco was just drawn there because four Boltons had died there, it felt a bit anticlimactic to me. The cave-in that doomed the rescuers (and presumably the two boys) seemed like too awful and momentous an event not to have more significance to the story than it had.
posted by ejs at 6:07 PM on March 10, 2020

That was the only weirdly off note to me; the ancillary nature of the cave tragedy. The extremely slow burn of the story and the relative lack of fireworks in the confrontation didn't bother me though.
posted by Justinian at 6:30 PM on March 10, 2020 [1 favorite]

What was up with the whole monologue about how he's not sure el cuco can be killed, and certainly not by a GUN or KNIFE, and how the scientists will cut the monster up, and then he... kills el cuco with a largish rock? If rocks were el cuco's only weakness it really should have thought better of living in an unstable cave, huh.
posted by Pyry at 4:56 AM on March 19, 2020 [2 favorites]

The "Who's Terry?" line was interesting because it implies that something is up at that point with Holly, but if anything were controlling her (the most obvious implication), you'd think the first thing it would learn is not to indicate it doesn't know things.

I took this line to be kind of a snarky call back to when she and Ralph are talking about how no one will remember Terry's name once his name is cleared of the Petersen killing.
posted by terilou at 10:50 AM on March 21, 2020

The scratches aren't how the monster starts controlling you, the scratches are how he collected your DNA or whatever to transform into you for the next kill.

So how/when did it start to control Jack (?) - the sniper/detective guy. He's the only one we saw where Cuco actually controlled another character, right?
posted by hydra77 at 9:41 AM on May 1, 2020

Readers of the novel may be interested to note that King's latest novella collection, If It Bleeds, contains a story that's pretty much a direct sequel to The Outsider, starring Holly Gibney. It's... ok, I guess? (I wasn't a big fan of the first novel and thought the TV show was more interesting, personally.)
posted by whir at 7:41 AM on May 6, 2020 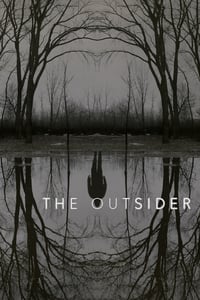