CAN A MAN BE GUILTY UNTIL PROVEN INNOCENT? Suppose you picked up this morning's newspaper and your life was a front page headline... And everything they said was accurate... But none of it was true. The D.A., the Feds, and the Police set her up to write the story that explodes his world. Now he's going to write the book on getting even.

The title refers to the legal definition of one of the requirements of proof against libel defamation, and is used in journalism classes to illustrate the conflict between disclosing damaging personal information and the public's right to know.[1]

Absence of Malice received mostly positive reviews. Newman and Dillon's performances were praised, as was Brimley's cameo. Many reviewers compared the film to the 1976 Academy Award–winner All the President's Men. In his review, Time magazine's Richard Schickel wrote "Absence of Malice does not invalidate All the President's Men. But with entertainment values – and a moral sense – every bit as high as that film's, it observes that there is an underside to journalistic gallantry."[4] Similarly, Variety called it "a splendidly disturbing look at the power of sloppy reporting to inflict harm on the innocent."[5]

The Chicago Sun-Times' Roger Ebert wrote that some may take the approach "that no respectable journalist would ever do the things that Sally Field does about, to, and with Paul Newman in this movie. She is a disgrace to her profession." Instead he preferred a "romantic" approach, writing that he "liked this movie despite its factual and ethical problems" and was not "even so sure they matter so much to most viewers".[6] Janet Maslin of The New York Times found the movie lacking in momentum, but praised its "quiet gravity".[7] Dave Kehr of the Chicago Reader disliked Absence of Malice, writing that "the picture has a smug, demoralizing sense of pervasive corruption".[8] Although Pauline Kael described the film as only "moderately entertaining", she offered higher praise for Newman's "sly, compact performance" and particularly for "the marvelously inventive acting of Melinda Dillon". [9]

Be sure to be on the look out for Ralphie's mom.

Poster's thoughts:
This is perhaps the single best example from my childhood of a movie where I would always come into it at the last part. Without having seen the earlier parts of the movie, things didn't exactly make much sense, but I wasn't in it for the plot so much as the actors, so it all turned out okay.

Having grown up and eventually seen it all the way through, I enjoy Absence of Malice for what it is. It certainly has become more relevant in as time has gone on with "senior officials" and "anonymous sources" driving so much of the news cycle these days.

Paul Newman does his thing in this movie very well. Sally Field and Josef Sommer as the reporter and her editor have a good working relationship. Bob Balaban is excellent as the arrogant DOJ prosecutor. Melinda Dillon's performance is great stuff. And there is Wilford Brimley who arrives on the scene (usually when I started watching as a kid) to clean up the mess created by everyone else.

One thing that is never made clear in the movie is the relationship between Balaban's character and the D.A. character. It's stated by Wilford Brimley that the D.A. is appointed by the president, but in that case he'd be a United States Attorney, not a district attorney, a term usually applied at the state level.

Aside from the themes and acting, I have to mention Sally Field's apartment in this movie. This is the first movie of the 80s that I have seen where one of the characters home furnishings that I would consider to be of the decade. Standing out is some kind of Tv stand that is made up of a tubular framework. That is something I definitely recall in my own home in the first half of the decade.
posted by Fukiyama (3 comments total)
My one lasting memory of this movies is that if you have a 'supeeney' in your pocket, you can get a room full of folks to talk, and tell the truth.
posted by Frayed Knot at 6:40 PM on March 23, 2020 [1 favorite]

AoM is a great movie. The acting, the directing, the writing, the production is all good. Like Fukiyama, AoM is THE movie that I remember always starting to watch midstream, and usually at the start of the climactic proceeding. A group of people, saying and doing intelligent things, it doesn't get any better.

But, as good as AoM is, it does have one major ... oddity, in retrospect. In a movie that takes place in early 80s Miami, and a movie about reporters reporting on cops and robbers to boot, no one mentions cartels, the Cocaine Cowboys, or even just the War on Drugs. Instead AoM has generic mobsters, smugglers, longshoremen, and the aforementioned presidentially-appointed "District Attorney." Since I've been old enough to notice, I've wondered about this omission. Why did they even set the movie in Miami if they were going to be so vague?
posted by Stuka at 7:42 PM on September 25, 2021 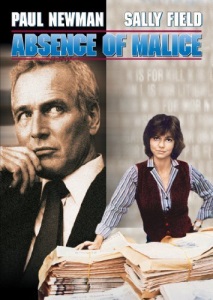