After a traumatic year, an Indian-American teen just wants to spruce up her social status — but friends, family and feelings won’t make it easy on her.


10 episodes streaming on Netflix (US, at least)

Reviews:
Mindy Kaling’s new teen sitcom Never Have I Ever is an empathetic exploration of grief from Joshua Rivera at theverge.com

Never Have I Ever Made Me Happier Than I’ve Been in Weeks from Kathryn VanArendonk at vulture.com

Give Never Have I Ever a Chance from Sangeeta Singh-Kurtz at thecut.com
posted by the primroses were over (9 comments total) 5 users marked this as a favorite
I'm about halfway through, and really enjoying this. Poorna Jagannathan's comic timing is stellar, and I'm loving all the strong women in Devi's family.

It's a fun take on the teen rom com genre, but also a surprisingly thoughtful take on grief. I should finish this up just in time for the next season of Dead Like Me, speaking of Netflix comedies about grief. Oh god, that is going to be the top of my suggested categories next time I log in, isn't it?

I absolutely loved this show. It was charming, heartwarming and funny. I loved Devi and all her antics.
posted by stripesandplaid at 5:11 PM on May 3, 2020

I just cried some ugly tears at that last episode. Part of it is me needing a release valve just for life in general, given everything, but I really did dive into this show. I got through it in just two days.

There are some definite tropes, but I agree that they were comforting. I liked how Devi's heritage and family were completely woven into the story, which set it apart from teen dramas of yore. I also (spoilers!) knew as soon as they had their first scene together that her nemesis Ben had to be the romantic endgame. The popular boy was so clearly Devi trying to shove away her grief, and he was kind of lame (albeit easy on the eyes). I'm really glad the story was really about dealing with losing her dad, her relationship with her mom, and friendship. The makeout session with the boy who actually did care about her and was there for her (without needing to be shamed into it by his sister) was just a bonus.

Some other thoughts:
- Ben called her by the wrong name on purpose, which is obnoxious, and veers over to icky when it's a white boy doing it to a brown girl.
- I liked Kamala but she felt a little one-dimensional to me.
- The John McEnroe thing was kind of goofy? Maybe it worked, but it was a bit of a strange tone sometimes. I liked Andy Samberg dropping in too.
- The first episode felt a little bit like early Glee to me, when I thought the series would be a sharp satirical high school dark comedy (ha ha). By the end, Never Have I Ever veered into some pretty heavy issues, especially the deeper conflict between Devi and her mother. I'm impressed by how invested I got in these characters in such a short time, and there's so much distance between episode 1 and episode 10.
- On that note, I had some whiplash with Nalini. I loved the storyline with the moped, and then the penultimate episode revealed that vicious fight between her and Devi. That was rough. Maybe her father also seemed too perfect.
- I appreciated that Devi had angry outbursts, and made bad decisions, but sometimes I wanted to shake her. She is 15 and dealing with some serious trauma, but I also think she ran right back to Paxton one too many times.

I've been watching this with my (nearly) 12yo daughter. We finished it today, and I sobbed when U2 started up on the beach.

It seemed to walk a decent line between teen drama/comedy/romance. I wish the friendship storylines had been a little more emphasized because Paxton was just boring. But a 15 year old girl would be all about him, over and over.

My daughter, at the end, "she likes Ben because he didn't leave, and she felt like every one else left her" so they obviously spelled that out well enough for a tween to get it.
posted by gaspode at 10:10 AM on May 14, 2020 [2 favorites]

I'm on episode 8 and I like it a lot -- it's solved a lot of the problems in The Mindy Project -- I like Devi even as she makes really obvious mistakes (her friends are a little mature for their age especially compared to Devi), you get why she is making them. I like that Paxton isn't a popular jerk -- he's a thoughtless kind of jerk but not the stereotype.
posted by jeather at 4:35 PM on May 17, 2020 [2 favorites]

I binged watched this yesterday and really enjoyed it. It made me laugh out loud, cringe in second hand embarrassment and also cry - I had a high level of emotional engagement with Devi and her Mom.

As for the father being too perfect - I think that is because of his untimely death, his wife and daughter were fixated on all the good moments with him.
posted by Julnyes at 9:59 AM on May 24, 2020 [2 favorites]

I'm not quite done with this show and for the most part I have really enjoyed it. One thing that continues to bug, though, is the trope of the heavyset character being all about food and grossness. It feels like something that was "focus-grouped in" or added as a note from some higher up but is that just me wanting to let MK off the hook? The fat boy character isn't funny, seems shoehorned in for no reason other than...there's needs to be a gross fat character? There's so many other tropes you can slot in if you must but, like, why?

And, I also get distracted at how model gorgeous Lee Rodriguez is as Fabiola. She's clearly wearing makeup meant to appear "natural" but it's visible and it just pitch perfect highlights her pristine and perfect face. It just kept pulling me from her storyline as an awkward, nerdy, teen who is working through complicated issues of sexuality. They could have geeked her up a bit beyond a polo shirt. But then, all the kids these days are seemingly obsessed with makeup videos that show intense sculpting and highlighting as everyday makeup and I could just be annoyed that they don't have to go through a thick, electric blue eyeliner phase like we did. Here's a Teen Vogue profile I found of her...which I found because the cast list that pops up with a simple google search doesn't include her? WTF, Google?

It's been renewed for a second season and it would be nice to see this show get a little richer and deeper and more developed and maybe step away from the tropes.
posted by amanda at 9:15 AM on July 5, 2020 [2 favorites]

One thing that continues to bug, though, is the trope of the heavyset character being all about food and grossness. It feels like something that was "focus-grouped in" or added as a note from some higher up but is that just me wanting to let MK off the hook? The fat boy character isn't funny, seems shoehorned in for no reason other than...there's needs to be a gross fat character? There's so many other tropes you can slot in if you must but, like, why? 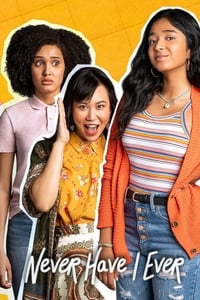