The story of Fred Hampton, Chairman of the Illinois Black Panther Party, and his fateful betrayal by FBI informant William O'Neal.

This was really well-done, and well-acted. It's interesting, of course - and part of how the movie industry works - that it takes the narrative hook of the undercover informant to tell the story of Fred Hampton.
posted by mistersix at 10:30 PM on February 15, 2021 [1 favorite]

Lakeith Stanfield is astonishingly good in this, with about six different emotions flickering across his face in two seconds. Really, every actor is so good, Jesse Plemons playing the Good Guy Doing the Right Thing, but it's so clear that the FBI is an organization propped up by violence, including violence on teenage black boys (which is what Fred Hampton and Bill O'Neal were when this story began). He and Martin Sheen made my skin crawl, upholding the status quo. Domnique Fishback is quietly magnetic, Daniel Kaluuya entirely believable and inspiring. Shaka King directed this with such restraint, and it's so powerful.
posted by oneirodynia at 10:39 PM on February 18, 2021 [3 favorites]

Finding the Judas in Judas and the Black Messiah: The Lucas Brothers explain how their story of Fred Hampton came to be about William O’Neal. [Vulture]
The Light of Dominique Fishback: Who but a poet could deliver a performance like this? [The Cut]
posted by ellieBOA at 4:59 AM on February 21, 2021 [2 favorites]

Another interview with Dominique Fishbank in the NYT, I’m so impressed she wrote the poem she reads to Daniel Kaluuya.
posted by ellieBOA at 10:52 PM on February 21, 2021

Oh man, I didn't see Jesse Plemons's character as the Good Guy Doing the Right Thing, I thought his character was an example of the "White Moderate" who might look askance as a lynching with KKK hoods but would fight tooth and nail any efforts for actual racial justice. But maybe that's what you meant by the quotation marks!

Everyone was great in this, I echo the support for Dominique Fishback, her character has stayed with me the most after watching the movie. The Murder of Fred Hampton, the documentary released shortly after his death, is streaming free on Vimeo.
posted by rogerroger at 9:18 PM on March 5, 2021 [1 favorite]

There is an absolutely perfect shot in this movie. When the BPP's car pulls up to the bar to speak with the Crowns the first time, and the neon sign's reflection slides over the windshield and O'Neal's face, it's so beautiful and gives you all the information you need, and Stanfield's face does the same. It took my breath away a bit.
posted by gladly at 10:54 AM on March 13, 2021

It's very good and definitely worth watching! It's only on HBOMax for a few more days in case anyone reads this before March 15ish.

Yes, I almost missed this because I just have not been in the mood for a depressing movie, but I queued it up last night and am so glad I did. It is, of course, heartbreaking and infuriating, but it is a great movie with a phenomenal cast. I still watched an episode of Courage the Cowardly Dog afterward as a palate cleanser because I need to sleep, mind you. But this movie is so much more than just depressing.

I was prepared for Stanfield and Kaluuyah to wow me (and they did) but Dominique Fishback really made the most of her role (the close up shot of her face after she comes out of the bedroom during the raid and the cops finish what they came there to do... absolute gut punch). In general, I felt like the movie did a great job of building out the characters of several of the other Black Panthers, which I think was key in making me feel the enormity of how fucked the FBI's approach to the Black Panthers was. I knew going in what was in store for Fred Hampton and Bill O'Neal, but the Jake Winters plot line, for example, hit me as hard as any other layers of tragedy.

Also, I thought King did a good job of showing the resilience and hope of the community and of Hampton, even in the face of this immense ongoing tragedy.

Sheen as Hoover is inspired casting as well, both because he did that hateful bureaucratic menace so well and because casting Josiah Bartlet, the dream president of many white liberals of a certain age, as J. Edgar Hoover feels like a not so subtle underscoring of the fact that the whole white capitalist power structure is out to undermine the Black community, it's just a matter of how willfully brazen any given cog in that machine is willing to be about protecting it - the conversation when he threatens Jesse Plemons' agent, who fancies himself a supporter of civil rights while running a COINTELPRO informant is unsettling as all get out (to this white liberal of a certain age).

Weirdly, now that I've gone on at length about the perfect casting, I would say one thing I would have liked to see is younger actors playing Hampton and McNeal. Hampton is assassinated at 21, and McNeal is a teenager when he gets blackmailed into his C.I. role. The things that are done to them are horrifying no matter their age, but Kaluuyah and Stanfield read as the 30 year old plus/minus a couple years men that they are, and I think it's important to remember how young the people involved really were. But, given the chance to have these actors in these roles, I can certainly understand the choice.
posted by the primroses were over at 1:14 PM on March 13, 2021 [3 favorites]

That's really my only complaint. Kaluuyah and Stanfield are great but they are too old and give the characters an unearned gravitas. They were basically children. And our government hunted them like dogs for the crime of wanting equality.
posted by graventy at 1:21 PM on March 17, 2021 [4 favorites]

Interesting Shaka King interview with Jason England for defector.com (note: limited articles from this website before paywall if you're not a subscriber). It touches on the decision not to cast younger actors as Hampton and O'Neal (not sure how the O'Neal's name ended up as McNeal in the last paragraph of my prior comment - this is what I get for phone commenting I suppose).

I was going to pull a few quotes, but the section on casting goes on for several nuanced paragraphs, and I felt like grabbing a sentence here and there wouldn't accurately summarize. But he makes 2 points - (1) 21 in the 60s was "older" in terms of life experience than it is now, and (2) he needed bankable names to get financing. Not sure I totally agree with the former, but it's hard to argue the latter point. I appreciated his discussion of the distinction between name recognition and perceived bankability of actors, and the ways the industry fails at creating that bankability for minority talents.
posted by the primroses were over at 9:21 AM on March 19, 2021

Wow this was really good. Beautifully acted, shot and edited. I could have used more focus on the activities of Hampton and the Panthers and less focus on O'Neal's feelings, but overall there's no denying the film's power.
posted by mediareport at 12:25 PM on December 22, 2021 [1 favorite] 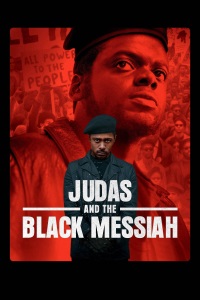