The employees celebrate the past, present and future of Cloud 9.


Vox (Emily VanDerWerff): Superstore was the best sitcom of its era, a wildly funny and poignant capitalist tragedy

Too many series as poignant as Superstore lean so far into their poignancy that they tilt over into outright treacle — saccharine and self-satisfied dives into uber-happy silliness. Superstore never did that, because its characters’ conflicts were rarely with each other (and even when they were, they usually didn’t last very long). Instead, their chief antagonists were the larger structures of capitalism and the 21st century United States. The store itself often functioned as an island that felt isolated from the world’s problems, a place where its workers could hang out and build long-lasting friendships. But Cloud 9 wasn’t invulnerable to the world’s problems. Its mere existence, more K-mart than Target, felt tenuous. Sooner or later, the capitalist Grim Reaper was coming for Cloud 9, too.

That quality of tackling the world’s problems without being beholden to them also gave Superstore an added boost in its final season, which took place against the backdrop of Covid-19. Sitcoms rarely put their best foot forward in their final years, and Superstore had one hand tied behind its back after the exit of one of its most beloved characters. (The actor moved on to other things but returned for the show’s final handful of episodes.) To make matters worse, season five had been a step down from seasons three and four, a slump that didn’t portend well for what was to come.

Yet season six was one of the show’s very best, largely because its handling of the pandemic’s many idiosyncratic oddities was better than that of any other show on TV. Superstore allowed Covid-19 to recede into the background without losing sight of it entirely. The pandemic wasn’t central to every storyline, but it was always present, in the masks everyone (usually) wore, in the infrequent deep cleans of the store, in the changing safety regulations handed down by corporate.


AVClub (Saloni Gajjar): Superstore closes its doors for good, but not before providing some sweet closure

And just like that, Garrett leaves the store and the show leaves its mark on the landscape of TV comedies. It’s not like everyone in its viewer base has worked in a big box store or had the same retail experiences, but Superstore still maintained universal relatability with its pointed humor, heartfelt character development, and diverse stories with an inclusive cast and crew. Six seasons (and a movie?) is a great run, but Superstore’s vacancy will be felt for a long time.


posted by tonycpsu (6 comments total) 4 users marked this as a favorite
This was a really well done show that needed more love, as it were.

The feet! I guess we finally know who was doing that (ewwwww).

Happy to see that everybody got a good ending. Of course Amy came back for Jonah, but glad at least some folks seem to have found jobs that suit them more.

Dina and Garrett, go figure. I guess it works. Her just simply asking if he wants to be her boyfriend and he's all yeah.

Sandra got really fierce in the last few episodes. Good job, Sandra! I'll be very surprised if I ever see Kaliko Kauahi again anywhere because Hollywood/not typical looks/etc., but she worked really well on this store and I hope sometime she turns up in shows again.

Oh god, watching people have a large party at the end, post-pandemic....awwwww.

Just wondering: can anyone explain how Mateo didn't get deported. I got that he couldn't work legally and was working under the table the whole time, right? But how was he uh, not kicked out? Last time I can ask, I guess.
posted by jenfullmoon at 5:01 PM on March 26, 2021

Totally crying at all the happy endings and Jonah's and Garrett's speeches. What a lovely, lovely show.
posted by cooker girl at 6:50 PM on March 26, 2021

This ending really worked for me.

My biggest complaint about Superstore is simply that it didn't get the cultural attention it deserved. Few people I knew were watching it. My usual weekly TV critical spots (including Fanfare) weren't dissecting every episode. Meanwhile it was one of the absolute TV highlights of my week, but I had hardly anyone to discuss it with!

Such a great ensemble cast. I hope the impact they have made on the world continues to grow into the future.
posted by simonw at 11:29 PM on March 27, 2021 [3 favorites]

I was introduced to Superstore in 2019 at a friend's house; he had set up an evening with pizza and a brief pilot episode marathon of some of his favorite current shows (Pen15, Silicon Valley, Superstore).

I watched the entirety of the series during the pandemic, and was lucky enough to watch the end of season 5 and all of season 6 live. It really fit my niche of NBC shows that were weird (Scrubs, 30 Rock, Community). It was really helpful to have something humorous to watch in the tough beginning of the pandemic.

I just finished this series very quickly - nursing a new baby takes a lot of time! I loved it and I can't believe I wasn't watching when it was on!

It was interesting how Amy's role changed in the show. When it started she was kind of the straight character reacting to chaos. Later a lot of her stories were avoidable moments of cringing and embarrassment - everyone, including her, knows better but she can't stop herself. That's not really my type of humor but it still worked I think. I was relieved at the end that Jonah had a bit more equal footing in their relationship. It was hard to root for them before when it seemed like he was all in and she was enjoying having access to his affection and attention when she felt like it.

My favorite character by far was Dina. Lauren Ash had perfect delivery of every line. I laughed out loud SO many times. At first I found her character to be somewhat uneven - it seemed like they just gave her the most extreme, ridiculous things to say that didn't necessarily all gel for one person. But it didn't matter because Ash played her so well.

The Mateo-Cheyenne friendship was touching and well played. I cried so many tears when Cheyenne visited Mateo in detention. Both Jeff and Sayid impressed me because they could have been cardboard cutouts (evil guy from big corporate, refugee lending a story of tragedy) and instead they were both real people. They could have done more with Sayid, though.

I also watched the Comic-Con panel linked by JDC8 and it was fun to see Mark McKinney, Kaliko Kauahi and Lauren Ash as themselves instead of in character. 3 very talented actors.
posted by Emmy Rae at 1:03 PM on June 20, 2021 [1 favorite] 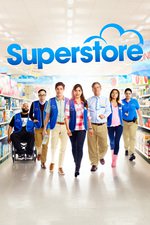