"I had such fuckin' hopes for us." - McNulty


Reform efforts gain ground on two fronts - Bunny pressures the "middle management" of the drug crews and shuttles in junkies to get Hamsterdam working; and Stringer gets the Brand New Day Co-Op off the ground.

But while both efforts are working, there is resistance. Marlo resists both the pressure to move to Hamsterdam from the cops as well as Stringer's overture about joining the Co-op, telling Chris it's time to "tool up". And some of Bunny's cops don't look too thrilled with Hamsterdam. Are there too many players who want things kept the way they were?

Elsewhere, Bubs is building a new game plan (only to be met with resistance from Johnny); Carcetti tries to play things straight (only to be met with condescension from the mayor's office); Bunk gets nowhere on his search for the gun, while the small progress he makes on Tosha's murder is frustrated; Cutty stays with the game he knows, but he's still a man behind the times; Kima discovers an opening to get at Stringer; and McNulty gets used.

And Avon returns, and the implications of his return are unclear.
posted by nubs (3 comments total)
I wish there had been some flashbacks or rambling remembrances about Avon's "early years", what it took for him to build his power base.
posted by sammyo at 8:31 PM on December 23, 2014

I always think of this as the episode where Carver begins to separate himself from Herc. Remember that Herc scored higher on the sergeant's exam, and the two were largely Tweedledee and Tweedledum for the first two seasons. But then Colvin has them try to round up Marlo: it's Carver who sees the threat while Herc is getting ready to "knock heads".

Is this the first appearance of WMDs? Bush should have looked in West Baltimore, not Iraq.

In a previous episode, I commented that Carcetti is the one who fucks with the program and sorta gets away with it, but I'd argue Cutty does as well. One of the reasons I love his character and story is all the indignities they heap on him. Interesting that we see his journey through probation, but not Avon's. But my guess is that Avon doesn't really deal with the parole system.

"For a bunch of cold-ass gangstas, you all carried that shit like Republicans."

"Is you takin' notes on a criminal fuckin' conspiracy?" Shamrock's commitment to Robert's Rules just kills me.
posted by rocketman at 6:37 AM on December 26, 2014

Forgive The Daily Fail link, but I thought these before and after photos were interesting.
posted by potsmokinghippieoverlord at 10:16 AM on December 29, 2014 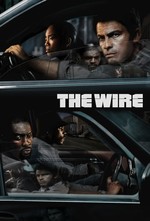