An ex con teams up with federal agents to help them with breaking up a moonshine ring. Burt Reynolds stars in this 1973 film, directed by Joseph Sargeant and written by William W. Norton.


Bobby "Gator" McKlusky is serving time in an Arkansas prison for running moonshine when he learns his younger brother Donny was murdered and that Sheriff J.C Conners was the one behind it. Gator knows the sheriff is taking money from local moonshiners, so he agrees to go undercover for the Feds and try to expose the sheriff. He gets a job running moonshine with Roy Boone and starts having an affair with his girlfriend Lou. Eventually, when the sheriff discovers Gator is working for the Feds and sends his enforcer Big Bear, Gator decides to go after the sheriff in an epic car chase finale. (wikipedia)

It's one of Sterling Archer's faves. Though he believes Gator to be the stronger installment. He gets the movies easily crossed, though, as he believes several key scenes from White Lightning to be in the sequel.

Joseph Sargeant passed away this year on the 22nd of December. The writer, William W. Norton has a great backstory. When asked by a nurse the day before he died if she would know any of Norton's films, he replied "I don't think your I.Q. is low enough".
posted by valkane (4 comments total) 1 user marked this as a favorite
This movie is available on Youtube in 7 different segments. Having learned from MetaFilter's own JHarris, I'm going to do a sync-video showing tonight, starting at 8:00 pm (est). You can watch and comment, and chat with (anybody) who shows up.

I put some extra stuff in there as well.

Right now the URL for the shared viewing is http://www.sync-video.com/r/rdcGjHPE.

I watched this friends while we were visiting Florida near the Burt Reynolds museum. We were all mildly surprised it was a serious movie.

Thanks, JHarris. We had three or four folks show up, all anons. 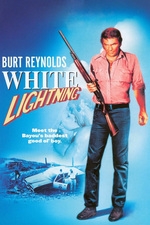