Darren, a young talented musician, dreams of making music like nobody has before. But she's broke. Desperate for cash, she signs up to a paid-dating website, throwing herself down a dark path that shapes her music with it.

Jared Mobarak [thefilmstage] "It’s also why Sugar Daddy is so uniquely good too, though. They’ve put an honest, coarse, and authentic human being on-screen who’s breaking through the façade she didn’t even know she was helping to cultivate."

Susan Wloszczyna [awfj] "When Sugar Daddy opened the 20th edition of the Whistler Film Fest last December, its Vancouver-based leading lady had this to say to Variety: “This film is also very wildly un-Canadian in term of its sentiment and its lack of politeness.” McCormack added that she hoped it would be warmly received by “a global audience….As Virginia Woolf famously said: ‘A woman has no country.’ ”"

notareview, anonymous [businessinsider] "I'm a 'sugar baby' who gets paid $500 a date — here's what it's really like to date sugar daddies and get cash, gifts, and 5-star hotel stays"
posted by porpoise (1 comment total)
Holy moley, powerful and nuanced performance by Kelly McCormack. There's a ton to unpack in her performance, not just on this particular strip of film, but her journey to be in the position to be exquisitely cast for this role.

Amazing range of emotion, believable as a musician.

She worked her way up through (Canadian) television before breaking out in 'Killjoys' then getting regular work in 'Letterkenny' and 'Departures,' and now in the miniseries remake of 'A League of the Own.'

"Now my dear. The most important question I will ever ask you. Do you prefer red or white?" Colm Feore masterful as always.

This film felt authentic from the struggling-to-commercialize artist, to the grungy hangouts service workers frequent - in contrast to (the full spectrum/ range of) what "money" (in Canada) brings, to tipsy 20-somethings.
posted by porpoise at 8:46 PM on September 12, 2021 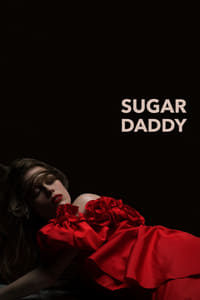