A strong-willed, single mom sets out to reclaim her family's name and make an impact with her revolutionary hair care line.

Variety review - Fox’s ‘Our Kind of People’ Packs in as Much Monied Melodrama of the ‘Black Elite’ as Possible: "The idea of a series starring Black characters on a historically Black, monied island that’s completely unconcerned with the white power structures beyond it is a juicy one. Created by Karin Gist of Fox’s “Star” and “Revenge,” and executive produced by Lee Daniels, “Our Kind of People” embraces its singularity. Whereas something like HBO Max’s “Gossip Girl” takes pains to diversify the typically white social strata of the Upper East Side, “Our Kind of People” unfolds in the Oak Bluffs corner of Martha’s Vineyard, where the “Black elite” have long established their wealthy bonafides. In theory, adapting Lawrence Otis Graham’s history of the area (“Our Kind of People: Inside America’s Black Upper Class”) into a primetime soap opera is a sharp idea. In execution, at least in the first two episodes screened ahead of the show’s Sept. 21 linear premiere, “Our Kind of People” depends so heavily on exposition and constant plot machinations that it barely gives itself room to breathe."

The Hollywood Reporter review - Yaya DaCosta toplines a new drama series as a single mom who's trying to build her hair-care business in the wealthy Black community of Oak Bluffs on Martha's Vineyard.: "Fox’s Our Kind of People is easy to want to like, and occasionally it’s actually easy to like. Billed as a juicy family saga à la Empire (with whom it shares executive producer Lee Daniels), the hourlong drama promises dramatic twists, luxe-life wish fulfillment and fabulously attired actors ripping into each other at fancy parties — all with an undercurrent of social commentary, based as it is on Lawrence Otis Graham’s critically acclaimed 1999 book of the same name about the Black upper class in America. Alas, though the show delivers to some degree on all the above, it’s also seriously hindered by a script that prioritizes breakneck pacing over common sense or characterization, and that rarely lets a theme simmer on the level of subtext when it can just come out and have a character spell out the metaphors for you. It’s not just clunky, it’s forgettable — the last thing a show that seems designed for virtual watercooler chat should be."
posted by oh yeah! (1 comment total)
I agree with the reviews about the clunkiness of the exposition dumps. And it doesn't have quite the level of over-the-topness that I'd expect of a primetime soap. But I'll probably give it a few more episodes to see if it finds its feet -- there's some good fashion/hairstyle eye candy, Joe Morton is always worth watching, and the Leah vs Angela scenes did give me a glimmer of nostalgia for the great Madeleine Stowe vs Emily VanCamp scenes in Revenge
posted by oh yeah! at 7:47 PM on September 21, 2021 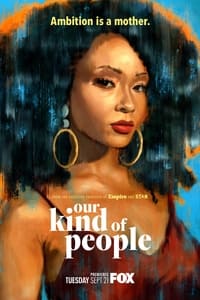