Children of the Stones is a British television fantasy drama serial for children, produced by HTV in 1976 and broadcast on the United Kingdom's ITV network in January and February 1977. The series is today considered a landmark in quality children's drama and has been called "the scariest programme ever made for children"


The series follows the adventures of astrophysicist Adam Brake (Gareth Thomas of Blake's 7) and his teenage son Matthew after they arrive in the small village of Milbury, which is built in the midst of a megalithic stone circle.

Filmed at Avebury, Wiltshire during the hot summer of 1976, with interior scenes filmed at HTV's Bristol studios, it has sinister, discordant wailing voices heightening the tension in the incidental music. The music was composed by Sidney Sager who used the Ambrosian Singers to chant in accordance with the megalithic rituals referred to in the story. Director Peter Graham Scott was surprised on seeing the script that the series was intended for children's airtime due to the complexities of the plot and the disturbing nature of the series. (wiki)

The series is often cited by those who grew up in the Seventies as the most frightening thing seen on television. Simon Pegg cited this as a particular favourite from his childhood, Charlie Brooker has reviewed it and Stewart Lee narrated a documentary about it for BBC Radio 4 in 2012.

The series has been called "an undisputed landmark in children's television" and a "groundbreaking fantasy series" because it "combined scientific fact and fiction with pagan mythology and rural folklore".

Children of the Stones podcast.
posted by valkane (12 comments total) 14 users marked this as a favorite
Full series currently available on YouTube in the US for free.
posted by valkane at 6:51 AM on February 18, 2022 [1 favorite]

I have been meaning to rewatch this for decades. Thanks for the impetus!
posted by phooky at 9:11 AM on February 18, 2022 [1 favorite]

This show deeply fucked me up as a child (I saw it and the less-creepy-but-still-nightmare-inducing "Into the Labyrinth" when they aired as part of "The Third Eye."

I’ve listened to the podcast (it’s in my Spring 2021 podcast roundup, which seems very long ago), and I liked it quite a bit. The first half is all about the creeping dread; the second half gets a little off track with the astronomy stuff and the slightly aimless “villain,” but it’s a strong story. I should watch the tv series, but there’s so much to watch….
posted by GenjiandProust at 3:25 PM on February 18, 2022 [1 favorite]

Are there somewhat gratuitous Morris dancers in the show? Their jingling and shouting fills a couple of the podcast episodes….
posted by GenjiandProust at 6:09 AM on February 19, 2022

So, because Gareth Thomas, I watched the first episode with my wife last night, and on the one hand it's easy to see who this was scary to an audience caught unaware, on the other hand it has about the expected level of cheese from the 70's. I plan on watching the rest of the way through, just to see what comes out of all the weirdness they set up int he first half hour.
posted by Kyol at 9:52 AM on February 21, 2022 [1 favorite]

Just wrapped this up last night, and wow. I only had the vaguest memories of this-- some unsettling recollections of Dai and the busted-bicycle note, the visuals of the stones, the music, and that final intense drive out of Milbury. The first few episodes tracked with my childhood recollections, but I'd completely forgotten how wild it gets further on, and how brutally apeshit that final episode is. I mean, it's all foreshadowed, but it's still nuts. Suddenly, ancient druids! Time loops! The dining room table is a transmitter for talking to god! The church is closed because it's mining bitcoin! People are freaking out over digital clocks! Hacking the manor's home automation system with an oscilloscope and a signal generator! "Do you have a pencil?" And that's just the first half of the episode.

What really hit me hard, though (and massive spoilers here) was that moment at the end, when they've broken the circle and the villagers recover their wits. They have all of thirty seconds to collect themselves and be all "huh? what happened?" before [SUDDEN LASER NOISES] and they're transformed into stones to die in absolute terror. Like, the fuck. Worst of all was poor Sandra, who we don't even get to see off in the alternate timeline.

I could also write an essay about the pants in this series. Like, the waistlines are all over the fucking place.
posted by phooky at 12:01 PM on February 27, 2022 [3 favorites]

Oh, and that shirt/tie combo that Iain Cuthbertson is wearing in the dining room sequences. What the living fuck was up with that
posted by phooky at 12:05 PM on February 27, 2022

This interested me mostly because I was privileged to have spent an afternoon wandering around Avebury circle many years ago, and the place always inspired some awe in me. This particular series kind of feels like a sort of "Quatermass Jr" story, the mixing of folklore, supernatural and science-y stuff. The exact kind of elements that would have played well with me had I been able to watch when it came out. While I find the story itself somewhat convoluted and hard to follow and not particularly scary, the unsettling choral score pushes it into creepy territory.

Did anyone else think that Hendrick is what you would get if Frasier Crane took deportment lessons from Lord Summerisle?

I finally watched it (nice urging, valkane). It's OK. The music was deeply unsettling, and the opening and closing sequences are weirdly menacing. The story is just kind of weird, and goes kind of off the rails in the last two episodes, but ends up... feeling very ominous indeed. phooky's observation about the horribleness of the ending is spot on. It's like the story should work at all, but does through some sort of strange alchemy.
posted by GenjiandProust at 2:45 PM on February 27, 2022 [1 favorite] 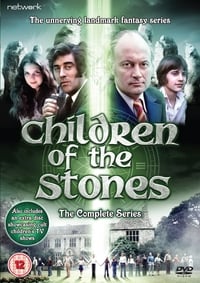