The Vega Lupina Taskmaster Outtakes channel is posting the on-stage version of Taskmaster from the 2016 Edinburgh Fringe—between seasons 2 & 3—one round at a time. In it, the contestants are all industry producers, two of which had rejected Taskmaster when pitched. So far we have: • Task 1 (Prize Task) • Task 2 • Task 3 ...and probably a couple more rounds to follow.
posted by not_on_display (8 comments total) 3 users marked this as a favorite
...Task 4...
posted by not_on_display at 11:50 PM on February 23, 2022

Ah hah hahah, so the thetvdb description of this episode says:

If you follow the link, you'll see that despite looking like an official EITF page, Avalon blocked it on copyright ground. I assume the theme tune gigged it.
posted by Kyol at 6:21 AM on February 24, 2022

Ah, that was delightful, and it shows that the Taskmaster concept can still work with gregarious people at best, but it doesn't need comedians to be funny, the humor can be in the task itself.
posted by Kyol at 10:52 AM on February 24, 2022 [1 favorite]

I am satisfied! Enough to the point that I can put aside my craving for more Taskmaster until they release Champions II or another season. But watching one task at a time was good in that the show felt stretched out to where I felt as if I were watching a whole short-form series, and by the end I had definite favorites and felt vested.
posted by not_on_display at 12:48 PM on February 25, 2022

I tried to do the "Name TV Show tasks".
I was just trying to think of 1 for every letter and I ALSO choose Fresh Fields for my F choice. Which is a show that was on when I was a child and I didn't particularly watch. It's absolutely bizarre that anyone would think of that.
posted by Just this guy, y'know at 12:56 PM on February 26, 2022 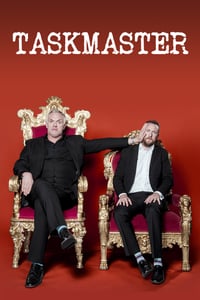