Can't remember the last time Weekend Update didn't have a side guest.

posted by rhizome (13 comments total) 1 user marked this as a favorite
An up and down show. Some of the sketches were great, others fell flat.

The cold open was obviously thrown in at the last minute. They did something similar after 9/11. Not much to say about it other than I wish they had the choir saying "Live from New York..." at the end though I suppose that would have taken away from the somber mood. I thought it was a nice gesture and somewhat touching.

The monologue was brutally honest. I like when comedians take a tragedy and turn it into a tight ten minutes. The intervention stuff was very funny. I hope he can stay clean.

Monkey Judge was the best sketch of the night, IMO. It brought back memories of Unfrozen Caveman Lawyer but was on a whole other level. Whoever wrote it sure knew a lot about monkeys, or at least monkey stereotypes.

The dog food commercial was just plain weird, and not funny-weird, just weird. It also went on way too long.

I know what they were going for with COVID dinner but I really don't think we need to question our actions at this point. I laughed at it a bit but I'm sure there were a lot of people on the 'other side' going "Damn right! That's just what I've been saying!"

The 5 Timers was obviously supposed to be the cold open and I'm glad they brought Rudd back for it but I think the thing has been played out a but by now. Maybe retire it and turn it into the 10 timers club.

I guess they were really pressed for time because WU was shortened to the "oops, all jokes" format and felt rushed.

Good Variant was a fun premise. Nice that they moved away from the "haha we're writers and we're big nerds!" thing that they've been going with.

Big Talking Heads vibes from LCD Soundsystem. I know they've been around for a while and I'm sure I've seen them on SNL before but I don't really know them much beyond that. I liked the music but didn't care for the vocals/singer.

I enjoyed Behind the Slime but probably because I have so many fond memories of YCDTOT.

And of course they got the musical theater sketch in that they always do when Mulaney is on. I'm not a musical guy so I only got some of the references and I'm not sure I'm the guy to judge it how well they did it. I enjoyed it.
posted by bondcliff at 8:35 AM on February 27, 2022 [4 favorites]

When they shot Mulaney with a blunderbuss full of slime I about peed myself.
posted by Stanczyk at 9:38 AM on February 27, 2022 [1 favorite]

Some good bits, but I tuned out when it became, once again, John Mulaney Salutes New York City.

Also, who needed to see a dramatization of their well-meaning (I guess) family, friends, and neighbors stumble around to make the point of how gosh-darned annoying it has been to deal with this COVID thing. I mean enough, already, with the masks and shots! We want little Chambryn and Rylon to have a normal childhood!

Finally, the return of the white guy who is totally—and I mean totally—plugged-in with Black culture sketch returned; who doesn’t want to see that self-indulgent bit of middle-aged white male fantasy?

I'm late to the 20th century, but we recorded the show—and then watched it and skipped all the commercials! What an improvement!

Wife and I love, love, love LCD Soundsystem. We saw them live at their "farewell, we're breaking up" tour about ten years ago (ahem...) and it was now of the best shows we've ever seen. So yeah, we loved the musical act. Mulaney was great and overall (with a few weak points like the family reunion) this was the best SNL episode I've seen in a long, long time—but I watch it semi-infrequently.
posted by SoberHighland at 4:11 PM on February 27, 2022 [1 favorite]

There's definitely a few recurring sketch concepts that come out whenever Mulaney hosts, and they've all lost their edge for me (though at least with the Only In New York, Baby! musical numbers everyone looks like they're having fun)

I did enjoy Behind the Slime, and it forced them to cycle through a lot of different cast members, simply because people can't clean up that fast.
posted by ckape at 7:19 PM on February 27, 2022

I liked the music but didn't care for the vocals/singer.

That was my feeling. Jim and I were like "He is YOUNGER than us!" I know he's super famous and talented but I always like it when people... dress up for the show a little? But I watched the Sparks documentary last night so my expectations may have been raised a little. I do like their music, but they were jammed on to that small stage.

I thought this show hit more than it missed. I am glad Mulaney is doing better. I was a little surprised to not see Pete on there but maybe there is more to their buddy story, or maybe with Cecily and Aidy back (so good to see them!) he could work on the Ramones documentary or whatever he's up to.
posted by jessamyn at 8:29 PM on February 27, 2022

Mulaney is someone I feel crabby about, but I can't help but love him—kinda like Seinfeld. Wanna kick him in the nuts for being a smug NYC whiteguy, but he's just too funny, and his humor now isn't as "kick'em while they're down" as it used to be. So I wouldn't kick him while he was down, and sounded like he'd hit bottom.

He reminds me of something else in that Sparks documentary Jessamyn and I saw—the Mael brothers are definitely in the "drama camp" camp, but also recognize the inherent humor in what they've created. Mulaney can love a thing—that thing being NYC—both ironically and unironically. That's why schmaltz like the musicals he writes work so well. They are loving tributes and complete teardowns.

I think Mulaney is funnier now—he's trying less to be "provocative for the sake of being provocative" and trying more like being a "person." When he's not being Monkey Judge. A lot of this show felt like the sketch premeses came from the Dana Carvey era, but they were filled with 2020's jokes.

I also like that there's a few levels of intelligence to some of his jokes—and also that I don't get a few, kinda like when Dennis Miller was (once upon a time) funny, he could make the most obscure reference hilarious. But Mulaney's not afraid to just be a goof (unlike Miller). That's also why I don't wanna kick him in the nuts. (Dennis Miller, I could picture kicking him in the nuts if the occasion called for it. Seinfeld? ehhhhh probably not.)

Anyway, I think Mulaney's slightly funnier now, even than he was when he himself said to a newly-cleaned-up Pete Davidson in a promo for when he hosted right before going into rehab: "He's gonna be all right."
posted by not_on_display at 9:37 PM on February 27, 2022 [2 favorites]

This was just okay for me. I was really disappointed with the truncated WU segment, as that is often the most reliably funny part of the show. Everything else was just...meh.

I get tired of Mulaney and his schtick really, really, quick, and this appearance was no exception. His patter and delivery works okay in some instances, but not for every damned thing. It becomes a real hurdle buying into any character he might be playing, unless he’s playing himself.

Kind of surprised LCD played old cuts, but it’s still good noise regardless. Also...Are the Guardian Angels still a thing in NYC?
posted by Thorzdad at 1:07 PM on February 28, 2022

Also...Are the Guardian Angels still a thing in NYC?

Pretty sure I never saw one when I lived in the city even 20 years ago, but this guy was the Republican nominee for mayor last year so yes-ish?
posted by Special Agent Dale Cooper at 1:48 PM on February 28, 2022 [1 favorite]

I enjoyed Behind the Slime but probably because I have so many fond memories of YCDTOT.

Same and same. We only had an antenna, so Nickelodeon was a treat I only got to watch when we were visiting grandparents or at a motel, and that was the show I was always hoping would be on.

Otherwise though, about every sketch in this episode felt weird and off from their normal, like ALL of them were last-sketch-of-the-night-level weird. Even the musical, which we know is always going to be weird! Like, Diner Lobster was delightfully weird, but it also used one show. Making it a revue was a bridge too far for me, turns out. The exception was the not-cold-open, which didn't feel weird so much as it felt like everyone was seeing their lines for the first time as they read them.

It was weird to watch this knowing that John Mulaney relapsed shortly after hosting SNL in October 2020.

I also typically like the epic-Broadway-musical-about-NYC sketches but in the first minute of this one it seemed to make fun of people selling Churros (who I'm guessing are... not white) and... homeless people? So I nixed the rest of the sketch. Not into punching down.
posted by rogerroger at 8:59 PM on March 1, 2022 [1 favorite]

I am just dipping my toe into Fanfare and so happy to find an SNL crowd. My main takeaway from this episode is that the whole show was based on throwing love and support at John Mulaney after his relapse. I find his "musical" sketches tedious but in the context of #lovejohnmulaney Subway Theater was lovely because every single cast member was in it. I appreciated all the "stars" who made the effort to be in the show to support him. The 5-timers sketch in particular was just a full-on Mulaney lovefest.
posted by bendy at 9:24 PM on April 19, 2022 [1 favorite] 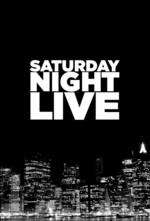