A devout Mormon detective is called to investigate a horrific double murder in Utah, 1984. The investigation begins to turn up parts of Mormon history and practice that had been hidden to many. Based on the true crime book by Jon Krakauer; screenplay by Dustin Lance Black.


While the book was plain investigative crime journalism, coupled with research into Mormonism's origins and history, the series adds the fictional detective and his family.

(I thought I'd post the first two episodes together, since they were released together.)
posted by dnash (7 comments total) 5 users marked this as a favorite
I read this book years ago. Always thought it would make a good documentary of some kind. I appreciate the adaptation here - seeing the investigation through the eyes of someone in the community and how it affects them. I can tell Dustin Lance Black has brought a lot of his life experience from growing up Mormon to this.
posted by dnash at 9:37 AM on April 30 [4 favorites]

I like this so far. Good casting all around, particularly the gallery of wholesome-yet-vaguely-threatening-white-dudes in the husband's family, including Wyatt Russell and one of the Caulkins.

The framing device of having the husband spin out the tale of his family is irritating me a little. When the police pull you in for questioning that doesn't seem like the time to spin a carefully crafted yarn. I feel like he should just say, "My family has been radicalized by a group of LDS extremists and I believe they have killed my wife and child as punishment for me trying to distance my family from them." Or whatever the case is - I'm not familiar with this story. I get why they are approaching it this way from a story perspective but it feels unrealistic enough that it pops me out of the narrative a bit.
posted by jeoc at 11:33 AM on May 2 [1 favorite]

Was fully on-board until the end of E1, the scene in the shower. Everything else about that scene was so thoroughly correct, believable, emotionally real, and then the speech was so stilted and thematic, took me right out. I'll still watch a couple more but they don't need to lift chapter conclusions straight from Krakauer's prose.
posted by We put our faith in Blast Hardcheese at 8:43 AM on May 3

It's heavily dramatized, yes. The cast is uneven. There are pacing issues, but I can appreciate trying to taking the effort to show hardcore LDS rather than assume or tell. The, er, 'city' mormons I've known were across the board genuinely good folks. Never met any truly devout but I've heard stories from lost boys. Though there isn't any overt polygamy here. But yeah, a bit too indulgent in being 'artsy' sometimes, but I thought generally well shot.

Finished e01, I felt the need to pipe up that I thought that this is super neat!

Maybe Garfield is maturing, but I can tolerate him in this. I still have hope that Heyerdahl's character will be deeper that it appears so far.
posted by porpoise at 10:25 PM on May 3

This ticks a lot of boxes for me, and I've enjoyed it so far. I don't have a lot more than that to say, but I'm looking forward to more episodes.
posted by box at 11:36 AM on May 4

I enjoyed this enough that I will keep watching. It does go to an effort to be fair to the mainline Mormons and show that there's a lot of diversity in how devout they are and how they view women, etc. I have a few friends who are either progressive Mormons (such people apparently do exist) or lapsed Mormons, and they enjoy all the deep Mormon references but also worry that the show will gloss over the misogyny issues with the mainstream LDS church.
posted by lunasol at 10:18 AM on May 5

Yeah the shower and the framing were a bit off for me. But I'm otherwise enjoying it.
posted by harriet vane at 2:26 AM on September 5 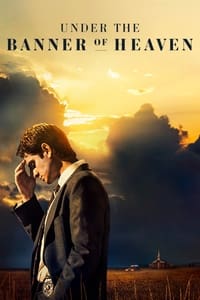