The finalists prepare themselves for the most important cook of their lives. They’ll have to leave it all on the plate in order to wow Padma, Tom, Gail, and guest judges Stephanie Izard and Eric Ripert along with special guest diners Gregory Gourdet, Edward Lee, Janos Wilder, Bricia Lopez, Hunter Lewis and Alexander Smalls. Once they’re reunited with their sous chefs, the top three immediately get to work on executing a four-course progressive menu worthy of $250,000 and the title of Top Chef.

Also this episode, the lovely tradition that started a few seasons ago (Colorado I think) where the judges cook a meal for the chefs.

Also this episode, the first final meal to be judged while the diners are being attacked by bees. There were so many of them! This led to a Bravo crossover, with the special guest of fly repelling fans.

I find that the last couple of episodes of every season get so smooshy and sentimental that they're less fun for me than the earlier episodes. But I do appreciate that many other people feel the opposite way!

I like watching Tom cook, though. I appreciate that it's all somewhat staged (as was the "what would Tom do?" extra bits they did on the website a couple seasons back), but he does seem to have his hand in more than many celebrity chefs at his stage of his career do. Now just renounce crypto, Tom!
posted by praemunire at 5:48 PM on June 6 [2 favorites]

This seemed like such a telegraphed result that until Judges’ Table I thought they were setting Evelyn up for a come-from-behind win somehow. Like, Buddha seemed to be playing an entirely different game, to the point where they were pretty obviously stretching for critiques. The deliberation period seemed short and conflict-free, almost felt like they were stretching for time. Obviously a lot of that is in the edit, but it feels like they’d want to edit for more uncertainty, not less.
posted by supercres at 11:18 PM on June 6

I am so happy that Buddha won, although I'd have been happy with Evelyn too. Buddha's food was so refined and elegant, yet still amazingly tasty. From Episode 1 he was (for the most part) way ahead of the pack in terms of innovation and showing his point of view in his dishes.

Tom really wanted Sarah to win - complaining that Buddha was showing off, until Padma put Tom in his place by saying "It's the finale - why wouldn't he show off?" I did like the idea of the acorn cake though.

But I also thought Sarah was a horrible person with a mean streak. When they were heading out to where the judges were cooking for them. "I hope we're going horseback riding, because I want to see Evelyn riding a horse". Yeah, just nasty.
posted by essexjan at 1:45 AM on June 7

I was pretty sure that Buddha was going to win. While Sarah's ideas were cool, she also made the most mistakes with her food, and I think that Evelyn could have been a contender if she'd nailed the goat course. Buddha's food was across the board good to great.
The way that they edit judges table tries to make it seem that anyone could win, so you'll keep watching until the announcement. Even with that, I think they dismissed Sarah pretty early and focused on Evelyn vs. Buddha. While I would have liked to see Evelyn win, I think Buddha deserved it.
posted by Spike Glee at 6:15 AM on June 7

But I also thought Sarah was a horrible person with a mean streak.

I interpreted a number of her comments and ways of being as coming from a neurodiverse space. The horse comment felt super out of place.
posted by hijinx at 12:47 PM on June 7

Buddha just crushed the final. It was pretty stunning, also helps go to show that when you pick something that resonates you can make something just amazing.
posted by Carillon at 6:35 PM on June 7

There was little doubt that Buddha was Top Chef - he's been so consistently elegant and amazing. I love his dedication to fine dining, even in the face of very non-fancy challenges. I am a huge fan of Evelyn and Damarr and even Sarah (though her utter shock at every win started to feel a bit much). This was a great season, and really paid homage to Houston. It's funny how this show makes me want to visit a place that a previously never wanted to visit (see the Kentucky season and the Charleston season as well).
posted by hydra77 at 9:48 AM on June 8 [1 favorite] 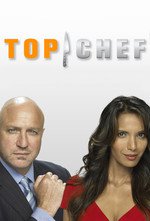