In a rapidly evolving Edwardian England, sisters Margaret and Helen Schlegel become acquainted with the wealthy Wilcox family and with the working class Leonard Bast and his mistress Jackie, setting in motion a series of life-changing and tragic events.

Howards End is a British-American television drama based on the 1910 novel of the same name by E. M. Forster. The series was adapted by Kenneth Lonergan, directed by Hettie MacDonald, and stars Hayley Atwell. The four-part series is a co-production between British network BBC One and American network Starz. It premiered on 12 November 2017 in the United Kingdom and 8 April 2018 in the United States.

Principal photography for the drama began during the summer of 2016. The house used for Howards End is Vann House, near Hambledon; dating from 1542 but remodelled by WD Caröe after 1907 with gardens designed by Gertrude Jekyll. Scenes were filmed at Waverley Abbey, West Wycombe Park, Ballard Down, Swanage Pier and Harry Warren House on Studland Bay. London locations included Myddelton Square in Clerkenwell, Great Russell Street, Chancery Lane, the British Museum, Australia House and Simpsons in the Strand.

The series was met with a positive response from critics. On the review aggregation website Rotten Tomatoes, the series holds an 88% approval rating with an average rating of 7.73 out of 10 based on 34 reviews. The website's critical consensus reads, "Hayley Atwell shines in Howards End, a beautiful, if borderline superficial, adaptation of a much-revered book." Metacritic, which uses a weighted average, assigned the season a score of 86 out of 100 based on 15 critics, indicating "universal acclaim".
posted by orange swan (1 comment total) 1 user marked this as a favorite
It took me some time after this miniseries was released to come around to the point of being willing to watch it. I loved the original Howards End movie so much that I almost resented the thought of there being another one. But I read good things about it, and eventually decided to give it a shot. I was very soon glad that I had. This version is extremely well done -- in some respects is even superior to the original.

The 2017 miniseries has a much longer running time and so there is room for more material from the book. The pace is more leisurely and meditative, and it feels like a much more immersive watch. The cast is more diverse and there's more of a sociopolitical consciousness to the script. The costumes and sets were less picture perfect than in the movie, but also had a more realistic feel.

Hayley Atwell is wonderful in the role and the heart of the series, just as Emma Thompson was in the 1992 adaptation. I found Atwell and Matthew Macfadyen to be a much more convincing pairing than Thompson and Anthony Hopkins. The age gap between the actors is much less (12 years instead of 22), we saw a little more of Henry's good qualities, and Meg had the chance to explain to her younger sister (and to us) what she saw in Henry and what her expectations and attitude were towards her marriage.

Hayley Atwell and Philippa Coulthard are perfectly cast as sisters -- they look so much alike. Coulthard's Helen and Alex Lawther's Tibby both came across as very young and callow and immature, as they were supposed to be, and still in need of their elder sister's care and guidance, while in the movie they were adults whom Helen treated as adults most of the time. I actually preferred Joseph Quinn's Leonard Bast to Samuel West's. While West could come across as merely tiresomely petulant in the role, Quinn's dark sad eyes never failed to convey Leonard's pain and humiliation and hopelessness in a way that almost hurt to watch. And it feels nearly like sacrilege to say it, but I also liked Julia Ormond's Ruth Wilcox better than Vanessa Redgrave. Redgrave was wispy and otherworldly in the role, while Ormond's Ruth had a little more earthly substance and a lot more force.

Aunt Juley was well-meaning and painfully inept in both roles. The miniseries Evie was a little better developed than the movie's Evie. Dolly and Charles were about the same in both versions. This Jackie Bast had a little more sense and character than the movie's Jackie.

It's a shame that this version will always be so much in the shadow of the 1992 movie (notice how even my comment is primarily concerned with the comparison between the two), because it really is a fine piece of filmmaking.
posted by orange swan at 2:43 PM on June 28, 2022 [2 favorites] 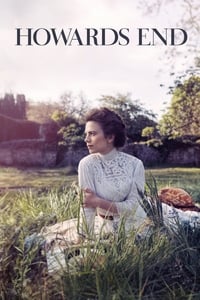