The Chinese delegation is making plans for oil extraction directly with the Greenlanders. Birgitte Nyborg's change of attitude has left her without many political friends, and she is now also called to a meeting with the US Secretary of State, who demands that Nyborg intervene against China's actions in Greenland. Rumors about Katrine Fønsmark's leadership style are starting to swirl in the media, and she makes a drastic decision to stop it. [IMDB]


This is the social media episode. Birgitte ups her selfies game with help from Laugesen. Katrine tries to shut down a twitterstorm about her management style and fires the anchor Narciza. Birgitte plays the PM Kragh, convinces her to do a joint press conference to "show who's the boss" and that she (Nyborg) is cooperating. Asger & Emmy's love story gets tangled. Birgitte meets the US Secretary of State and gets her orders. Then she goes on Denmark Today (the softball channel) with Magnus for mutual support on pigs & oil (until he finds out that was Laugesen's idea and storms off). The episode ends with a dramatic scene of an unidentified drone crashing in Greenland.
posted by chavenet
« Previous Episode
« Older Borgen: The Minister Doesn’t W...   |  Movie: The Purge: Election Yea... Newer » 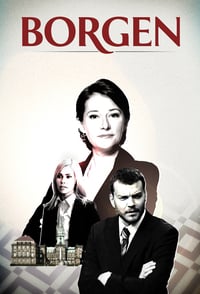