Financially irresponsible Giant (Spike Lee) manages a jazz group, but his sax player, Shadow (Wesley Snipes), wants to replace him with a better businessman. Bleak (Denzel Washington), the band's trumpeter, then tries to defend his close pal Giant, leading to a power struggle between the two musicians. Meanwhile, as Bleak tries to straighten things out with his band mates and manager, he also must choose to be with either sweet teacher Indigo (Joie Lee) or sultry singer Clarke (Cynda Williams).

Caryn James: A new Spike Lee film might be anything at all except dull and conventional, or at least that seemed true until ''Mo' Better Blues.'' From characters to camera angles, this story of a self-absorbed jazz trumpeter is one long cliche, the kind that might make his most loyal admirers wince and wonder, ''Spike, what happened?''

What happened to make ''Mo' Better Blues'' so trite in its depiction of artists and so laughable in its stab at romance? The film's flaws seem connected to Mr. Lee's relationship to Hollywood. He is an artistic rebel yet appears to yearn for mainstream acceptance with a strange intensity, bitterly complaining when he loses an award - the grand prize at Cannes or an Oscar - that he ''was robbed.'' Those tensions surface in ''Mo' Better Blues,'' which is more Hollywood than Spike Lee, and much the worse for it.

Desson Howe: In apparent counterpoint to the movie's bouncy, musical spirit, Spike Lee wants to make a film about relationships: Washington and his women, his rivalry with band saxophonist Wesley Snipes, his obstinate fidelity to his friend, manager and compulsive gambler Giant (played by Spike Lee), his dressing room antics with band members Bill Nunn and Giancarlo Esposito. Yet, though those relationships are ticklish, they're never deeply engaging.

The things to savor in "Blues" come in no particular order. Sometimes it's the music or comic retorts -- from Lee, Esposito or the late, amusingly blue-tongued Robin Harris, to whom this film is dedicated. But perhaps the most delicious example is a comic surrealistic scene in which Washington makes love to Joie Lee, only to find her turn into Williams, then back again. He starts calling each one by the wrong name. Now they both scream at him. He looks from one to the other, back to the first one, then the other. Finally, in complete hapless exasperation, he looks directly at us. It'll bring the house down every time.

Roger Ebert: Lee has said he doesn't do "push-button" movies, and indeed "Mo' Better Blues" completely avoids the central cliche in almost all musical biopics. After Bleek gets into real trouble and can't play for a year, he walks into a night club to make his comeback, and we settle back for the obligatory scene in which he makes his triumphant return. But that's not the way things work out.

Lee avoids the usual formulas in that scene only to surprise us again, with an epilogue which mirrors the prologue. This time, though, some years have passed, and it's Bleek's own son who is practicing the trumpet. The symmetry of this ending feels awkward, especially since there seems to be an act missing -- how did Bleek get from where he was, to where he is in the final scene?

"Mo' Better Blues" is not a supremely confident film like "Do the Right Thing," which never took a wrong step. There are scenes that seem incompletely thought-out, improvised dialog that sounds more like improvisation than dialog, and those strange narrative bookends at the top and bottom of the movie. But the film has a beauty, grace and energy all the same. Washington has been seen mostly in heavy dramatic roles ("Glory," "Cry Freedom"), and here, as in "The Mighty Quinn," shows that he is gifted at comedy and romance. Cynda Williams, in her first film, is a luminous discovery; she has a presence that seems to occupy the screen by divine right. Joie Lee, in her most important role, isn't supposed to be as flashy but succeeds in the challenge of drawing our sympathy away from the sexpot and toward the more substantial woman. And I liked Spike Lee's acting, too: He has a kind of off-center, driving energy that makes you into an accomplice even when he's marching straight for trouble. "Mo' Better Blues" is not a great film, but it's an interesting one, which is almost as rare.

Trailer
posted by Carillon (5 comments total) 1 user marked this as a favorite
There's a lot to like in this, but I definitely came away with mixed feelings. I think we are shown he does love his music in the scene where he totally ignores his date and is enraptured, but given the booked scenes I was expecting more clarity on the origin if he came to love it from his mom or more naturally. Also Spike Lee as an actor was a bit of a speedbump for me. It wasn't terrible, but I think the role would have been better with a different actor. Also at the marriage scene his arms back in a cast, are we to assume he's gambling again?

Snipes though was great, I loved his desire for Clarke, and that it seemed both romantic, but also musically inclined. They did a great job of making it clear that their arguments were professional, but that Bleek and Shadow still friends and comrades. It made things feel more real.

Lastly I loved Giancarlo's Left Hand. He was such a great character, from his affectations to his generosity to Giant despite being scolded. Just a wonderful performance.
posted by Carillon at 2:27 PM on August 19, 2022 [1 favorite]

It's wild that Snipes isn't often cited as one of our better actors, but here we are again calling him the best part of a pretty good movie...
posted by DirtyOldTown at 4:27 PM on August 19, 2022 [1 favorite]

I’ve always thought Snipes ranged from serviceable to quite good in most roles; I think it’s his overlarge personality and legal troubles that keep viewers from seeing a character but just seeing Snipes.
posted by ricochet biscuit at 4:33 PM on August 19, 2022

And can I just say that never has Spike Lee’s... idiosyncratic way with character names been as fully on display as here. The band members are Bleek Gilliam, Shadow Henderson, Left Hand Lacey, Bottom Hammer, and Rhythm Jones.
posted by ricochet biscuit at 4:40 PM on August 19, 2022 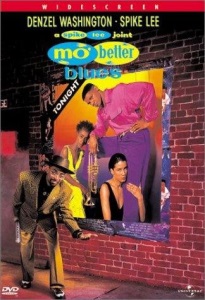