Based on a novel by James Hilton, this fantasy/drama follows a group of plane-crash survivors who have landed in the mythical Shangri-La, a valley hidden deep within the mountains of the Himalayas. Rescued by followers of the High Llama (Sam Jaffe), the outsiders grow to love the remote paradise, but British writer and diplomat Robert Conway (Ronald Colman), suspecting that the crash was no accident, begins to investigate, leading to a surprising revelation.


This is an odd one: Frank Capra (It's a Wonderful Life, Mr. Smith Goes to Washington) working outside of his normal element, sometimes clumsily, sometimes to great effect. It manages to both villainize and insultingly idealize Asian people at various points. From the opening title cards, the film is problematic. Still, it's fascinating as an artefact, a statement on a perhaps naïve optimism from before World War II, and a strange, but carefully-crafted change of pace from one of the best known filmmakers of the era.

The first cut of the film was six hours long. Multiple cuts followed, before the film was eventually released at 132 minutes long during its initial release in selected cities. The studio cut an additional 14 minutes before the film went into general release the following September. Later cuts for re-issues of the film, slashed it further to 92 minutes. For years, this was the only version available.

After nearly 50 years, the film was restored to its original length of 132 minutes in 1986. Film historian Robert Gitt conducted nearly 13 years of detective work tracking down the lost footage. His exhaustive search turned up the entire soundtrack to the original 132 minute version and all but seven minutes of the missing visuals. Film freeze frames and on-set publicity photos filled in the blank sections.

Currently streaming in the US in the restored edition on Criterion. Also available for digital rental on multiple outlets. JustWatch listing.
posted by DirtyOldTown (8 comments total)
Burt Bacharach did the soundtrack to the 1973 musical remake. The movie has an orientalist Oompa Loompa vibe but the version of its hit song released by The Fifth Dimension is pretty great.
posted by Morpeth at 3:18 PM on August 28, 2022

I don't know that I want to be excessively snarky about spelling glitches, but I do want to point out that Mr Jaffe would have played the High Lama. A high Llama would be a South American camelid that had somehow accessed the coca supply.

I would like to see the disastrous 70s musical version as I find parts of the Bacharach score (especially The World Is a Circle) quite intoxicating. However, I suspect I'm literally the only person in the world who would, and would likely regret it about an hour in if I could do so.

A high Llama would be a South American camelid that had somehow accessed the coca supply.

[Sniffs] I take it you haven't seen the six hour version...

There is a lot to unpack here that a person could get stuck on. If you take a kind of cultural relativism view, this is a pacifist story from and for liberals of the 1930's, the Great Depression still fresh on their minds, the world at large looking less stable than ever, trying to look to other cultures and their own imaginations to picture a better way of life. It's interesting how it goes about that, and is even affecting in its naive way. I wouldn't blame a person for being irritated by its representations of attitudes an ostensibly progressive person could have felt very comfortable with in that age that we can see are fairly racist, sexist, etc.
posted by DirtyOldTown at 3:37 PM on August 28, 2022 [1 favorite]

I love this movie, but even without the questionable depictions of other cultures on screen, the whole thing is a White Savior story, so ehhhhh....

The first time I saw it was when I visited my cousins who lived in Big Sur. They didn't have cable and TV reception was iffy, so we spent the evenings watching movies, and this was one of them. High School me was entranced.
posted by LionIndex at 4:07 PM on August 28, 2022

I first saw the restored version on the big screen maybe 15 years ago? Amazing that they at least have the entire audio track and the photographs work as great placeholders. I believe there are only 6 minutes left to find now? When it was first restored in the mid 00s, it was 125 minutes but the most recent blu-ray release is 126 minutes.

This film - problematic content and all - is what made me really interested in film history and restoration and archiving and what we've lost and what is still available. Some films are entirely gone, of course. I'm so glad that this one has been restored as best as they can and I really hope they can find the rest of the footage eventually.
posted by crossoverman at 4:59 PM on August 28, 2022 [1 favorite]

High Llamas? No love for the Aepycamelus?

I remember liking the shot of the big staircase. Similarly to Black Narcissus (which I get this a little mixed up with in my memory sometimes I think) - I appreciate the sets.

This movie has something of the nature of a Star Trek TOS episode or old sci-fi and I guess it's probably closer to the beginning of the line that goes from imperialism to SFF.

It's almost surprising how little there is in terms of story. It kind of forces you to confront and wonder what did they see in this.
posted by fleacircus at 9:04 AM on September 1, 2022 [1 favorite] 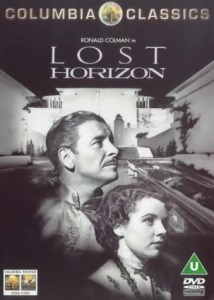