A powerful sorceress in a blind woman's body encounters a man from a prestigious family, who wants her help to change his destiny.

Decider - Stream It Or Skip It: "‘Alchemy of Souls’ on Netflix, A Korean Fantasy With A Twist of Comedy And Young Romance -- " Alchemy of Souls (Netflix) from creators the Hong Sisters, Jung-eun and Mi-ran (Hotel Del Luna, Korean Odyssey), takes us to a magical land called Daeho, where sorcerers have harnessed the power of the natural world. When a sword-wielding assassin’s soul is accidentally trapped in a different body, she suddenly finds herself in a predicament that she can’t just cut and slice her way out of. ... Our Take: It takes a few minutes to get a handle on all the terminology. Is a shadow assassin the same thing as a soul shifter? Can a mage make all magic happen, or just some of it? But once Alchemy of Souls settles into its groove, there’s plenty to enjoy. As the old guard – stuffy Master Park, and Jang Gang, who’s become a vagabond since that body-switching business with the king 20 years before – attempts to contain Naksu, who did her fair share of damage while still in her original form, the young princes are walking around Daeho doing what young princes so often do: meeting girls, getting into some mischief, and generally shirking their studies in favor of eating crab platters and visiting the tavern. Coming off as smug at first, Uk turns out to be a curious soul who sees more in people than he lets on, and Lee Jae-wook plays Uk’s feisty nature well off Yoo In-soo’s more comical Park Dang-gu. And that’s part of what’s probably the biggest surprise about Alchemy: this show is funny. After all the fantasy whooshes and energy balls swirling, after the crystalline spirit arrows formed from thin air, magic bows and arrows, and spells cast to expunge the fire overtaking a building, Alchemy of Souls boils down to Uk and Mu-Deok pulling faces at each other as they navigate their budding romance inside the frame of a master-and-servant relationship. Cue the wacky music as Uk makes her fill his bath with hot water, and then cold; watch her fret and blow a hair out of her face when he asks for food and sends it away. These two have a lot to sort out – she’s technically still the shadow assassin that everyone is looking for. But Uk and Mu-Deok are already a fun couple."

MyDramaList news - "On August 26th, it was officially confirmed that the second part of "Alchemy of Souls" will premiere this year, in December. According to reports, the cast and staff of the drama are already filming and the series will conclude its shooting this fall. tvN confirmed the reports and shared that the second part of the drama is indeed airing in December. "Alchemy of Souls" is a fantasy romance drama that revolves around the people whose fate has been twisted because of a magic spell known as the "alchemy of souls." The first and second part of the drama is directed by Park Joon Hwa and written by Hong Sisters Hong Jung Eun and Hong Mi Ran."
posted by oh yeah! (3 comments total)
I really loved this season - setting it in a made-up fantasy realm let them use some of the traditional sageuk trappings without being constrained by them. Such a wide variety of costumes/hairstyles/make-up, instead of the usual sea of scheming ministers with the same exact outfits and hairstyles. Such a good mixture of drama, action, and bursts of silliness.

I don't know if the 10 episodes of part 2 will bring a satisfying ending or a fumble, from the big casting spoiler that has leaked already they've got a hill to climb. But these first 20 episodes were a great ride.
posted by oh yeah! at 1:17 PM on August 28

I really enjoyed it but got frustrated by the last two episodes when everyone was way too casual about Jin Mu still being on the loose, much less figuring out how to find anyone (else) in his gang of soul-shifters. It just really felt like an attack of the stupids because they needed one last push from the villian they KNEW was their villian to kick off the Part 2 arc.
posted by TwoStride at 7:08 PM on August 28

I am always excited to see a new Hong sisters drama. Sometimes they hit, and sometimes they miss, but at least it's not the same copy-cat drivel that most Korean dramas are. I've only seen the first episode so far, but I strongly suspect that they watched Excalibur before they wrote this.

I must say it kills me when any Korean actress who doesn't have that plastic-surgery cookie-cutter face goes on in the script about how unattractive they are.
posted by jabah at 5:25 PM on October 20 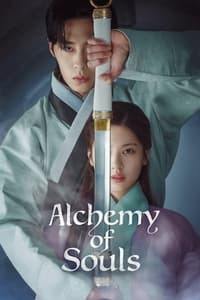