Set in Hollywood during the transition from silent films to talkies, focusing on a mixture of historical and fictional characters. Written and directed by Damien Chazelle, starring Margot Robbie, Brad Pitt, Olivia Wilde, Tobey Maguire and Jean Smart. Here’s the (uncensored) trailer.


The story is set in Pre-Code Hollywood in the late 1920s and early 1930s, during the film industry's transition from silent films to talkies. This era of Hollywood was renowned not only for its legendary parties and riotous behavior but also for its transgressive film content. Prior to 1934, Hollywood films could depict or imply nudity, obscene gestures, homosexual relations, adultery, rape, abortion, and drug use. When the Motion Picture Production Code was enforced 1934, the content of films was severely restricted, and Pre-Code films were not permitted by censors to be re-released without permanent cuts to the master prints. The Code would remain in effect until 1968 by which time the transgressive era of Pre-Code cinema had been forgotten in the national memory.

Emma Stone was originally cast in the lead role, which was announced to be based on Clara Bow, but dropped out due to scheduling conflicts after the production was delayed because of the COVID-19 pandemic. After Margot Robbie replaced her, the role was reworked to become more fictional in nature.
posted by I_Love_Bananas (12 comments total)
Set for January 2023 release.
posted by I_Love_Bananas at 9:23 AM on September 13, 2022

It's better thought of as a series of set pieces than a single narrative. It does have a storyline, but the pacing is uneven and sloppy. I don't mean this as a criticism though. The individual set pieces are amazing, and each one conveys a mood or some aspect of Hollywood history. Some are very Fellini-esque. Some are amazing logistical accomplishments: there's a long shot drifting through multiple silent-era productions simultaneously underway that seemed to have as many human extras as Lord of the Rings had CGI characters.

If there is something I would criticize, it's that we don't really get inside the characters' heads, except maybe for Jack Conrad (Brad Pitt's character). Although we're given a little insight into the background of Nellie LaRoy (Margot Robbie's character), I never felt like I understood what made her tick. Even so, they were both great, as was the rest of the cast. Brad Pitt is completely believable as a Douglas Fairbanks-type character.

When it was over, I was vaguely aware that it had been a long movie (it is), but I hadn't been impatient for it to end, and the images stuck with me after.
posted by adamrice at 9:11 AM on December 24, 2022 [1 favorite]

we don't really get inside the characters' heads, except maybe for Jack Conrad (Brad Pitt's character).

Yes... there's a scene right after Jack gets off the phone learning a friend has taken his life, where Jack launches into a fiery defense of film as high art, where you understand this is all coming out of his grief - I have to say I think it's one of the best moments of acting I've ever seen Brad Pitt do.

With probably one major exception, at every beat I could appreciate and enjoy the scene I was watching, but after a while the length did get to me - meaning, the pace and purpose of each scene started to be questionable. (Wait, why this? Why so much of this? Why is this going on so long? What's the point here?) Which is unfortunate because it tries to end with a massive montage that tries to collapse all of cinema history and future into a couple of wildly psychedelic minutes - and it just came across to me as a kind of empty aesthetic exercise that was unable to distract me from how very badly I needed to go take a piss after 3 hours of movie.

I mean, I'm really glad I went to see this on the biggest screen, having read nothing about it - I saw one trailer, knew it was from Damien Chazelle, could see it was probably going to divide critics and responses so I wanted to see it as cold as possible. I absolutely ADORE "La La Land," it will forever remain among my favorite movies, and I've loved Chazelle's other big films "Whiplash" and "First Man" - but yeah, I gotta admit I think his vision got a little too big here. BUT I always prefer a huge swing that falls a little short to a same-old, same-old formula movie that's "perfect."

Even as I was watching, I was thinking the perfect GIF reaction for me is probably the one of Marie Kondo smiling as she says "I love mess!"
posted by dnash at 5:44 PM on December 29, 2022 [1 favorite]

I'm really not sure what to say about this. I enjoyed watching it and even at three hours, I was never bored and you can't deny the craft that went into it. That said, has there ever been a mainstream hollywood picture with such an obsession with bodily fluids of all types? There doesn't seem to be a single scene without something spewing out of someone.
posted by octothorpe at 8:35 PM on December 29, 2022

That final sequence made my jaw literally drop.
posted by EmpressCallipygos at 9:32 PM on January 10

Which part? Manny watching Singing in the Rain or the very silly award show montage of movies?
posted by octothorpe at 5:40 AM on January 11

The montage. I grant that out of context it could look silly, but for some reason, in context with the film, it blew my mind.
posted by EmpressCallipygos at 6:48 AM on January 11

That said, has there ever been a mainstream hollywood picture with such an obsession with bodily fluids of all types? There doesn't seem to be a single scene without something spewing out of someone.

I saw the movie last week, and in retrospect that really stood out for me. Like that scene with Margot Robbie's character getting sick at the fancy dinner party and vomiting out all firehose-like on the party-goers... like, really, dude? I swear, when they cut to the bystander looking nauseous in reaction, I was expecting Mr. Creosote from 'The Meaning Of Life' to come waddling in to the picture. Whatever else you say about 'Babylon', that aspect was absolutely unnecessary.
posted by spoobnooble 3D: the spoobening at 9:24 AM on January 15 [1 favorite]

Yeah, it all seemed like something from a gross-out comedy from the early 2000s. It was obviously intentional since almost the very first shot is someone getting shit on by an elephant but why? What exactly what he trying to say with all that?
posted by octothorpe at 10:51 AM on January 15

I was reminded of the old joke about the guy who cleans up after the elephants at the circus, who consoles himself with the thought "At least I'm in show business!"
posted by adamrice at 11:22 AM on January 15 [1 favorite]

I think this wanted to be a nice meaty prestiege TV show in some ways.

The montage reminded me more of Cinema Paradiso's supercut of kissing scenes, which has always felt to me like shameless theft.

Mrs. HeroZero hated this movie's trotting out of Manic Pixie Dream Girl / Bland Leading Man cliches. I don't blame her, but I was totally caught up in the bravura panic-attack-inducing OSHA nightmare of the opening sequences.
posted by HeroZero at 8:48 AM on February 6 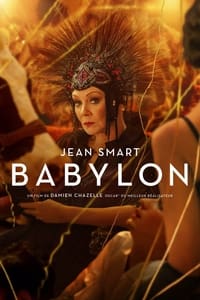