In the early 80's, way before the world wide web existed, the French government shipped a $200 terminal to every home with a phone line, and created a service that for decades ran alongside the internet. It was called The Minitel. Producer Carla Green speaks to reporter Jean-Marc Manach, who, in the early 90's, made a living posing as a woman in sex chat rooms on Minitel.


Plus, the debut of a new segment called "Yes, Yes, No," wherein PJ & Alex explain The Internet to their boss.
posted by radioamy (12 comments total) 5 users marked this as a favorite
I really liked the way this show started off because I think PJ & Alex have a great rapport. I understand that they alternating hosting duties makes logistical sense but I like hearing them together. Their reminiscing brought me back to AOL in the mid-90's. Oh, chat rooms.

I am not sure if I've ever heard of the Mintel before, had the rest of you? Hearing the name spoken in French brought back vague memories of French class but I am not sure.

I'm still slightly confused as to how the Minitels were initially distributed. They were give out in lieu of phone books? Very strange. Not surprised that the French authorities tried to protect them from the Real Internet though...that French government is not known for it's warm embrace of foreign inventions and cultural icons.
posted by radioamy at 10:07 PM on January 21, 2015 [2 favorites]

I loved this episode, absolutely fascinating. Here's a whole bunch of info about the Minitel system on Wikipedia.

It reminded me of the Ceefax/Teletext system here in the UK which developed some very odd corners over time and ran right up to 2012 too. That was apparently the year for killing off weird internet precursors.

After the latest StartUp podcast and hearing how overworked PJ & Alex were, the idea of listening to this episode pained me. Of course I listened because you wouldn't do the work if you didn't want people to listen, and no burnout comes across in the quality of the result! Anyway, I hope things have become more sane at Gimlet HQ.
posted by Emanuel at 6:18 AM on January 22, 2015 [2 favorites]

I agree with radioamy, the rapport between PJ and Alex is a huge strength and one they shouldn't ignore going forward if they can.

Yeah, I was right with Alex Blumberg, knowing nothing, during the "Yes, Yes, No" segment, and PJ has such a nice contagious laugh. Plus, it was so great to get a song from the old TL;DR days, Matt Farley.
posted by gladly at 7:57 AM on January 22, 2015

gladly, I agree that PJ's laugh is totally contagious. I found myself giggling along with them. I felt like I was in the room.
posted by radioamy at 9:29 AM on January 22, 2015

We are definitely cognizant of the fact that we play off each other well -- it has been hard in a lot of these stories to find ways for us to interact, but we definitely want more of it in the show. We're very happy with the reception to Yes Yes No. I was totally unsure anyone would find it interesting or charming. But it seems to have had a good reception. We just need to get Breakmaster Cylinder to write a YYN theme now.
posted by Alex Goldman at 9:30 AM on January 22, 2015 [1 favorite]

YYN was wonderful - I feel like I spend a large part of my life playing variations of it.
posted by Gin and Broadband at 4:19 PM on January 22, 2015

YYN was amazing. Especially since, for whatever reason, I just assumed that, startup running, reasonably social media savvy Alex Blumberg would just be more tech-savvy, you know.

I remember hearing of Minitel back in the 90s, but just vaguely, and if you had asked me about it I would have assumed it was like those TTY machines.
posted by sparklemotion at 9:46 AM on January 23, 2015

I've always heard about minitel machines and remembered the day they were decommissioned a few years back. I had no idea the system charged by the minute though, that seems kind of insane and costly.

I like the YYN segment because it reminded me of reading Rusty Foster's Today in Tabs email, which most days spends about 1/2 to 3/4 of its space on super inside baseball NYC media news, and I only understand about half of it, and I used to spend a half hour googling to chase the last details down but now I just let the confusion wash over me, and wash away and I don't mind not getting a few Twitter jokes mocking where Gawker Media writers sit at workstations or who Fusion poached from BuzzFeed this week, etc.
posted by mathowie at 10:09 AM on January 23, 2015 [1 favorite]

Irritated by inconsistent use of capitalization. World Wide Web is a proper noun. There Can Be Only One. Same goes for Internet, which the show's homepage doesn't capitalize. Yet in the introduction of YYN (which I love, BTW), it is. Grr.
posted by tbc at 1:42 PM on January 26, 2015 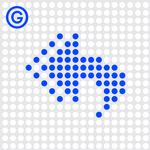