In the years before the Civil War, Solomon Northup (Chiwetel Ejiofor), a free black man from upstate New York, is kidnapped and sold into slavery in the South. Subjected to the cruelty of one malevolent owner (Michael Fassbender), he also finds unexpected kindness from another, as he struggles continually to survive and maintain some of his dignity. Then in the 12th year of the disheartening ordeal, a chance meeting with an abolitionist from Canada changes Solomon's life forever.

Directed by Steve McQueen. Screenplay by John Ridley, based on the book by Solomon Northup.

Watched this once because I really like Chiwetel Ejiofor and it's a hell of a cast, hell of a story. Absolutely heartbreaking and awful and one of millions of awful heartbreaking stories from the worst thing this country has ever decided to justify.

I completely understand being repulsed by entertainment that is centered around cruelty, but it's kind of hard to tell the true story of what happened to a real person without actually dealing with the abominable facts of the case.

[On edit: I'm not trying to suggest that the previous commenter wants to sugar-coat slavery or make it seem less bad than it was - the text of their comment clearly indicates that's not the case. I'm more suggesting that when the story of the movie is "12 Years a Slave" you kind of have to accept that if the movie's being honest you should know you're signing up for some awful sh*t when you elect to watch it.]
posted by Nerd of the North at 9:08 PM on October 16, 2022 [2 favorites]

No worries NotN! I nearly went to college to study Civil War history and grew up through "Lost Cause" romanticism and out to the other side. (Great-grandparents fought on the Union side of the conflict, but I grew up in Florida... mixed bag of influences). In the past I did a lot of delving into just how cruel and brutal the American chattel system was and absolutely agree that point needs to be made very clear.

Slavery is the violent end of the depressing thing I keep thinking about human history - where/what would we be if we could get past the othering and dismissal of each other's humanity. Instead we get proof again and again how many are willing to grind others into dust for their profit/need to be superior..
posted by drewbage1847 at 10:37 AM on October 17, 2022 [1 favorite] 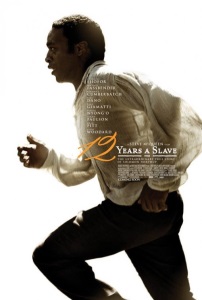