Peter Parker (Tobey Maguire) and M.J. (Kirsten Dunst) seem to finally be on the right track in their complicated relationship, but trouble looms for the superhero and his lover. Peter's Spider-Man suit turns black and takes control of him, not only giving Peter enhanced power but also bringing out the dark side of his personality. Peter must overcome the suit's influence as two supervillains, Sandman and Venom, rise up to destroy him and all those he holds dear.

Currently streaming in the US on Hulu and Netflix. JustWatch listing.
posted by DirtyOldTown (5 comments total)
I liked this more than most people even though it has the common superhero movie issue of having too many villains.
posted by octothorpe at 8:37 AM on October 18, 2022

I will defend to the death the goofy dance scene. I love the idea that evil Peter Parker is still a massive dork, just evil.

But yeah, a lot of this film is a mess, with the final battle just being a poorly plotted soup of bad motivations.

Also, it always bugged me that Kirsen Dunst gets fired from the first night of her musical because she can't project. How on earth did that not come up during rehearsals?
posted by Cannon Fodder at 9:10 AM on October 18, 2022

I've actually watched this movie TWICE, because 1) yes it is a dumb mess, and 2) it is somewhat entertaining nonetheless, especially watching Peter Parker go from geek to chic (but still, fundamentally, a dork).
posted by Saxon Kane at 10:25 AM on October 18, 2022

It's always kind of fun to watch a superhero break bad; witness, for example, the only reason to watch Superman III (the clip includes the homage from Supergirl, which is even better because Melissa Benoit). Cool Jerk Peter is like the Martin Shkreli of superheroes. But, otherwise, yeah, definite case of Sequelitis [TVTropes].
posted by Halloween Jack at 11:15 AM on October 20, 2022

I mainly remember this movie because it's one of the ones I watched on my first-ever flight to the UK to come over here for grad school fifteen years ago. See, the night before I left I'd had dinner with Mrs. Example at a sushi place, and the next day upon arriving at the airport I felt the beginnings of some stomach rumblings and had...signs of digestive upset, is all I'll say.

I made it through the airport and on to my flight, and was mostly feeling okay until I got to the part of the movie where we see Flint Marko get turned into Sandman. About halfway through that sequence, cold sweat broke out all over my body, my equilibrium went all wrong, and I knew that things were no longer well in Downtown Mr. Bad Example.

I made it back to one of the bathrooms, where some horribleness ensued, and then spent the entire rest of the flight to my layover in Toronto in the very back row of the plane while the flight attendants brought me cold wet washcloths for my forehead and bread rolls to nibble on. (Seriously, if you can, fly Air Canada. They were the best.)

I made it through a several-hours-long layover in Toronto and my flight to London and *somehow* managed to make it to Exeter and my temporary lodgings, where I was going to lie down just to rest for a minute and wound up falling asleep for six hours without calling Mrs. Example (who'd remained back in America for a while to finish clearing out our old apartment and such). Understandably worried, she called the hotel I was staying in, only for the front desk to tell her I hadn't actually checked in. She only found out I wasn't dead because I happened to be wandering down through the lobby at the time in search of my first solid food in two days. 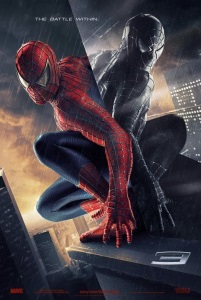