When a deadly airborne virus threatens to wipe out the northeastern United States, teacher Elliott Moore and his wife Alma flee from contaminated cities into the countryside in a fight to discover the truth. Is it terrorism, the accidental release of some toxic military bio weapon -- or something even more sinister?


“I suspect I'll be in the minority in praising this film.” — Roger Ebert

“This film is so bad that I feel compelled to make a spoiler-laden list of its most laughably terrible parts rather than review it.” — Christopher Orr at The Atlantic

See audience reviews (24% rating) on Rotten Tomatoes
posted by iamkimiam (11 comments total) 2 users marked this as a favorite
"Trees are attempting to murder all of mankind. We must flee to the country."

I love how the guy obsessed with hot dogs had the whole thing figured out.
posted by iamkimiam at 12:35 PM on November 10, 2022 [2 favorites]

When I saw this movie, I was convinced that the first scene was going to have the camera pull out and reveal it was a terrible scene being shot for a film within the film. There was no way that acting and writing that bad would be allowed in a movie of this production value. But no, it's the actual start of The Happening. Things do not improve from there.

I genuinely laughed when Mark Wahlberg apologized to the potter plant that turned out to be plastic
posted by ejs at 3:56 PM on November 10, 2022 [4 favorites]

Yeah I gotta give this a rewatch. This movie explores ways to be terrible that no one had ever even considered before. Like plenty of other movies have bad acting, bad dialog, bad plots, but The Happening goes beyond that into fundamentally misunderstanding basic truths about how the world works. It's like they watched The Core and thought it was too reasonable.
posted by Literaryhero at 5:45 AM on November 11, 2022 [3 favorites]

“This movie explores ways to be terrible that no one had ever even considered before.”

This is my absolute new favorite quote.

And yeah, totally agree. I was literally yelling at the screen with variations of “THAT'S NOT HOW PEOPLE WORK!!!”

Thank goodness for the comedy moments sprinkled throughout because everything else was so goddamn infuriating.
posted by iamkimiam at 8:41 AM on November 11, 2022

Shyamalan is one of the current standard bearers for Living Proof That It's Bad When You're Too Big for People to Tell You 'No.' This is a related phenomenon to the publishing issue of Too Best-Selling to Truly Be Edited Anymore.
posted by DirtyOldTown at 12:49 PM on November 11, 2022 [2 favorites]

So many have tried to convince me to admire this director, and yet this movie exists. And people still kept giving him money, hoping that Sixth Sense magic would happen again.
posted by emjaybee at 9:43 PM on November 12, 2022 [1 favorite]

I was a pretty big Shyamalan fan, pretty much until this movie (except I hated Signs actually). Sixth Sense - amazing. Unbreakable - love it. The Village - had me hooked the whole time. The Happening - I'm not watching one of his movies again. Except damn it I saw Old on a plane.
posted by LizBoBiz at 1:09 AM on November 15, 2022 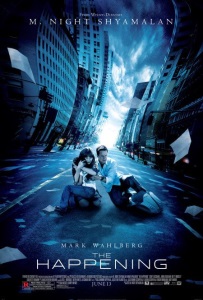