aka The Bombing aka Unbreakable Spirit aka Da hong zha When Imperial Japan bombs the wartime Chinese capital Chongqing, Col. Jack Johnson (Bruce Willis) must train pilot recruits to fly against the deadly Zeros. Meanwhile, a truck carrying a vital decoder must get to the capital, picking up a professor, a schoolgroup, and a spy along the way. Also, the citizens defy the bombs to have a Mahjong tournament.

Adrien Brody appears as a doctor for a couple of scenes, Rumer Willis gets third billing for a her 1 minute scene as a nurse, Mel Gibson is credited as "Consultant", and Fan Bingbing ran into some tax troubles that lead to the movies theatrical release in China being completely cancelled.

With its ropey CGI and excessive explosions, this movie is an excellent addition to any bad movie night.
posted by WhackyparseThis (4 comments total)
Rotten Tomatoes gives it 0%

The 12% audience score is damning. Assuming that 25% of people will like absolutely anything, it equates to a -13%. Hahaha.

Is there a scene in which Bruce Willis is playing a mahjong game with the fate of the war--if not Civilization Itself--in the balance? That would get me to look at this.
posted by Halloween Jack at 8:28 AM on November 29, 2022

Willis didn't do it just for the $$$, he did it for his daughter. There's no reason I can think of for her scene (which I'm 90% certain was dubbed) other than contractual obligation.
posted by WhackyparseThis at 12:49 AM on November 30, 2022 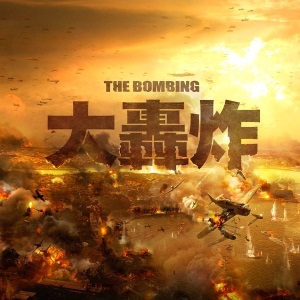