This installment addresses an a question that was brought up in earlier episodes, back before Gimlet was an actual business: are they a technology company or a content company?


This issue led to months of debate. Many voices weighed in on either side, including Marco Arment, the lead developer of Tumblr and creator of Instapaper, who came in surprisingly anti-tech. Now the Gimlet team is testing the tech waters with the help of one of the most successful tech companies in the world.

Video of their prototype.
posted by radioamy (9 comments total) 1 user marked this as a favorite
are they a technology company or a content company?

Not sure how this is really a question. They are a bunch of content people making content. If they can come up with a novel way to present the content that's great, but it's not like Alex Blumberg is going to magically turn into Steve Jobs.
posted by selfnoise at 12:51 PM on February 3, 2015

I think it's definitely a question. They could have been *just* a tech company and not create any original content, and just tried to make a really great app that gives you a better experience with 3rd party content.

Personally I'm excited to see what they come up with. I was just talking to a friend about how non-social podcast listening is. Yes you can interact with other listeners and the hosts on Twitter (and I do my fare share of it), and you can find forums like FanFare, but there's no way to have a social conversation within the ecosystem. I'd love to be able to share a clip with a friend or interact more with the show through an app. I usually do go to a show's webpage after to see any extra content like pictures and videos, but it would be really cool if it were self-contained.
posted by radioamy at 2:04 PM on February 3, 2015 [1 favorite]

I... guess? But that's very firmly not Alex's skillset. Maybe he could have outsourced it, or led an internal development team; maybe radio production has transferable skills to software project management, or audio design to interaction design.

The whole "why don't you develop technology" argument from the SV investors always felt to me like a red herring to me: the inevitable followup questions to a "yes, OK, we will" answer would be "so what technology? and how will you develop it? and how will you monetize it?"; and then Alex is right back to the putting-together-a-pitch-deck-and-a-business-plan steps but this time in an area he's utterly unfamiliar with.

(And I'm skeptical that the "prototype app" in the video -- which is really just an animated storyboard -- actually means much? But I should really go listen to the episode now I guess.)
posted by We had a deal, Kyle at 11:03 PM on February 3, 2015

Definitely Alex is not a tech guy, but I think he's exploring the idea because he feels that he really understands podcasts and podcast listeners, and that he may be uniquely positioned to take the platform to the next level. But maybe not. It will be interesting to see where this goes. And I really hope that they do some prototype evaluation or focus groups in San Francisco because I am dying to be involved!
posted by radioamy at 8:46 AM on February 4, 2015

1. What's Google Venture's real angle here? Because I don't really believe "they wanted to be on the podcast" is all of it.

2. The "we'll keep on prototyping" at the end: really? Because again, app development isn't Gimlet's toolset; the prototype was built by the Google Venture team. So who's going to continue it?

3. The app as prototyped seems like exactly the sort of single-purpose "app produced by a publisher" thing that Marco Arment was so skeptical about in the opening: it looks like it's specifically and only for consuming Gimlet content. By itself, that's not enough to change podcasting: it's maybe your enhanced platform, but it's not the mystical the platform.

It feels like a pet side project; and given the crunch that the previous episode revealed, do they really have time to burn on this? Especially Alex's time? It sounded from last episode that the production staff was suffering because he was distracted away from management and towards travel and meetings.

(I am wondering, though, whether "On The Case" and "Toolbelt" -- and the fifth sports-ball-looking icon -- are real upcoming Gimlet shows or simply placeholders. The video teases it a bit at the beginning by deliberately not scrolling the list past Reply All.)
posted by We had a deal, Kyle at 11:58 AM on February 4, 2015

Good point, WHADK. Google Ventures certainly isn't doing this out of altruism...maybe they want to invest? My guess is that if they go this direction they will have to raise more money and hire a lot more staff.

I do wonder if they make an app if it will be Gimlet-only or also include third-party content. I would really not like to have to open another app to listen to certain podcasts (ahem This American Life).
posted by radioamy at 12:31 PM on February 4, 2015

I shouted 'clippy' in my car.

I had been wondering whether Alex had read mathowie's articles on podcasting.
posted by bq at 5:41 PM on February 4, 2015 [2 favorites]

I also voiced my astonishment with the fact that they non-ironically built Clippy right before the tester dude said "this thing is kind of like Clippy." I was also reminded of Microsoft Bob.

I think the challenge with developing an app is the fact that for it to really add value, it's going to need to rely on publishers providing data that isn't really part of the podcast "standard." For example, the "talk back" feature would require some kind of prompt to be sent to the app, plus an interface for getting the data back.

So, if the app is going to be attractive as a place for folks to listen to non-Gimlet shows, those other producers are going to need to be onboard with also producing all of the extra content. And are those people going to want to do that in order to support Gimlet's walled ecosystem? Would Gimlet be able to propose enhancements to the podcast standards so that other podcatchers could implement them too? If they did so, would they really be able to get revenue from the app that is significant enough to justify the expense in building it?

It is weird how non-user friendly listening to podcasts is in this day and age. Hell, the most commonly promoted means of finding more listeners is to try to generate as many reviews as possible on iTunes which is so weird and platform specific on its own. But I'm not convinced that Alex Blumberg is the man to fix that.
posted by sparklemotion at 9:03 AM on February 5, 2015

mathowie's article on everything that's annoying about podcasting really is true. But mathowie is more likely able to put together a team that can address that than Alex Blumberg is. And the biggest issue with the whole idea of creating a better podcasting platform is how are you going to get any traction on the iphone? Without that, you have to deal with fractured android devices, and then you end up just being another podcast app.
posted by garlic at 6:49 AM on February 10, 2015 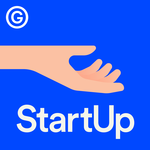