Jon is brought before Mance Rayder, the King Beyond the Wall, while the Night's Watch survivors retreat south. In King's Landing, Tyrion asks Tywin for his reward, Littlefinger offers Sansa a way out, and Cersei hosts a dinner for the royal family. Dany sails to Astapor, on Slaver's Bay.

--
Tywin [to Tyrion]: "Why? You ask that? You who killed your mother to come into the world? You are an ill-made, spiteful little creature full of envy, lust, and low cunning. Men's laws give you the right to bear my name and display my colors since I cannot prove that you are not mine. And to teach me humility, the gods have condemned me to watch you waddle about wearing that proud lion that was my father's sigil and his father's before him. But neither gods nor men will ever compel me to let you turn Casterly Rock into your whorehouse. Go, now. Speak no more of your rights to Casterly Rock. Go!"
--


Longer Summary (contains spoilers)
- At King's Landing: Ser Bronn of Blackwater (recently promoted by Joffrey) demands more money to continue serving Tyrion. "I'm a knight now. Knights are worth double. " Tyrion meets with Tywin, who reluctantly agrees to recognize his accomplishments during the Battle of Blackwater. However, when Tyrion asks to be named heir to Casterly Rock, the Lannister ancestral home, Tywin becomes furious, says he suspects that (but can’t prove) Tyrion is a bastard and refuses.
Littlefinger tells Sansa that he is negotiating a role which will allow him to leave King's Landing, and offers to smuggle her out. Ros tells Shae to protect Sansa, especially when dealing with Lord Baelish.
Joffrey and Lady Margaery travel through Flea Bottom in a caravan. Margaery visits an orphanage to comfort the children. Joffrey, meanwhile, hides in his litter with the windows shut. Later, at dinner with Cersei and the Tyrell siblings, Joffrey trades veiled insults with his mother while the Tyrells show perfect unity and harmony.
- In Blackwater Bay and at Dragonstone: On Dragonstone, Stannis’ shattered forces regroup after being almost totally destroyed in the Battle of the Blackwater. Davos is rescued by Salladhor Saan after being thrown overboard by the wildfire blast during the battle. Grieving over the death of his son Matthos, Davos believes Melisandre has led Stannis to disaster, and is horrified to hear from Salladhor that she is burning alive all who oppose her at Dragonstone as offerings to the Lord of Light. Davos convinces Salladhor to return him to Dragonstone, where he stands up to Melisandre. Stannis orders Davos thrown in the dungeon.
- At Harrenhall: Robb arrives, enters the castle and discovers that Gregor Clegane has abandoned it and slaughtered all of his prisoners. A still-grieving Lord Karstark expresses his frustration that Catelyn let Jaime go. Bolton assures Karstark that Jaime will be found soon, as his best hunter is after them. Robb stumbles across a survivor among the dead, a man named Qyburn.
- Across the Narrow Sea: Astapor on Slaver’s Bay: Dany considers buying a force of eunuch slave soldiers, the "Unsullied". She and Ser Jorah Mormont witness a brutal demonstration of their fortitude, but Dany is horrified to hear of the gruesome training they endure. While walking through a nearby market a warlock, masked as a young girl, tries to assassinate Dany with a scorpion-like creature, but she is saved by a cloaked Ser Barristan Selmy, who then swears his allegiance to the Khaleesi.
- Beyond the Wall: White Walkers have slaughtered the Night’s Watch forces, leaving few survivors. Sam is attacked by a Wight, but saved by Ghost and the Lord Commander, who reprimands Sam for failing to send ravens south to warn of the incoming army and orders the survivors to head back to the wall. Jon Snow arrives at the wildling camp and is escorted to meet with Mance Rayder, who questions why Jon deserted the Night's Watch. Jon reveals to Mance that Craster was giving his baby sons to the White Walkers, and that the Lord Commander knew but did nothing.


--
Shae: “Why should I make up a story when i know the truth?”
Sansa: “Because the truth is always either terrible, or boring.”
--

Introduced in this episode
Characters
* Mance Rayder, former ranger of the Night’s Watch, now King-Beyond-The-Wall and leader of the Free Folk.
* Tormund Giantsbane, renowned leader and raider among the Free Folk. Mance Rayder’s second in command
* Missandei, slave translator to her master Kraznys mo Nakloz, one of the Good Masters of Astapor.
* Qyburn, former maester of the Citadel.
Locations
* Astapor (Added to the credits)
* The credits now also include a smoking Winterfell, since it was burned down in last season’s finale.


--
Tywin: "You chose to spend your days as you always have: bedding harlots and drinking with thieves.”
Tyrion: "Occasionally I drank with the harlots."
--


Notes (Cribbed from here.)
* This episode was nominated for three 2013 Primetime Emmy awards: for Outstanding Prosthetic Makeup For A Single-Camera Series, Outstanding Visual Effects, and Outstanding Art Director For A Single-Camera Series. It went on to win the award for Outstanding Visual Effects.
* It was dedicated to the memory of Martin Kenzie, a cinematographer and second-unit director who worked on "Blackwater" and "Valar Morghulis", who passed away at the age of 56 between Season 2 and Season 3.
* This episode marks the introduction of the non-human race of Giants: previous episodes occasionally referred to them in the context of being mythical creatures, but this episode confirms that they are a real race which survives beyond the Wall. In the novels giants are described as being more apelike, forsaking clothes as they are covered in shaggy fur.
* When Cersei meets Tyrion for the first time after the battle, she says she heard he had lost his nose, but the scar across his face isn't as gruesome as that. In the books, Tyrion did indeed have the front his nose cut off when Ser Mandon Moore attempted to kill him. The TV series decided not to do this as it would have been difficult and expensive to achieve the effect and it would have limited Peter Dinklage's acting performance.
* There is significant construction work underway in King's Landing, with scaffolding surrounding towers along the walls. The reasons for this are unclear, given that such construction work is not present in the books. It is possible this is meant to show repairs being underway to the city following the battle, even though during the battle there was no indication of King's Landing suffering an artillery bombardment.
* When Tyrion asks for at least some gratitude for his vital role in the defense of the city during the Battle of the Blackwater, his father Tywin bluntly brushes his request aside by saying that Lannisters don't do things to earn rewards. However, Tywin himself arranged for Joffrey to award him with the made-up title of "Savior of the City" as a reward for his role in the same battle.
* The ship that Daenerys sails in was actually a re-use of a prop ship designed and built by Gemma Jackson's production team for Season 2, which appeared on fire during the Battle of the Blackwater. The series actually only has one prop-boat (as they are quite expensive) which they redress to represent every scene taking place on a ship in the TV series, i.e. the same prop ship was also Fury and Black Betha in the Battle of the Blackwater. The ship was constructed in Banbridge, Northern Ireland, and it wouldn't have made sense to move it for scenes entirely set on the ship, so all of Daenerys' scenes on the ship were filmed in Northern Ireland. This makes it the only scene Emilia Clarke filmed in Northern Ireland instead of Morocco for Season 3. Filming for the scene took only one day.


--
Lord Commander Mormont: “We have to make it, have to warn them. Or before the winter’s done, everyone you’ve ever known will be dead."
--
posted by zarq (3 comments total)
This is a First Watch with Books thread.

btw, even though I'm years behind everyone else in watching this series, I am so thankful these extensive posts exist. I haven't read the books and don't intend to so the lesser characters that ominously show up need the background information supplied here.
posted by TWinbrook8 at 7:35 PM on September 22, 2018 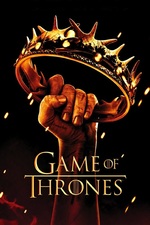