The girls deal with the lasting effects of The Dollhouse. With worried loved ones watching over them, the PLLs are home and trying to heal, with not much success. Meanwhile, Alison must deal with her past indiscretions and her notoriety around Rosewood.

Onscreen Hashtags
#HannasRoom
#SpencersWelcome
#AriasLittleLie
posted by Bulgaroktonos (7 comments total) 1 user marked this as a favorite
This episode was much lower key and I feel like I don't have as much to say about it. I do think they did a good job explaining some of the horror of being in the dollhouse; Stanley Milgraming you against your friends is super awful and it explains how none of them feel safe with each other or themselves since they're not who they thought they were. It was super dark but I thought that was pretty well done.

We also saw EVERYONE'S mom in this episode! No dads but it's still better than pretty much every episode since forever. I wonder if that was also set up to highlight Sara Harvey's pain at the end, that her mom was happier when she was getting sympathy than when she had her daughter back?

We still don't really know what was in their rooms or why they all reverted to their old styles (although I notice that now that she's out Aria's pink streaks are gone), but we are learning some things.

Also, Andrew's obviously not Charles, right? Charles must have planted that stuff although I'm not sure why Andrew went on the run; maybe he was tipped off that he'd be framed?
posted by Mrs. Pterodactyl at 7:15 AM on June 10, 2015 [1 favorite]

Oh god there's no way that Andrew is really Charles. Andrew is definitely being at least partially framed, but he might also be up to something. He was acting kind of suspicious in the last episode of last season. He's not A, though, lord.

I liked having the moms back, because it sort of signals a shift to them taking the trauma seriously instead of just brushing it off and moving on the Solving Mysteries. That said, the horrible Spencer drug plot/retcon nightmare needs to end. No one believes in it.
posted by Bulgaroktonos at 7:24 AM on June 10, 2015 [1 favorite]

Oh yes, that whole Spencer drug thing is awful and I'm hoping that, as they all sort of reached a point of acceptance towards the end of the show, her being with her mom instead of taking the pill is the end of that. It is all so bad.
posted by Mrs. Pterodactyl at 7:50 AM on June 10, 2015 [1 favorite]

Okay, first: I'm out-of-my-mind thrilled that PLL's getting some love on Fanfare. Hurray! I am beyond obsessed with this show (warts and all) and I am ever, ever, ever so glad to have found a place to talk about it that isn't Tumblr.

Re: Charles: Marlene King's hinted that we may have seen Charles before. There are precious few male characters in the correct age-range left: (Garret Reynolds is dead, Darren Wilden is dead, and Ian Thomas is dead.) We're left with (1) Ezra, who seems to have been with Caleb during crucial intervals; (2) Wren, who is a promising suspect, save that he seems to be on the wrong continent at the moment; (3) Eric Kahn, who's been off-screen forever; (4) Gabriel Holbrook, who doesn't seem to have a backstory in Rosewood; and (5) Jake (Aria's ex, who didn't even get a last name.)

My most treasured suspicion is that Charles may be (or have a strong tie to) Bart Comstock, the manager of the Rosewood Movie theater. My reasons are these:

(1) In "Who's in the Box," (4.14) Emily is told that Sarah Harvey and her friends used to come to Rosewood to visit the movie theater.
(2) A's lair in the missile silo includes an awful lot of film/movie gear, including a theater popcorn machine and what looks like an antique projectionist's console.
(3) In "Stolen Kisses," (3.08), Comstock tells Aria that he saw Maya get into Garrett's car on the night she was killed. (He was expected to testify to that effect as a prosecution witness in the Reynolds case.) Of course, we now know that Maya was killed by Nate, who does not appear to have thing one to do with any of the DiLaurentis drama-- so the assertion is curious. And though this is definitely old news, Marlene King claims that there are clues about Charles going back to season 3. And Garret's death, which remains unsolved, may very well be attributable to "Big 'A,'" aka Charles.

Of course, it is worth noting that the series does have an established character named Charles. He's older than the liars, and he's an insider at the country club, which would give him the ability to invisibly observe Spencer, Melissa, and a host of others. Remember this guy? Yup. That character's name is Charlie.

And if he turns out to be Charles DiLaurentis/Big A, I will straight-up die of happiness.
posted by palmcorder_yajna at 8:44 PM on June 10, 2015

Also, in support of my Bart-Comstock-Is-Charles-Or-Something theory, I will also note that they've introduced a connection between Andrew and the movie theater: In "Bloody Hell (5.21)" Andrew emerges from the shadows in front of Aria's house and invites her to a showing of All The President's Men at "the art house theater downtown." (He describes the film as being about “getting messages from a shadowy figure who knows everybody’s secrets.”)
posted by palmcorder_yajna at 9:00 PM on June 10, 2015

Okay, first: I'm out-of-my-mind thrilled that PLL's getting some love on Fanfare. Hurray! I am beyond obsessed with this show (warts and all) and I am ever, ever, ever so glad to have found a place to talk about it that isn't Tumblr.

Welcome! So far the participants in these conversations have largely been me and Mrs. Pterodactyl (my wife), so it's nice to have a new perspective. If nothing else, the Bart Comstock theory is interesting, and I had totally forgotten he existed!
posted by Bulgaroktonos at 12:53 PM on June 11, 2015 [1 favorite]

Multiple people (Ali and Mona) have turned out not to be dead before -- maybe Wilden will come back and be Charles! He's certainly creepy and awful enough. Maybe he was the Black Widow at his own funeral! Or maybe Charles and CeCe are twins and she is the Black Widow? She and Ali are like sisters! Although if Wilden and Ali had sex then no he is not allowed to be Charles.

I think the movie theater theory is very compelling -- I'm hoping Mr. Pterodactyl and I can go back and watch PLL from the beginning as we get through the next couple of weeks which will maybe give me some insight into this.

Also, you didn't mention Douchebag Johnny who led Spencer astray (God I hated him SO MUCH) although since he kissed Spencer he seems less likely since there's at least a chance that Charles is Spencer's half-brother and that's too yucky.

The whole thing is mysterious because it makes it seem like maybe Mrs. DiLaurentis had two secret children, both Bethany and Charles, although she asked Bethany to call her "aunt" so maybe not?

My biggest fear is that Charles turns out to be CeCe Drake (she and Alison think of each other as sisters, Charles could easily be shortened to CeCe) just because I am sick of trans* people being cast as evil and scheming.

SO EXCITED to have another PLL fan/thread participant! I know what you mean about the Tumblr thing; I've found it hard to find places with the right level of conversation for me so it is great great great to have more PLL activity in FanFare!
posted by Mrs. Pterodactyl at 12:57 PM on June 11, 2015 [1 favorite] 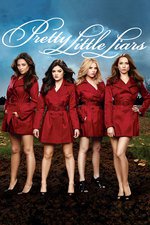