While preparations are underway for a state dinner with the president of Indonesia, the staff deals with a labor dispute, a hurricane and a siege.


As a night's stylish state dinner honoring the Indonesian president looms in the background, President Bartlet keeps his eye on a spate of potentially explosive problems: an FBI hostage standoff with dozens of militant survivalists, a Class-4 hurricane bearing down on a carrier group at sea and an impending national trucker's strike. Behind the scenes, the gracious First Lady prepares to host the dinner, a pushy reporter flirts with C.J., Josh and Toby corner an Indonesian government official to ask a favor, and a surprised Sam spies his call girl friend Laurie at the event.

MANDY
Leo, please tell Josh that I can play a role in issues and it's not going
to be the end to this administration?
JOSH
I don't think it will be the end of this administration, Leo. I think it
will be the end of this republic.
posted by ApathyGirl (6 comments total) 1 user marked this as a favorite
It's the episode that brought us Stockard Channing as Abbey Bartlet and is maybe Sam at his peak dickishness (fortunately), but what I always remember is Bartlett on the radio talking to the signalman on the boat. It's that sort of probably-not-very-realistic-but-how-you-want-things-to-be things that Sorkin can do really well when it works, and Martin Sheen just nails it.

(Because it was a time when I wasn't watching as much TV as I had before or do now, this was the first episode of the show I watched when The West Wing was originally airing after having had a discussion with a friend who was watching it the previous weekend who said, "I can't believe YOU aren't watching this show." When Abbey Bartlett showed up in the episode, I called her up at commercial -- because that's how we used to watch TV back then -- and was like "Why didn't you tell me Stockard Channing with the first lady?" and she was like "It's new!")
posted by MCMikeNamara at 9:37 PM on July 18, 2014 [1 favorite]

In fairness to Mandy, I think that's not about her competence, but about separating political roles from the operation of the government.

In 'this show needed a bible' news, Laurie can show up at a State Dinner as Britney, a person who doesn't exist, without even knowing that's where she's going, even though in later episodes they make a big deal about background checks on people who are invited to state dinners and the things they have found out.

I hate Sam's interactions with Laurie more and more as they go on, but I will note that this episode houses two excellent example of Sam using food as an offensive weapon, something that comes up most notably when he takes a crab puff from the Dr. Laura stand-in.

As for my favourite bits of this episode, that's a toss-up between "No, that's just for me." and the part where Toby gets bitch-slapped by the Indonesian official in the kitchen.
posted by jacquilynne at 10:07 AM on July 19, 2014

I love the cost of politics here, as Toby's friend pays for his high minded stand with the speech. This is a lovely demonstration of why governments end up engaging in real politik: it may make one feel better to condemn an evil regime, but it prevents back doors conversation where real progress can be made. I'm not sure I entirely agree, but its nice to see this kind of argument in a show where the big speech is often what wins the day.

Meanwhile poor Mandy just fails to be good at her job. She's worse than Josh, which really is saying something, and less likable.
posted by Cannon Fodder at 12:54 AM on July 20, 2014

when i first watched this episode, it was late at night and i went to bed as soon as it was over. the next morning, i got in the shower and as i was washing my hair i was like "oh shit, i hope those navy guys are ok from that hurricane. i should check the news when i get out to see what happened."

She and Bartlet have a rarely-seen-on-TV marriage built on mutual love and respect, but not always peace and harmony. They fight and make mistakes and have it out, but they love AND respect each other above all. The only other couple I've seen come close are Tami & Coach Taylor from Friday Night Lights.
posted by terilou at 9:26 PM on July 24, 2014 [2 favorites]

When it was first airing, the scene with the navy signalman was what totally sold me on the show. It's just so well done.

I noticed this time around that most of this episode's storylines revolve around unintended consequences.
posted by brundlefly at 10:55 PM on October 8, 2014 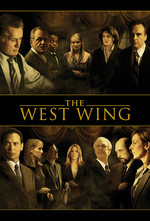