Appa-less, the gang is marooned in the great desert and forced to wander its expanse in search of Appa and water. While Sokka and Momo enjoy the native produce, Aang becomes increasingly agitated over the fate of his friend. Elsewhere, Iroh reveals to Zuko there's more to his Pai Sho than meets the eye.
posted by Atreides (13 comments total)
Drinking Cactus Juice - Nothing's Quenchier! It's the Quenchiest! Who lit Toph on fire?

Poor Aang, so lost and hurt. This episode and "Appa's Lost Days" make me the saddest I ever get until the finale, I think. It's hard to see Aang so angry and aching. Another reminder that he's just a kid who has already lost so much.
posted by angeline at 11:33 AM on June 22, 2015 [2 favorites]

A whole episode with no Appa is not a good episode. Cloud Appa does not compare.

Momo's cactus juice-fueled flying in circles nets him best animal against very little competition (AHH VULTURE WASPS, and the Rough Rhinos don't have much screen time). It's interesting how the white lotus password ("One who has eaten the fruit and tasted its mysteries") mirrors, at least in a bizarro way, what's happening with the Sokka and Momo side of the Gaang.

It was also a nice touch that Zuko is as impatient with Iroh and the other white lotus guy as the Toph hunters: "What are you old gasbags talking about"/"I'm not waiting all night for these geezers". I was hoping that Zuko was going to take up flower arranging during Iroh's absence.

Katara being able to hug Aang out of his Avatar state seems like a turning point in their relationship. His being able to see (or feel) around his anger and loss because of Katara is a huge thing.
posted by minsies at 12:12 PM on June 22, 2015 [1 favorite]

Yeah, the cactus juice, but also the vulture-wasp...honey? "I have a natural curiosity!" In these moments he reminds me a lot of the experience of having three teenaged brothers.

I think if I was watching this for the first time right now, I'd consider Appa's kidnapping to be a kind of fridging, considering how it affects Aang. Thoughts? I'm going to be watching the next few episodes with this in mind to figure out why I don't actually think of it that way.
posted by tchemgrrl at 12:17 PM on June 22, 2015

So much joking about how Katara is "the mom". But this episode for me rang the most true for what those really hard days as a mom of a young child can be like. Where you just try to keep it all together - even though you have no hope or energy left at all. But you can't even give up yourself because there is no safety net after you. So, against the nonsensical ramblings and outright hostility, you do your best to keep everyone moving, even though there is no pride in that act of even doing your best. It is only what has to be done or it is all lost. And the end there, I cried, too. That look she gives Aang - just completely worn out and deadened to all of the emotional ups and downs of the day, yet still there as the anchor to his emotional kite.

Iroh's patience with Zuko's impertinence is commendable, too. And I like the final reveal of that white lotus back room to be nothing more than an empty room with a flower in the center of the floor. No big secret Turkish baths type of facilities - just a safe room to confer and plan.
posted by jillithd at 12:17 PM on June 22, 2015 [5 favorites]

This is always the episode that gets the biggest emotional response out of me, because of that scene at the end. There are others that come close (Aang finding Gyatso's skeleton in the first season comes to mind, since it's similar thematically), but there's something about this one that gives it more heft. Probably the fact that by this point the audience has come to know and like Appa as a well-drawn character with a personality, even if he doesn't speak.

The overall tone of the show is lighthearted enough that it's usually easy to forget that, yeah, Aang is just a boy, and one who lost everything he had ever known before. Everything, that is, except Appa, who is the only one who knows both his past and his present, which just amplifies the magnitude of the loss.
posted by Kosh at 12:34 PM on June 22, 2015 [1 favorite]

tchemgrrl, as a first-watcher (I don't recall this episode at all, though some of the earlier season 2 episodes seemed oddly familiar) I wouldn't consider Appa's treatment so far to be full "fridging" territory, but rather a more general case of Collateral Angst, where Appa's plight is more important for Aang than Appa (as far as we see, which also indicates that this is more about Aang, the Avatar kid, dealing with loss).

Katara totally is the Wendy of this troupe of young people, filling the role of mother while she herself is growing up in that role and through the group's hardships.
posted by filthy light thief at 12:42 PM on June 22, 2015 [1 favorite]

-- Not only does this episode do a great job showing us that Aang is legitimately hurt and angry, and also a kid; it also shows us that the people who stole Appa were in a different sense, more thoughtless than malicious.

-- There's also a mythic quality to the story. Aang loses his past and the Gaang get stuck walking the desert because they ticked off the library spirit and therefore were not there when the arrogant young Sand Nomad decided to make some cash on the side. Their decision to lie to the spirit rebounds upon them with the loss of Appa. To the Sand Nomads, this is perhaps the story of how his stupid kid ticked off something like a god and, despite his best efforts at propitiating this angry deity, his people suffered the loss of boats, supplies, and and possessions when they're already just scraping by. Everyone takes a hit due to hubris in this episode.

Fridging is only annoying/cliche because it is so often a female character suffering to in service of a male character's story. There's no similar pattern of air bison fridging and for writing purposes they are not an oppressed group with a poor representation record in media. Using that word in this context doesn't make much sense.
posted by chaiminda at 1:09 PM on June 22, 2015 [1 favorite]

It may be a step back in his character development but the return of disgruntled Zuko (now with added bewilderment!) is comedy GOL-- well, catcus juice Sokka, so comedy SILVER. But I also liked how smoothly he played second to Iroh's badassery, in a sort of callback to the Winter Solstice fight. They make a good team.

Confession time: I complained at the end of last season that Katara's rapid ascension to waterbending mastery actually resulted in her being sidelined for a lot of season 2. I still think that's true to some extent if we're talking about an overall character arc but I had completely blanked on this part of the plot and its amazingness and I apologize to the writing team. She's the hero and main protagonist of this episode (not always the same thing), and I can nowhere near match the eloquence of jillithd's description but her bravery and compassion even in the midst of physical and emotional exhaustion wrenches my heart.

And if that weren't bad enough, Aang crying while in the Avatar state, god.

RE: Appa and fridging: Yeah, I just deleted everything I wrote about this because chaiminda was much clearer and more concise about it. "Fridging" is not just the description of a common storytelling trope, it's pointing out when that trope is used to marginalize women in media. I and I think most other people who use the term would gladly broaden it to include other marginalized real-life groups, but that doesn't include Appa.
posted by bettafish at 1:32 PM on June 22, 2015 [2 favorites]

In re: fridging; fair enough. I was thinking of it in a "they killed/hurt my dog" kind of way, more in terms of doing something convenient to a low-status character just for the manpain, especially because it's such a thoughless act on the part of the sandbender. The plotline is ultimately satisfying to me but at this point, in this particular watch, it feels kind of cheap in the way that fridging can be.
posted by tchemgrrl at 1:44 PM on June 22, 2015

Aang's manpain is not the whole point of Appa's kidnapping. We will later see Appa's point of view on it, and what we see in this episode ultimately leads to Appa's richest character development in the whole series. Suffering that is relevant to the victim and important for her own story may be otherwise problematic but it's not a fridging.
posted by justsomebodythatyouusedtoknow at 7:18 PM on June 25, 2015

This is one of those episodes I appreciated even more on my third (fourth?) time through, because of the various steps taken to help us understand that Aang's world is upside down. It begins with the camera angles on the main characters, which taken their very familiar appearances and gives them a new and unfamiliar dimension. Next, we have these incredibly vibrant colors that simply stand out of place compared to the color palette we're used to seeing on the show (I've never really spent any time in the desert, though I have heard the colors of the sky are more vibrant), and then of course, Sokka and Momo, in their hallucinatory state presenting a skewing of their world to themselves.

It's definitely a story about grief and the inability to express it, and it turns Aang into someone he isn't, which at its worse, is a spiteful killer (of a nasty buzzard wasp, yuck!).

But, for as much as the world went crazy, Katara was there, and in the role of mother-figure as jillithd so perfectly described. It's a role she's assumed since her mother died and she's so incredibly strong and unwilling to give up in the face of the absolute worse circumstances possible.

The last time Aang went into the Avatar State out of grief, it was when he discovered Gyatso's skeleton. Katara had to speak to him then, to tell him he had a new family in her and Sokka. This time, though, that went unspoken because it was a known fact and not a word was said at all. It was a beautiful moment and callback to the past which summed up everything that the group has become since that initial time.

I kind of glossed over the passphrase for the White Lotus Society, so thanks to Minsies for pointing it out. To a degree, I wonder if it's a reference to the Biblical fruit of knowledge (which obviously, would not be an in-universe reference). But gosh, it does make for a funny reflection of Sokka's own experience, but I suppose it also means that the members of the White Lotus Society perceive the world in a different way than the normal person - which is kind of implied by Iroh's lesson to Zuko about learning from all the cultures of the world and not just one.

By the way, pour a little drink on the ground for the Bill the Pony of the Avatar universe. Zuko's ostrich horse simply disappears never to be seen again after numerous episodes and adventures. Good by brave ostrich horse!
posted by Atreides at 2:39 PM on July 6, 2015 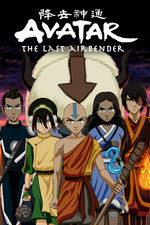