Two Los Angeles homicide detectives are dispatched to a northern town where the sun doesn't set to investigate the methodical murder of a local teen.


Insomnia is an American adaption of the Norwegian 1997 film of the same name. (A comparison of the differences between the two films; the 1997 film also contains more sexual violence than the 2002 film).

Along with One Hour Photo (previously), the film represents a time in Robin's career where he departed from his usual roles and played disturbed, dangerous characters and did so well.

Pacino and Williams are very good together. Their scenes work because Pacino's character, in regarding Williams, is forced to look at a mirror of his own self-deception. The two faces are a study in contrasts. Pacino is lined, weary, dark circles under his eyes, his jaw slack with fatigue. Williams has the smooth, open face of a true believer, a man convinced of his own case. In this film and "One-Hour Photo," which played at Sundance 2002 and will be released later in the year, Williams reminds us that he is a considerable dramatic talent--and that while, over the years, he has chosen to appear in some comedic turkeys ("Death to Smoochy" leaps to mind), his serious films are almost always good ones.

With a run-of-the-mill bad-guy actor playing chief suspect Walter Finch, the movie might have tipped too far Pacino's way. But Robin Williams is a shockingly effective counterweight. The key is what he doesn't do: Those rubber features remain rigid, that madcap energy harnessed. The sour little curl of Williams' mouth reminds me of Laurence Olivier in The Entertainer (1960)—all the paranoid alertness of a stand-up comic with none of the genial pandering. There is nothing so despairing—or potentially so lethal—as a clown who has given up hope of making us laugh but wants to have an impact on us anyway.

Finally, the film represents a triumph of atmosphere over a none-too-mysterious mystery. Which is to say that Nolan — remaking a 1997 Norwegian film, adapted by Hillary Seitz — makes you feel the end-of-the-earth bleakness of his setting, makes you feel the way it can discombobulate people once they internalize it. Insomnia is not a spectacular moviegoing "memento," but it is thoughtful, quietly disturbing proof of a young director's gift.

The Norwegian movie, the debut feature of Erik Skjoldbjaerg, used the two-murder plot to dramatize, in extremis, the psychological jumble most of us carry around every day - the kind that exhaustion can turn dangerously unstable. What's different about the American version is that the detective is a target of an Internal Affairs investigation, which gets almost as much play as the homicide investigation and provides the audience with too pat a reason for the hero's creeping miasma. That addition typifies what Nolan and his screenwriter, Hillary Seitz, do with every moving part of their second-hand vehicle: they hem it in with cliches, rendering it immobile.

The fact that this was Christopher Nolan's follow-up to Momento and his first studio picture has earned it notice as part of a consideration of his career, his film-making style, and the themes he tends to work with.

The Christopher Nolan film no one seems to remember:

"In a way, it was probably “forgotten about” because it was his most traditional film. After Memento, which was the film version of rocket fuel for an emerging talent, Nolan leveraged his new name-recognition to earn a bigger budget and bigger stars."


Revisiting the Scene of the Crime:

"...for several critics Insomnia represented a sweeping stylistic change of direction that not only undermined Nolan’s creative talent, but also marked the beginning of his gradual transition towards more conventional, and thus pedestrian, mainstream filmmaking practises...
...I aim to suggest that, despite the prevailing climate of academic and critical disregard, Insomnia can be considered one of the key films in his body of work to engage with the effects of traumatic memories on consciousness."

Nolan is, I think all parties will agree, an innovative filmmaker. Some will argue that his innovations are feeble, but that’s beside my point here. His career offers us an occasion to think through some issues about creativity and innovation in popular cinema.

posted by nubs (9 comments total) 5 users marked this as a favorite
Gosh, I remember how this seemingly came and went with barely a blip on the public consciousness, yet it really stayed with me for while - I was in a phase of life (oh, those gosh-darn 20s) were I kind of felt like I was sleepwalking through everything and nothing seemed real and this really captured that sense of dislocation so well.
posted by psoas at 5:14 PM on July 3, 2015

I know the first time I watched it, I was a little disappointed because I was expecting the sort of traditional Al Pacino gritty cop chasing serial killer story. It took until I watched it again with some friends to realize that it is a psychological/atmospheric movie about a person's disturbed state of mind. It is about dislocation and disorientation, which is why it comes across as rather pedestrian if you think you are watching a police thriller.
posted by nubs at 8:52 PM on July 3, 2015 [1 favorite]

I agree with Ebert that having Robin Williams play the whole thing deadly straight was so creepy; I felt like he was going to unleash that energy at any moment, and he didn't, and it was gripping. That depends on knowing who he is as a character, though, so it probably won't have the same effect on future audiences, like people nowadays not getting how shocking Jimmy Stewart's creepy obsessive character in Vertigo was at the time.
posted by Elementary Penguin at 3:38 AM on July 4, 2015

Does the remake have the scene where the protagonist stands in the bathtub?

That scene was the whole original movie for me. The protagonist is hiding in a bathroom. It's so small there's not really anywhere inside the bathroom to hide. If the door is opened he will be seen. Not knowing what else to do, he stands in the bathtub. He doesn't close the curtain because it might make noise, or because he knows it's futile because Skarsgård is so tall he doesn't even look like he fits in it. Or maybe he is too proud to duck down. He just stands there helpless, facing the door, waiting to be discovered or not. He's made himself look ridiculous in a desperate, kind of worthless attempt to escape visibility.

I just saw that the remake got a 92% on Rotten Tomatoes which is both surprising and lol not surprising. Critics do love names on posters. (Plus RT's methodology is dumb of course.)
posted by nom de poop at 8:44 AM on July 4, 2015

I agree with Ebert that having Robin Williams play the whole thing deadly straight was so creepy; I felt like he was going to unleash that energy at any moment, and he didn't, and it was gripping.

I didn't really get that... When Insomnia came out, it had been a long time since The World According to Garp and The Fisher King, but I still thought of Robin Williams as an actor with some range. And even though Pacino does bombast, he can can do brooding.

IDK if he had yet slipped into an almost Nic Cage like self-parody of garbage shit clown acting that almost manages to make bad movies watchable but not really.
posted by nom de poop at 9:01 AM on July 4, 2015

It doesn't compare favorably with the original, but that's not to say it's a bad movie. And it's the rare Hollywood remake of a depressing European original that ends with the death of the protagonist (the original ended with the detective alive, but knowing something about himself he can longer ignore).
posted by infinitewindow at 9:51 AM on July 4, 2015

It's been a long time since I saw either, but I remember thinking this was a poseur-y attempt to remake the original without any of that film's real moral darkness. Pacino's cop isn't all that bad, really -- certainly not compared to the cop in the original -- and his eventual redemption is some straight-up Hollywood. That said, Williams is great; easily the highlight.
posted by kittens for breakfast at 6:31 PM on July 4, 2015

"It doesn't compare favorably with the original, but that's not to say it's a bad movie."

I loved the original so I never saw this remake. Which I feel a little badly about, because an old friend of mine and her husband are both producers, his production company (Alcon) produced this, and during production my friend got to know and became pretty good friends with Robin Williams. She sent me a couple of emails during that period talking about how nice of a person Williams was. (I also didn't watch Prisoners or any of the Sisterhood of the Traveling Pants movies, which were actually her productions, so I guess I'm a shitty friend.)

The reviews I read of it at the time said that both lead performances were pretty good. But I just couldn't bring myself to watch it -- I'm extremely skeptical of Hollywood remakes of good foreign films. I still have a huge grudge about The Vanishing and it's been twenty-two years.
posted by Ivan Fyodorovich at 7:15 AM on July 7, 2015

Spoorloos is twenty-two times the film The Vanishing was, so that grudge is entirely justified, Ivan Fyodorovich.

The only part of the Insomnia remake that excited me was the chase through the logging yard. It didn't exist in the original and seemed like it came from some other, better Hollywood movie. That was Batman-Nolan poking through, I imagine.
posted by infinitewindow at 2:49 PM on July 7, 2015 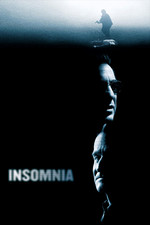