Amy Schumer stars (and co-wrote the script) in this Apatow romantic comedy.

In “Trainwreck,” Ms. Schumer plays, well, Amy, a more vanilla version of one of her comically flawed women, who aren’t as remotely together as they think or may appear to be. The movie, which was directed by Judd Apatow from her script, is often extremely funny, even if it never approaches the radicalness of her greatest, most dangerous work.

The Mary Sue: Does Trainwreck Live Up to its Own Feminist Standards?


Schumer is a controversial figure as a comedian and a feminist, but she imbues Amy with enough agency that I was able to believe her character’s decision to GET SERIOUS ABOUT LIFE (aka get a boyfriend and throw out her bongs?) was her choice as an individual, and not just the result of societal pressures ... If I were to try and chart Amy’s growth from the beginning of the movie to the end, I’m not sure I’d like what I saw from a feminist standpoint. At the same time, Trainwreck didn’t actively offend me while I watched it, which, sad to say, is kind of remarkable.

Despite Schumer’s joke-heavy sketch background, this isn’t Apatow’s funniest feature on a laughs-per-minute level. But unlike many comic vehicles and just as many big-city romances, it’s a real, and ultimately rewarding, piece of work. A big-studio romantic comedy infused with actual human feeling is just as rare an accomplishment as the perfect comedy sketch.
posted by lunasol (17 comments total) 2 users marked this as a favorite
Tilda Swinton and LeBron James: now officially co-stars. Wonderful. I thought this movie was really fun, and the emotional center was on-point. As much as I like watching Amy Schumer clips on youtube, wow, it's even better watching her comedy in a room full of other women laughing in self-recognition at all these things we all experience and talk about, but which you never really see depicted in pop culture.
posted by Solon and Thanks at 9:51 PM on July 18, 2015 [1 favorite]

it's even better watching her comedy in a room full of other women laughing in self-recognition at all these things we all experience and talk about, but which you never really see depicted in pop culture.

Exactly. That alone was an amazing experience. I went to see it with a good female friend and afterwards we kept saying things like "oh, and THAT part, that was so great!"

I also kept seeing the film through the lens of the epic emotional labor thread from this week on the Blue. I thought the film had a really interesting take on that. One of the things that made her "mean" was her refusal (intentional or not, it's unclear) to perform extra emotional labor with the random guys that she sleeps with. But the film doesn't punish her for that. She does do a lot of emotional labor with her father, which seems appropriate. And in the end (SPOILER, obv), the relationship that works out does so because they both do some emotional work to make it successful (I LOVED the part where Bill Hader's character talks about how it's important to argue).

I am also really excited that this seems like it will be a big hit. My friend and I were going to see the 4:30 screening, which had sold out (an hour before it started). But the theater had added two more afternoon screenings - and there was an actual line to get into the theater for ours. I haven't waited in line to see a regular movie in at least a decade.
posted by lunasol at 6:19 AM on July 19, 2015 [2 favorites]

I totally agree with that Mary Sue review. It was a fun movie, and I laughed a lot, but, man, did it traffic in some deeply formulaic anti-feminist elements. You know what they say -- marry a doctor! I need a man to teach me to be nicer and move forward in my life (since I have daddy issues)! I think it would have been a better movie, if she had met someone who was more her equal, and they had learned together to be in a relationship.

That being said, Tilda and LeBron were great. I loved Dave Attell as the homeless guy, and there were a LOT of quote-worthy jokes. The scene in the movie theater was my favorite. In all his scenes, I thought John Cena punched way above his weight - hilariously impressive performance.
posted by bluefly at 9:36 AM on July 19, 2015 [4 favorites]

I think it would have been a better movie, if she had met someone who was more her equal, and they had learned together to be in a relationship.

Huh. I really did not see them as unequal. Sure he's a doctor but she seemed to be at the top of her field too - even after she got fired, she was selling stories to Vanity Fair! And I actually think it's pretty important that she did not actually "marry a doctor." The end of the film was not them getting married or engaged or even really talking about that. It was them both deciding that they wanted to try to make things work.

Definitely agree about John Cena - he was hilarious and really brought a lot to what could have been a total throwaway role.
posted by lunasol at 12:34 PM on July 19, 2015 [4 favorites]

I really did not see them as unequal. Sure he's a doctor but she seemed to be at the top of her field too - even after she got fired, she was selling stories to Vanity Fair!

I wasn't thinking about equality in their careers, but more in their emotional/relationship intelligence. It might have been more interesting if Aaron had had more relationship issues of his own (he seemed to do the right thing always, even when he was upset). I felt, with the scene at the baby shower, that it was strongly implied that Aaron was a traditional guy who wanted to get married and have babies as an end goal to a serious relationship, and his goals didn't seem to get changed. She may not have married the doctor at the end of the movie, but it's not a stretch. I didn't dislike the movie as much as this New Yorker reviewer, but he articulates better what bothered me a little bit.

"in this Apatow romantic comedy"

I liked it but I was annoyed by the way Aaron overrode Amy when she told him no.

Yes! That annoyed me too.

Also, bluefly, your comment made me realize that Bill Hader's character is essentially a Manic Pixie Dreamgirl-type character, in that his role is basically to support and facilitate the growth of the main character. Not the most nuanced storytelling but an interesting flip.
posted by lunasol at 5:21 AM on July 20, 2015 [6 favorites]

I think the editing could have really been tightened up, but that's sort of how all of Apatow's movies are. That might just be more of a personal preference for me since I tend to like a stronger story.
I didn't really buy the chemistry between the two. They had the "getting to know each other" montage but to me it wasn't quite enough to show what they saw in each other. I guess the treadmill scene was a good start but I felt like I needed a little more for him to really break through her walls.
At dinner she starts to learn a little about his family but I can't even remember the details now -- I feel like they could have expanded on that common ground -- relating to each other's difficult childhood, etc. Then, like bluefly says, they could have sort of helped each other overcome their hurdles.
posted by starman at 12:47 PM on July 20, 2015 [2 favorites]

Well, I liked it.

Things that surprised me:
* LeBron was hilarious. Pimping Cleveland, refusing to pay the check, the basketball game.
* Amy's eulogy was brilliant.
* Wow, that intern has waaaaay too many surprise kinks for his age. Calm down, bro, that's not shit you spring on a girl outta nowhere. Boy, is he going to be fun once he turns 18 and hits his first munch.
posted by jenfullmoon at 5:32 PM on July 30, 2015 [2 favorites]

In all his scenes, I thought John Cena punched way above his weight

I really liked this movie!

I enjoyed the relationship between Amy Schumer and Brie Larson's characters. Larson stole every scene she was in, to me. I liked how they made her character, Kim, so diametrically opposite to Amy's and yet did not go down the obvious route of making them fall out over their different lifestyle choices. They're different, and that's fine. It reminded me of the relationship between Judy Greer and Bryce Dallas Howard's characters in Jurassic World, except Trainwreck takes that same essential dynamic and just makes it so much less annoying and anti-feminist and so much realler. When they do fight-fight, it's about their relationship with their dad, which seemed like a much more truthful take on it, and I'll admit I got a little teary when they made up (shut up, it was late).
posted by Ziggy500 at 3:40 AM on August 21, 2015

I think Amy Schumer wrote a romantic comedy script that was a solid A. But Apatow's direction continues to drag, as it has over the last few films. This is at least 20 minutes too long, and the lack of music makes it weirdly airless in spots. I feel guilty even saying that as coming up with minor nitpicks about Schumer's work is practically the favorite sexist-posing-as-a-feminist national pastime of the moment. But I don't think I have a single negative thing to say about her or her performance. I just think Apatow fucked up the pacing.
posted by DirtyOldTown at 3:07 PM on September 5, 2015 [1 favorite]

It was oddly jarring seeing the amazing Tilda Swinton and Ezra Miller doing scenes together again after their mother and son roles in the super creepy good "We Need To Talk About Kevin." They both are always so intriguing to watch.
posted by hush at 9:13 PM on September 9, 2015 [1 favorite]

I just watched this last night on HBO and I didn't realize that was Tilda Swinton until the credits.

Great movie, super funny, and unlike most comedies that try to incorporate some dramatic/emotional elements in them, all of the emotional scenes felt really earned.

Eventually we are going to have to stop being surprised that professional wrestlers can act (Dwayne Johnson, etc).
posted by Rock Steady at 6:37 AM on May 13, 2016 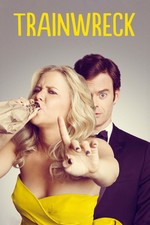