Nelly (Hoss), a well-known chanteuse before World War II, emerges from Auschwitz with severe facial wounds due to a shooting. Her long-time friend and admirer Lene (Nina Kunzendorf) provides for the frail Nelly and guides her to a plastic surgeon, who offers Nelly a brand new face. Nelly wants none of it: she wants her "real" face back, as well as her prewar life, including her missing German husband, Johnny.

Lene, who obsessively searches camp death records to find out the fate of her friends and their families, advises Nelly of Nelly's substantial upcoming inheritance (sadly due to the murder of Nelly's family). Nelly begins to question Lene about the missing Johnny: Lene says that she wants nothing to do with Johnny.

Nelly undergoes facial reconstruction surgery and as soon as she can talk, sets out in search of Johnny (Ronald Zehrfeld), who was her accompanist before the war. She finds him, but the reunion is not quite what she expected or wanted.

"Phoenix" is one of several thought-provoking collaborations between the German director Christian Petzold and Nina Hoss. (I can personally vouch for Yella .) Cinephiles will find strong callbacks to older films in Petzold's work. For "Yella," the most obvious reference is Carnival of Souls. "Phoenix" takes on Hitchcock's redoubtable Vertigo and is a worthy successor to it (in some ways surpassing it, perhaps because of the weighty historical context of "Phoenix".)

Read these folks' work on "Phoenix" AFTER you've seen the movie:

Sheila O'Malley
Farran Smith Nehme (Self Styled Siren)
posted by Sheydem-tants (5 comments total)
This was an amazing movie. It was compelling...I just had to see what was going to happen next, even though I wanted the main character to make different choices. Still, it was (in a strange way) understandable why she did what she did at the start. (Hard to talk about without spoiling it...I agree, people should see it first.)

This movie gave me so much to think about. Truly excellent.
posted by gemutlichkeit at 6:12 PM on January 4, 2016

Loved this movie. So amazing to look at, you can just pause anywhere and you've got a perfectly composed shot.
posted by octothorpe at 7:23 PM on February 2, 2016 [1 favorite]

I saw this awhile ago and enjoyed it a lot. I love when things build up to a cathartic kind of proof of righteousness and this movie delivers an incredible one.

I was thinking about it because I recently saw Barbara and Yella which are also Christian Petzold movies. So much Nina Hoss! The first time I first saw her was in A Most Wanted Man and I thought she was the only good aspect of it really.
posted by fleacircus at 8:50 PM on February 25, 2020 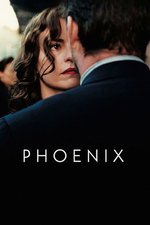