I'll try to post successive episodes each Sunday and Wednesday. There are 19 episodes in the first two seasons. Depending on the actual S3 airdate we may have to cram a bit toward the end. I'm OK with that. Sorted? OK; Some hits:

It's not but it can be -- We didn't scare so easy -- No one's named Karen -- I'm a Marine, Don, I will beat the shit out of you! -- That was the last time you were a nice guy! -- Did you hurt anything? Ecerything, I think. -- You paid a million dollars to be able to fire me any time you want? -- You've got a news alert -- It would be like trying to toss a hat on a firehose -- Hear me now / Oh thou bleak and unbearable world / Thou art base and debauched as can be / And a knight with his banners all bravely unfurled / Now hurls down his gauntlet to thee -- It's, it's... quixotic? -- I have a blog!? -- Let's throw out the rundown -- Youtube! Youtube! -- Jim? You have a hold button -- I don't have subpoena power, everyone comes on this program voluntarily -- [VAMP] -- For along time now I've badly wanted to watch the news on my TV at night, then it occurred to me I run a news division -- We just decided to.

Yes, this post's format is partly homage to the man of twists and turns' excellent Fringe posts.
posted by axiom at 6:57 PM on August 6, 2014

One of the first things I noticed were some similarities with Studio 60's pilot episode. But I didn't mind at all. I really enjoyed this series (and Studio 60).

Y'all know how I love live television production, but this was a detail I'd somehow overlooked when I've watched this episode a couple times in the past. I wonder how often something like that happens, where an anchor has to do the whole program off-the-cuff and all that's on the prompter is "[VAMP]"? That's got to be a helluva feeling, to go to air with nothing prepared.
posted by ob1quixote at 11:00 PM on August 8, 2014

I love Sorkin so much; but I remember vividly when I this aired. I was 1000 or so miles from home at a tech conference and I went to my room to watch it.

It’s been..... an eventful 4 years and 4 months since the last comment.

I do long for world with more evidence of well meaning competent (if flawed) people doing their passionate best in service to something larger than themselves. Even if they just play them on tv.
posted by mce at 1:25 PM on December 10, 2018 [1 favorite] 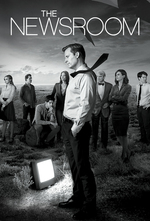