A working-class family from Melbourne, Australia fights city hall after being told they must vacate their beloved family home to allow for infrastructural expansion.


The Guardian: What was it about The Castle that connected so strongly with critics and audiences? The wonderful thing about Rob Sitch's magnum opus (he also directed The Dish, a pleasantly fluffy soufflé of historical recreation, and Working Dog's shamelessly American-brand romcom Any Questions For Ben?) aren't the jokes, which flow thick and fast, but the way in which the film manages to balance deprecation with tenderness and warmth.

"My name is Dale Kerrigan, and this is my story," intones the opening words of Stephen Curry’s narration. With a mullet, fringe, freckles and an awkward direct-to-camera gaze, Curry’s look resembles the kind of daggy high-school photo we put in a drawer and try to forget about. "Dad bought this place 15 years ago for a steal. As the real estate agent said, location, location, location. And we're right next to the airport!"

NYTimes: If ''The Castle'' is essentially a one-joke movie, the sheer giddy stamina with which it insists on the Kerrigans' joie de vivre keeps it afloat. For his initial courtroom skirmish, Darryl engages Dennis Denuto (Tiriel Mora) a local lawyer of spectacular incompetence and naivete. In the wittiest scene, this bumbling idiot argues to a hard-boiled judge that ''the vibes'' of Australia's Constitution support Darryl's cause.

Roger Ebert: The movie's comic foundation is the cozy if spectacularly insular family life of the Kerrigans. They think almost as one. When Darryl rises to offer the toast at his daughter's wedding, he begins expansively with, "speaking as the bride's parents. . . ."

19 Things you Probably Didn't Know about The Castle

Lawyers and Film: The Castle
posted by MoonOrb (10 comments total) 3 users marked this as a favorite
Such a good movie. As an ex-pat living in Oz, it's also a very important pop-culture introduction. I hear a line from this almost weekly from random people.

I remember renting this based on an Ask Metafilter recommendation...I was a little apprehensive before watching it because the description did seem very one-joke, but it was a delight and I was not disappointed!

This is a great post. It's going straight to the pool room!
posted by everybody had matching towels at 6:19 AM on February 11, 2016 [3 favorites]

Saw this for Father's Day with my dad in the theater in 1997, probably the only weekend it played in Jacksonville, FL...Instant classic for our family. I gather that it's a big deal in Australia, as far as as classic-status...My brother told me that he and his wife overheard some Aussies in Paris quoting it to each other ("Tell 'im he's DREAMIN'!") as recently as a year or two ago.

I've seen both the original Aussie version and the American version...It's too bad that Miramax felt the need to change several minor cultural references ("two-stroke" is overdubbed into "diesel", etc) that really only made it feel like they presumed that Americans couldn't handle a few small things they might not pick up on...But I have to say that I love the music in the American one, both the song choices and the new score.
posted by doctornecessiter at 6:41 AM on February 11, 2016 [1 favorite]

Oh and olinerd, I was totally floored to realize that was Eric Bana, too.

Up until that point in time, Con was sort of character had been Eric Bana's stock in trade (see: Poida).

I haven't seen this movie since it came out and I absolutely must revisit.
posted by prettypretty at 4:03 PM on February 11, 2016

I dug another hole.

Hey, thanks for posting this. I had never heard of this movie but from the comments here thought my kid and I would like it. It's on Netflix right now and we watched it last night and both loved it! Everyone is totally sweet and great (except for the evil corporate guys - boo on them!).

This is a great example of how the rating system is shit. This gets an "R" for multiple instances of the word "Fuck", while superhero movies show characters getting impaled, crushed, and thrown out of buildings and get a "PG". What horseshit. This was like, the best family movie!
posted by latkes at 8:59 PM on February 16, 2016 [2 favorites]

I was re-watching it and the one thing I thought it was missing was a sausage sizzle.
posted by jadepearl at 10:49 PM on August 8, 2017 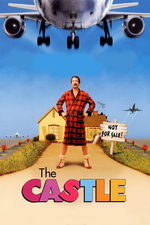