Harry finds himself mysteriously selected as an under-aged competitor in a dangerous tournament between three schools of magic. Series and book spoilers.

With this fourth film, the Harry Potter saga demonstrates more than ever the resiliency of J.K. Rowling's original invention. Her novels have created a world that can expand indefinitely and produce new characters without limit. That there are schools like Hogwarts in other countries comes as news and offers many possibilities; the only barrier to the series lasting forever is Harry's inexorably advancing age. The thought of him returning to Hogwarts for old boys' day is too depressing to contemplate. - - Roger Ebert

I think this book was particularly difficult to convert to a film. There was so much detail in the books that much of it was dropped. A few missing elements that come to mind are:

-Ludo Bagman and the gambling, debt, twins trying to shake him down, and Harry giving them funds.
-House elves (save the second they appear before the world cup) and the interesting Winky and Mr. Crouch dynamic. Also the house elf liberation front
-Sirius and Harry forming a meaningful relationship
-Percy acting as Crouch's replacement and the ministry ignoring his absence

Things they changed which seemed unnecessary:
-"DID YOU PUT YOUR NAME IN THE CUP?!"
-The other schools were coed in the books
-The maze was kind of boring compared to the book
-The color of Hermione's dress (this legitimately bothered me for a few years)
-The Weasleys showing up in support of Harry at the last task (Mr. Weasley was there but the feels weren't)
-Explanation of the events leading up to Voldemort's return. The dorm room "you saw your parents" thing felt so empty.
posted by toomanycurls (7 comments total) 2 users marked this as a favorite
‘Did you put your name into the Goblet of Fire, Harry?’ Dumbledore asked calmly.

This was my least favorite movie until my last rewatch. I hate the teen angst, though it's sort of inevitable. That mostly ends after the first hour and it turns into a decent movie. Even if the whole tournament idea is asinine.
posted by 2ht at 6:09 AM on April 24, 2016

The thing with that scene is that although it's never said outright, Dumbledore is like a ninth-level grandmaster legilimens. So every time he talks to Harry he's looking intently at him and rummaging around in Harry's mind, which is one of the reasons he always knows what's going on. The way he does the line in the movie doesn't convey that at all. It's more like a stern but oblivious parent.
posted by wabbittwax at 9:03 AM on April 24, 2016 [1 favorite]

Tangent but oh man, legilimency is so underexplored in the HP canon and so often misused as yet another super|Harry power in fanfic, when it should profoundly influence wizarding social norms even if the skill is rare. Like how the custom of shaking hands was supposedly about demonstrating one isn't holding a weapon shouldn't there be social norms about holding eye contact? A legal or at least cultural framework for how/when testimony gained from mind reading can be obtained or used? How did Lucius prevent Dumbledore using legilimency during a board of governors meeting to gain intelligence about his plotting? Would doing so have been socially inappropriate? Or is Lucius an occlumens? How common is a knowledge of occlumency anyway? So many questions I have. (Not saying JKR should have bogged down her books, much less the film, with endless exposition about this stuff but I still wonder.)
posted by Wretch729 at 8:55 AM on April 26, 2016 [5 favorites]

The scene with Dumbledore in the Gryffindormitory is extremely unsatisfying. That's going to become a theme from here on out in the movie series: endings less satisfying than the book. I know the argument is that Dumbledore and Harry just sitting and talking for fifteen minutes isn't cinematic, but I'm sure it could have been done at least a little better. If people were willing to sit through "My Dinner with Andre" they'd certainly sit through "My Debriefing with Harry".
posted by wabbittwax at 6:24 PM on April 26, 2016 [3 favorites] 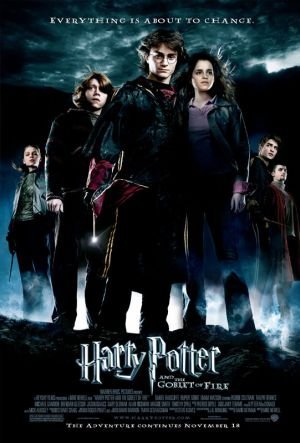